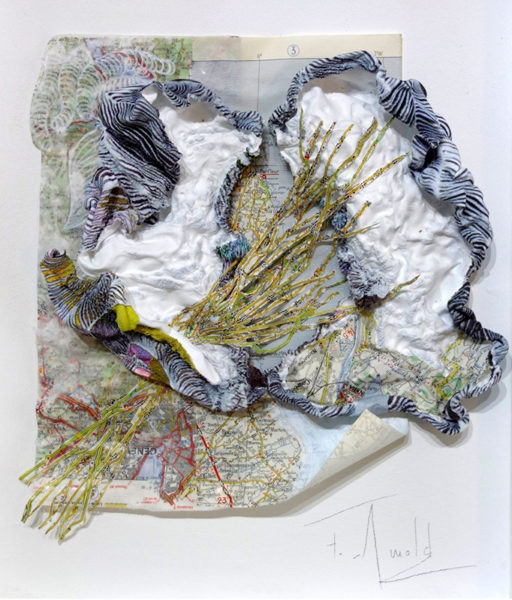 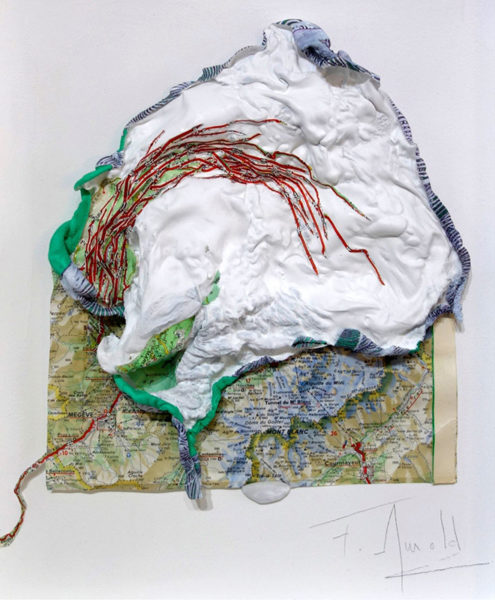 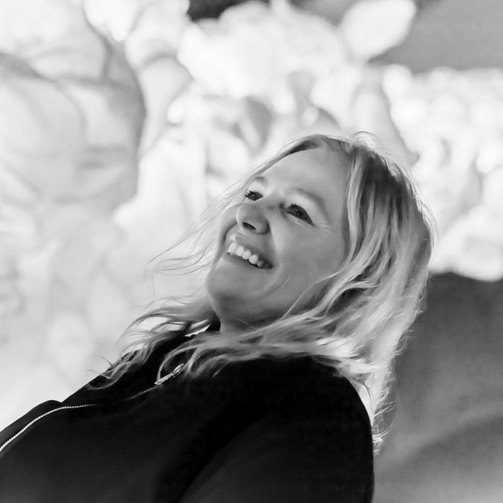 Born in 1975 in Alsace (France), Flo Arnold grew up in Casablanca (Morocco). Graduated from the Académie des Arceaux (Montpellier, France), she continued her studies in the United States, where she became a member of The American Watercolor Society. She currently lives and works between Morocco and France.

The blending of cultures is a key element in her work. She has continued to explore this idea through many trips abroad, which include Africa, Europe, and the United States. Her artistic gestures are the result of her path, and her installations display this existential nomadism. Her creations are often backlit and sometimes supplemented with sound. She uses Japanese white paper to suggest ephemerality and fragility, a material that gives her sculptures a levitating effect.

Arnold’s sculptures thus float, creating a space for contemplation, spirituality, and self-reflection. As a citizen of the world, she “feeds” her sculptures through her encounters.

In April 2018, she created at the Atelier of the Loo & Lou Gallery the in-situ installation Vertige du monde. This germination of organic flows in paper, backlit and sounded, came to devour the space like a luxuriant vegetation. The architecture of the place disappeared under an immaculate waterfall. The visual artist underlined that in order for everyone to forget the vertigo of the world around us must live in a sphere without borders, without limits in search of inner peace. This proposal is complemented and nourished by the exhibition Territoire Unique by the artist Christophe Miralles, presented in parallel in the exhibition space of the Loo & Lou Gallery Haut Marais.

Florence Arnold has had various individual and group exhibitions in France and abroad as well as exhibited her work in numerous art fairs. She participated twice (in 2014 and in 2016) in the Marrakech Biennale. In the latter’s last edition, she exhibited for the first time one of her installations of water-repellent paper on sheathed brass. Following her participation in the art fair JustMad (Madrid, Spain) in 2019, she received the first prize of the Room Mate Collection. She also participated in Art Paris in 2019 with the Loo & Lou Gallery and in 2020 with the Bogéna Gallery (Saint-Paul-de-Vence, France).

Her work can be found in many private and public collections internationally, including the Mamda Foundation in Rabat, the Saadi Palace’s fonds in Marrakech, the BMCE Bank in Morocco, the San Francisco Food Bank, the Royal Palace of Morocco and the Palmeraie Museum in Marrakech.