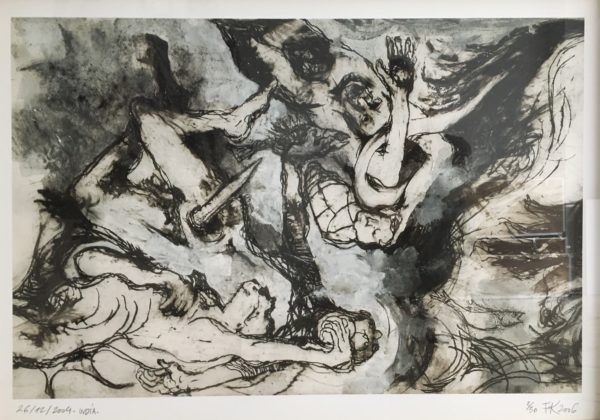 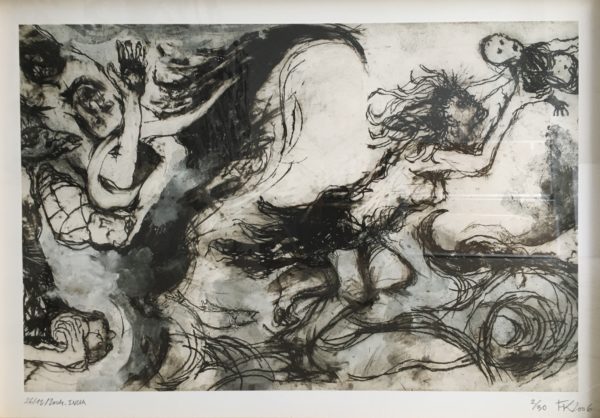 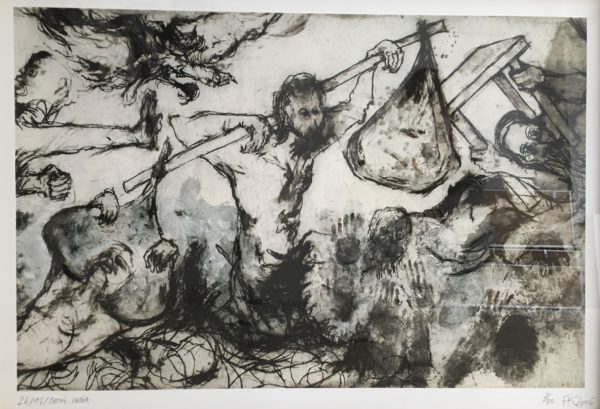 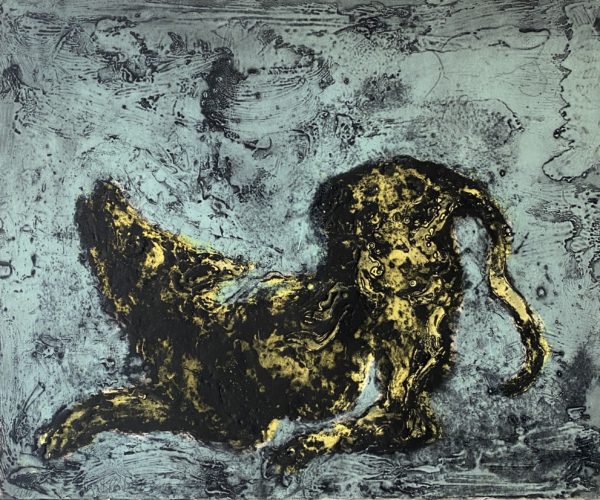 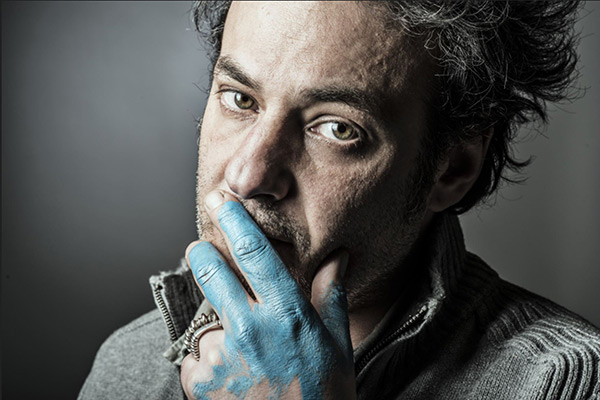 Fred Kleinberg was born in 1966 in Paris.

He is graduated from the Ecole Nationale Supérieure des Beaux-Arts in Paris, and in parallel he produced with several artist collectives some urban art in the public space by mixing painting with performance.He has been exhibiting his work as a painter since 1983 internationally: in Europe, in United States and in Asia. His work is shown in private collections, galleries and public institutions. Globe-trotting artist, he has been selected for numerous artist residencies: the Villa Medici in Rome in 1996 in collaboration with the novelist Kits Hilaire, the Museum of Contemporary Art in Moscow in 2001,the Art Residency of Pondichéry in 2004 in India, in China in 2010 in collaboration with the Hong Merchant Gallery of Shanghai, and in India in 2018 at the University of Shantiniketan. He received several painting awards: the Salon de Montrouge prize in 1998, the Coprim foundation prize in 2000, the Taylor foundation prize in 2008, the Charles Oulmont foundation prize in 2008 and the 1st contemporary art prize of Monaco in 2014.

Fred Kleinberg sets his work as a successive thematic projects and naturally, intuitively, he is inspired by travels around the world to create his new series.

Each of its main exhibitions show these thematic series: “La mémoire au corps” at the Coprim foundation in Paris in 1999 ; “D’obscénité et de fureur” at the Passage de Retz in Paris in 2002 ; “Made in India” at the Koehnline Museum of Art in Chicago, USA in 2006 ; “Baroque Flesh” at the Polad-Hardouin Gallery in Paris in 2011 ; «Territoire d’héroïsme et de fureur», his first retrospective exhibition, at the Messine Gallery in Paris in 2012 ; “Reborn Project” at the Frank Pages Gallery in Geneva, Switzerland in 2015 ; “Odyssey” at the ART Elysées fair in Paris as guest of honor in 2017.