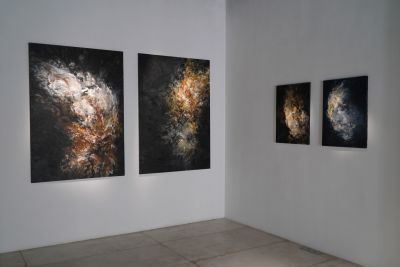 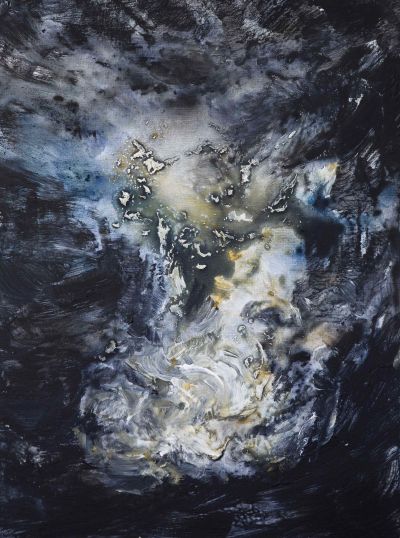 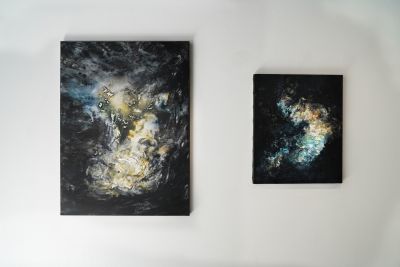 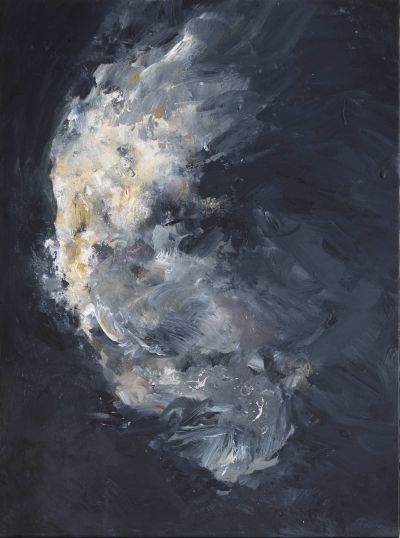 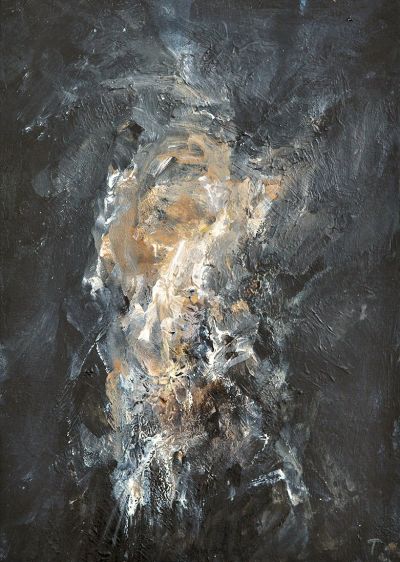 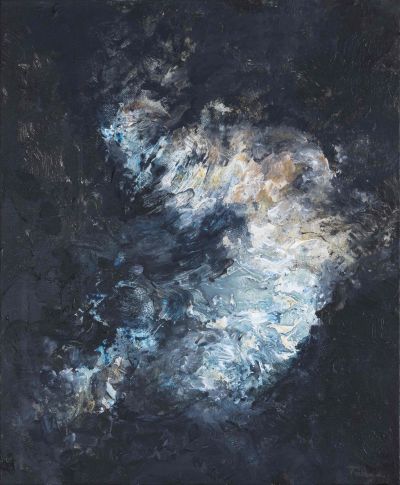 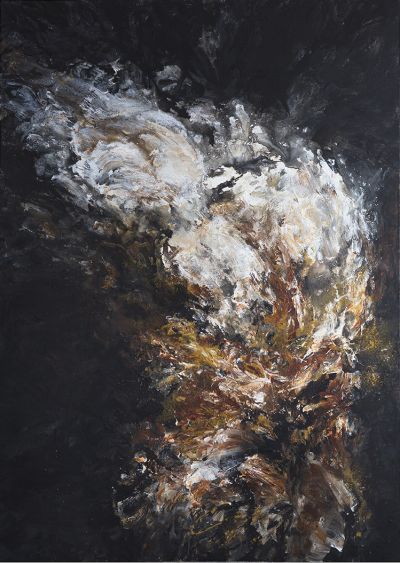 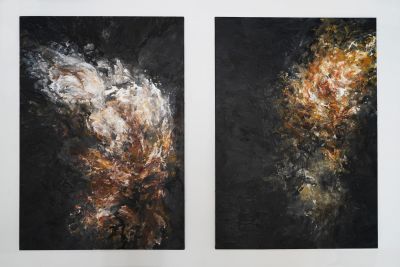 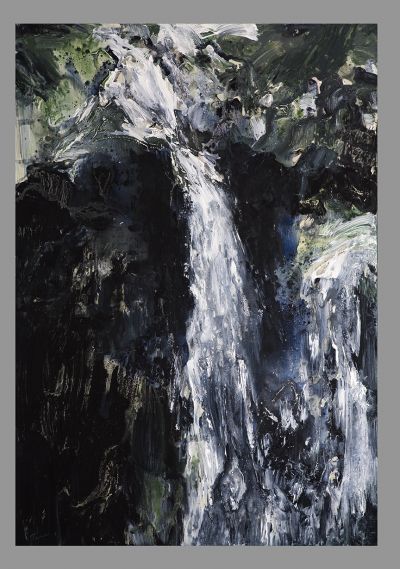 "When approaching Tana Borissova’s paintings, a moment of epiphany may arise while gazing into their forms. Many of the works proposed in this exhibition escape the immediate classifications that we usually lend to this technique. The viewer may have difficulty grasping what exactly they are looking at, with no obvious sign emerging that can satisfy certain interpretations and reassuring identifications. The absence of any iconography and the spontaneity of the organic forms testify to a proximity manifesting itself as lyrical abstraction. Shall we not acknowledge a certain effort to resist different types of visual and conceptual anecdotes that have dominated the history of painting?

Borissova shares the painter Nicolas de Staël's "undecided" position by refusing to choose between abstraction and figuration. If her blue paintings evoke waterfalls, she refuses any reference to the idea of a landscape. Nature as it is shown here has nothing to do with a fleeting impression of a pastoral scene. It refers more to the ancient conception of phusis, designating a continuous birth of forms; a momentum that is miraculously captured in the thickness of her paint strokes.

Borissova skilfully plays with the contrasts between the intensity of black backgrounds and a chromatic efflorescence that invades the canvas. She also produces a duality of transparency and opacity, tempering the impact of her rough impasto with the liquescence of the acrylic paint. By giving the motifs the appearance of crackling matter, the artist opens her painting to the elements of poetic fire and imaginary water.

Her figures are forever in suspense, caught in between a stark presence and the heaviness of absence, like a passage, emergence, breakthrough, or burst. The canvas becomes a sequence of twisted, fragmented, and undulating forms, carrying its motives in aquatic and carnal becomings, as in the aerial and lyrical blazes of the Embrasure series.

Emerging from the obscure depths of memory, Borissova offers us a moment that has been torn from oblivion and the alienation of the world." 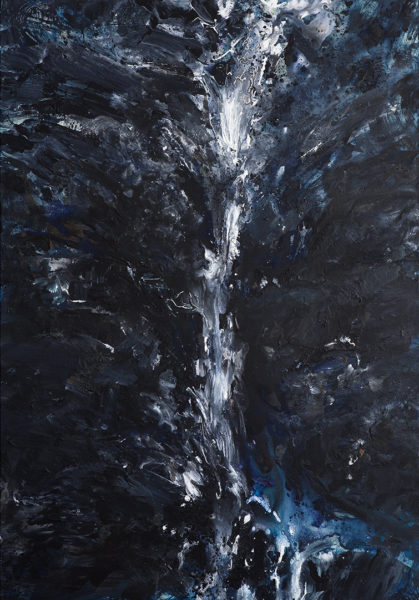 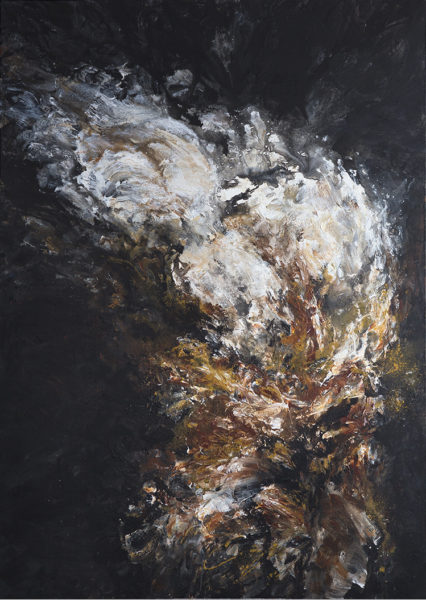 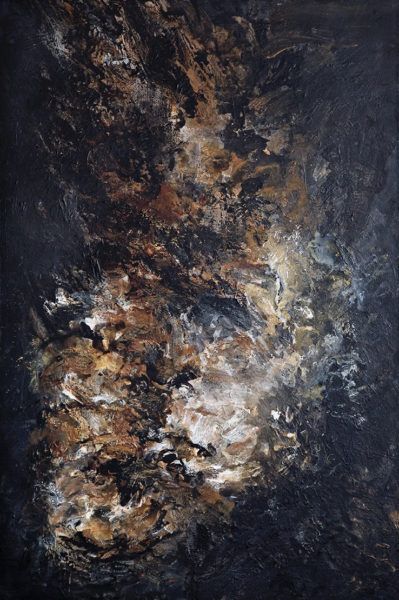 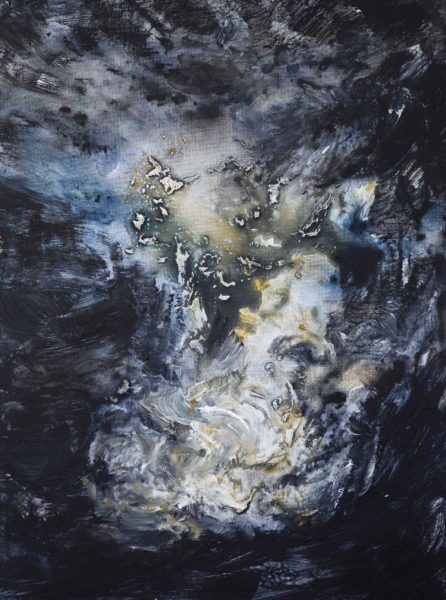