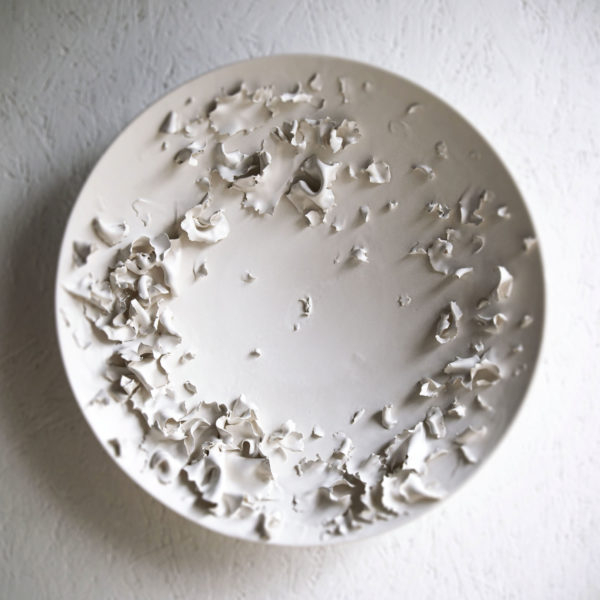 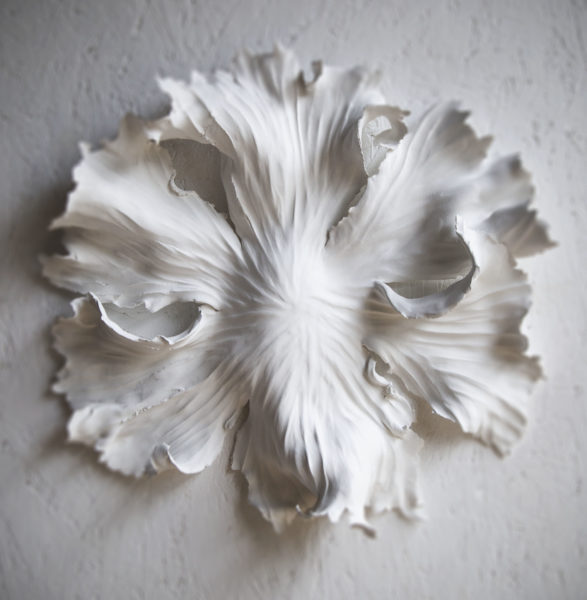 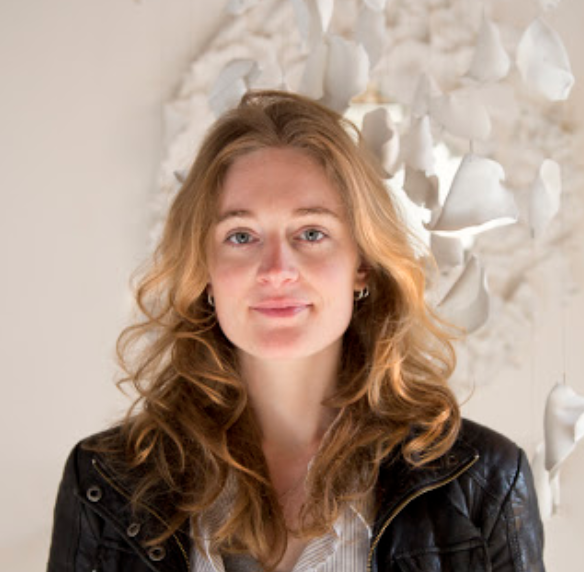 Louise Frydman is a French artist who was born in 1989 in Paris.
She graduated from ESAG-Penninghen School of Art in 2012 and studied photography at the International Center of Photography in New York.

Her studio is located in Burgundy since 2015. Louise Frydman began by composing light and delicate works in white paper and then turned to ceramics in 2015 when she created her monumental piece La Fée des Pétales hanging in the courtyard of the Hôtel de Croisilles in Paris.

In treating ceramics, she will preserve the white matte of the paper as well as the delicacy of the material. Her sculptures, mirrors, or mobile installations, inspired by the forms of nature, play with light and movement. Her meeting with the ceramist Jean-François Reboul in 2015 allowed her to deepen her learning and to assert herself in her artistic approach. She exhibits her work in 2017 and 2019 at the Revelations Biennal at the Grand Palais in Paris.

Today, Louise Frydman collaborates with luxury houses such as Hermès, Bonpoint or Yiqing Yin haute couture, she works with the promoter Vinci Immobilier and sells her sculptures to decorators such as Minassian Chahan. In June 2019, Louise Frydman was awarded the “1 immeuble, 1 œuvre” Prize by the Minister of Culture Franck Riester, for her collaboration with Vinci Immobilier. Her work was also selected for the ICAA International White China Competition, whose exhibition took place in Beijing in August 2019. Her sculptures are currently presented at the showroom of the designer Philippe Hurel in Paris in the first arrondissement.

Loo & Lou Gallery exhibited her work for the first time at the fair JustLX in Lisbon in May 2019. Since then, she has had two solo exhibitions, one entitled Nature Fragile in the Loo & Lou Atelier and the second, Contemporary Ceramics, in the gallery’s space at George V.