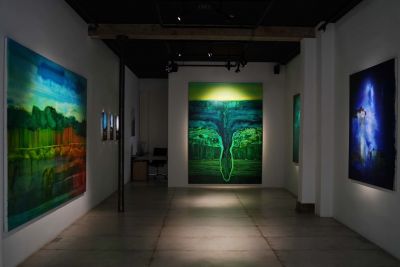 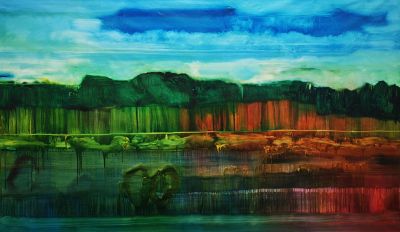 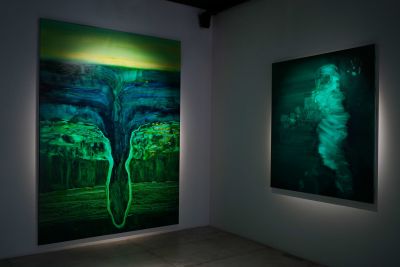 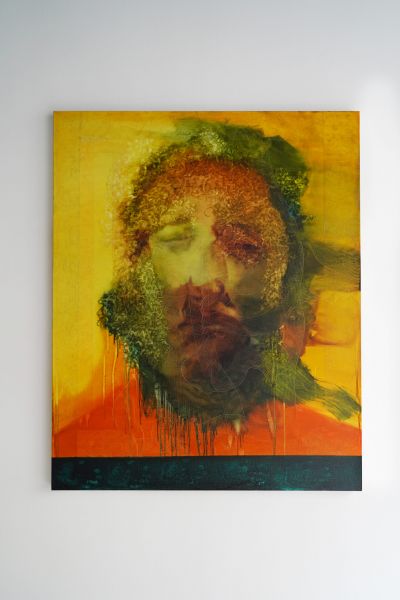 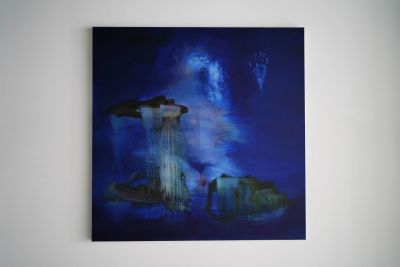 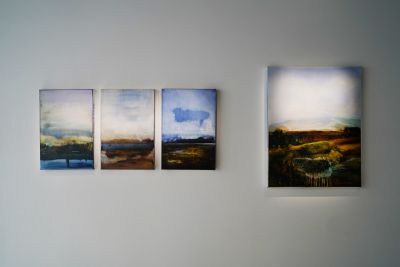 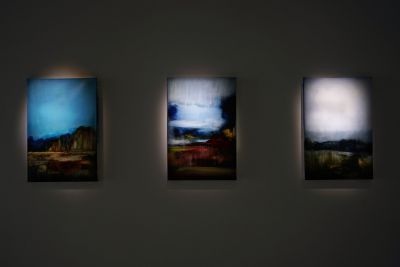 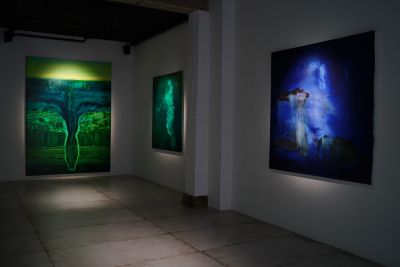 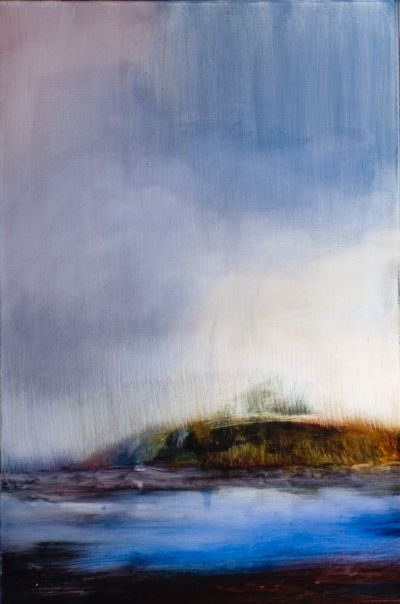 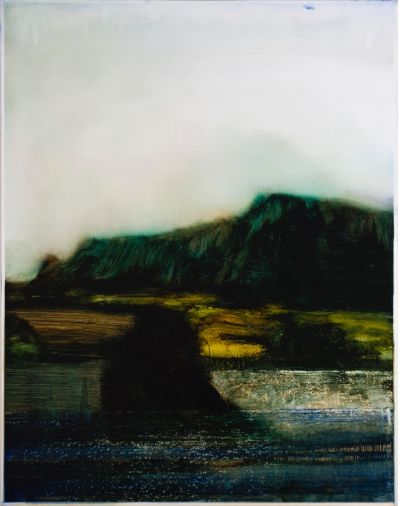 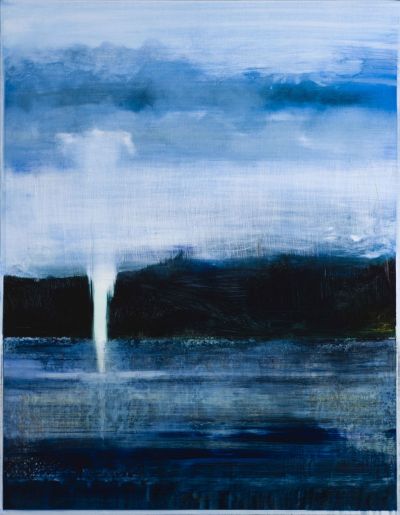 A stream of consciousness...

For Johan Van Mullem's second exhibition Ataraxie at Loo & Lou Gallery, introspection remains at the heart of his work, however his famous, abstract depictions of faces transform into a perspective of the outside world through landscapes. The select anthropomorphic portraits in this exhibition act as a catalyst for this transition, where human appears to amalgamate with nature. These ethereal portraits and settings have come forward from the depths of a silent and unconscious world within Van Mullem, "where emotional information is stored." Distinctive scenic elements are composed through an expulsion of rapid movements that he anchors with a horizon line. According to the artist, landscapes offer a clarity of perception in an increasingly uncertain world. Painting allows him to release and attempt to understand the impressions that this world has forcibly imprinted on his subconscience since the beginning of his existence. His work additionally references his Flemish origins, and believes these impressions can be passed down through generations and from one kindred spirit to another. He has referenced Rembrandt and Da Vinci as "companions" throughout his journey as an artist.
Within this new series, Van Mullem develops his unique style of stream of consciousness painting that rests between figurative and abstraction that he has been working on since he was only five years old. He began creating art as a means of escape from his difficult, itinerant childhood as the son of a diplomat. He was born in the Congo but spent his formative years in Tunisia, a place that he described, after returning to visit as an adult, had such wonderful light that eventually introduced new colors and luminosity to his landscape paintings. Van Mullem works with oil-based etching inks, reminiscent of his time spent as an engraver, and builds them upon each other to depict storms, rain, and sunsets over mountains. The colors overlap, fade, and stretch, yet they rest together in harmony. Creating depth that he then glides over and erases, the light is unveiled and the subject comes to life; The sun comes out, a burst of rain splashes onto a body of water, the wind blows. The artist has created an imaginary world with unconventional colors that are a reflection of his soul and memories, rising from his conscious and subconscious. Landscapes have historically been a means of escape and of spiritual gain. In the 19th and 20th centuries, the Romantics created landscapes that evoked contemplation and existentialism, displaying the world as much larger than we are. The longer one looks at Van Mullem's paintings, the more the unique topography becomes discernable and facilitates reflection, as if one is peering out through a fogged window, their own reflection in the glass cast over a vast landscape. 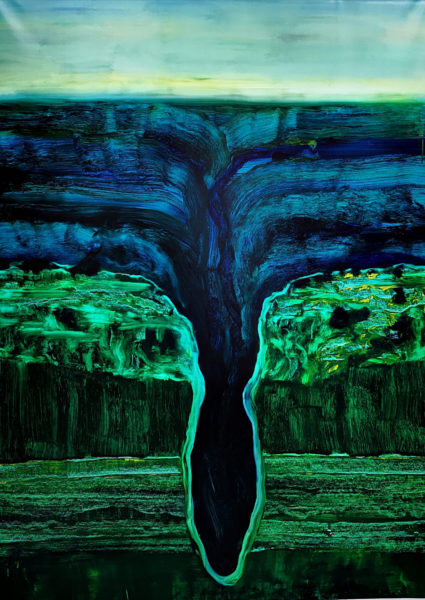 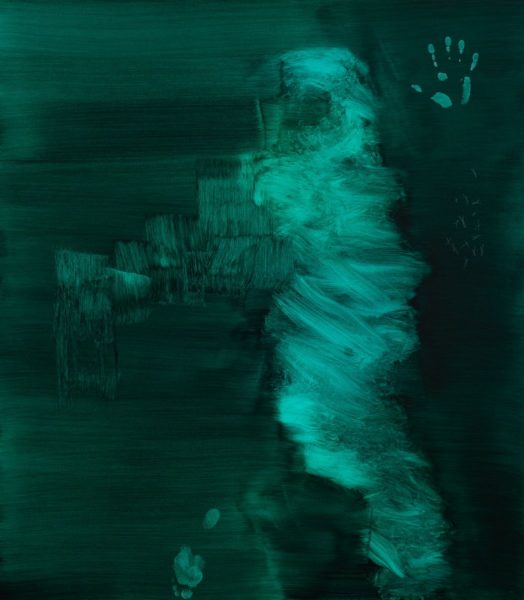 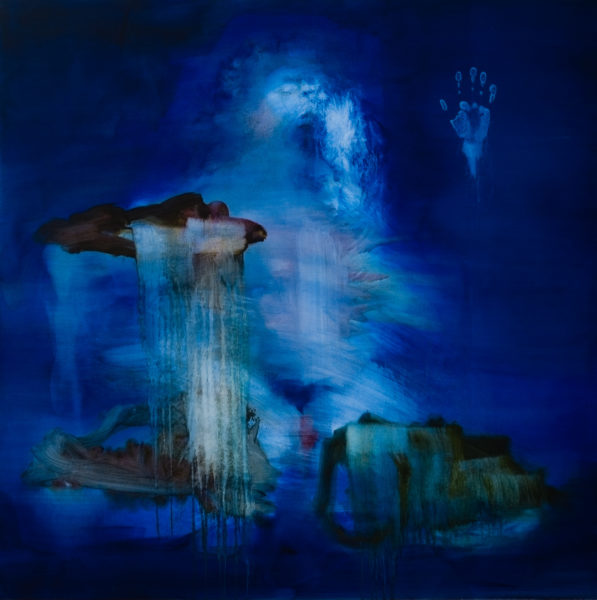 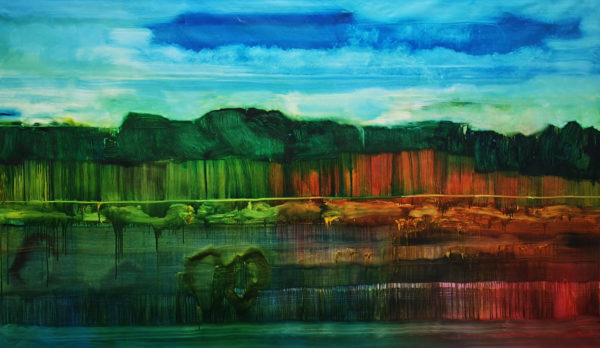