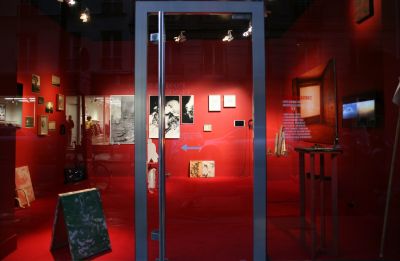 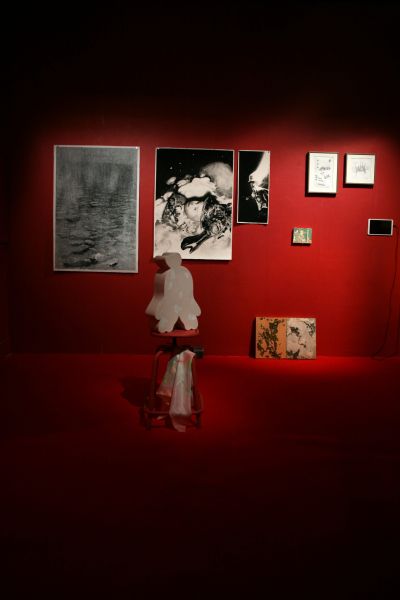 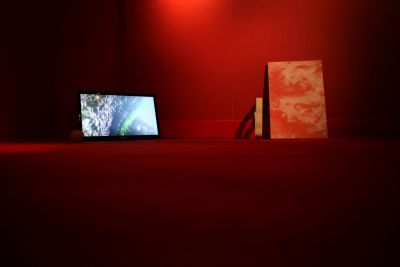 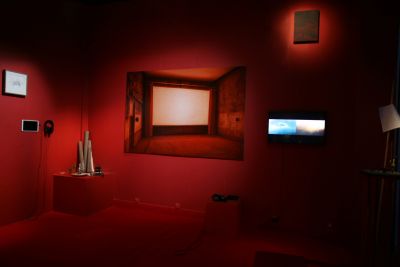 In September 2019, the 15 artists of the 90th class of the Académie de France in Madrid moved into the studios of the Casa de Velázquez. Through the follow-up of their creative residency, we were able to witness the birth of new works, linked to the project that each of the residents had proposed as the main theme of their year in Spain. The first lines of force of a work in progress were already emerging, taking shape, evolving and sometimes mutating from month to month. They invited Claire PERESSOTTI - author and winner of the 2019 Madrid Prize - to accompany them in the adventure through a text that she created especially for them, inspired by the conception of the exhibition.

Hybrid and multiple, AT3LI3R V3LÁZQU3Z was above all a curatorial experiment by the artists themselves. By moving the creative process from Madrid to Paris, from the Casa de Velázquez to the Atelier of the Loo & Lou Gallery, it is indeed at the heart of a work in progress, with shifting lines, that the artists have proposed to immerse us. Drawing its inspiration from Matisse's The Red Studio, the central concept of the exhibition established a mirror game between the space of creation and the space of display. The works were intermingled with objects of various kinds, as transitional elements between the act of creating and that of exhibiting. By lifting the veil on what usually takes place in the intimacy of the studio, the exhibition invited us to dive into the heart of the artistic process by giving us a lively overview of the work in residence.

Visible from 17 to 31 January 2020 at the Atelier of the Loo & Lou Gallery (Paris, 3rd arrondissement), AT3LI3R V3LÁZQU3Z was also an opportunity for a new synergy with a place which, like the Casa de Velázquez, aims to be an incubator for innovative practices and a creative laboratory. While support for artists obviously involves day-to-day assistance, it is also based on the weaving of quality collaborations that, year after year, build a solid distribution network committed to young contemporary creation.