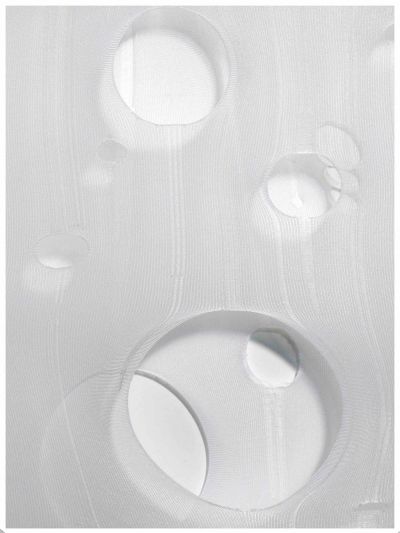 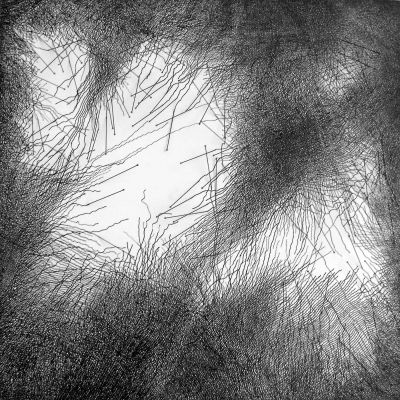 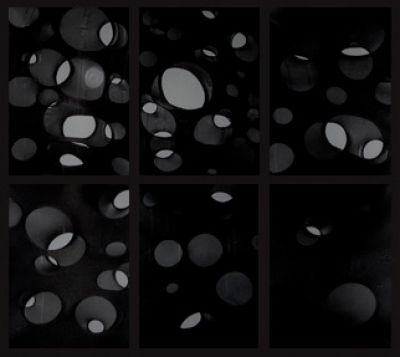 The Lou & Loo Gallery presents a selection of new works and drawings by Camille Grandval. A self-taught artist with a curious nature, Grandval is a “jane of all trades” who has had a variety of professional and artistic experiences.

No matter what the project – the micro-sidewalks she made in the 1990s for Radio Nova during what she calls her “Impressionist period”, for example, or Narcisse, a video installation shown at the Église Notre-Dame du Travail during Paris’s Nuit Blanche – she throws herself body and soul into each adventure, always eager to learn and discover new techniques. Using a repetitive gesture, Camille Grandval draws lines with a kind of tremor that creates the vibratory, exploratory movement of a microscopic world. This spider-like weaving of wavy lines, attached to the drawing with pins, forms a closure that gradually becomes an opening, a new eld for all possibilities: