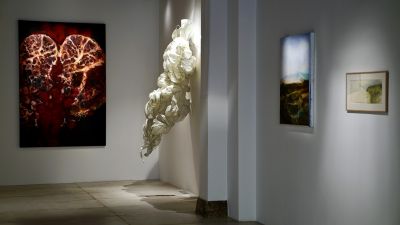 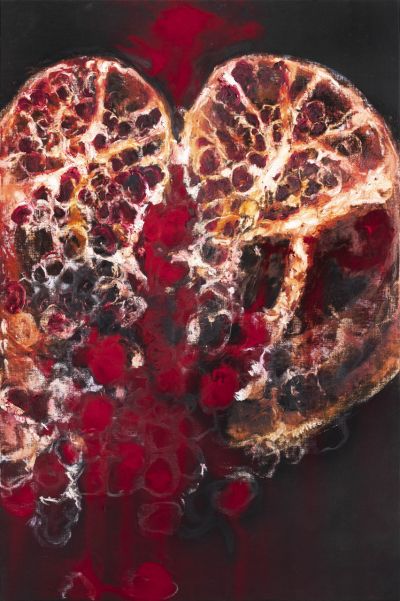 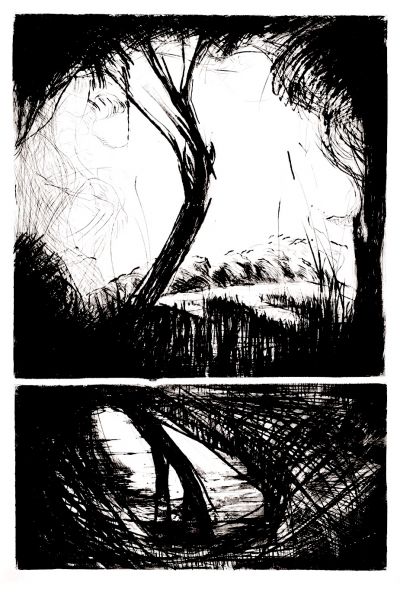 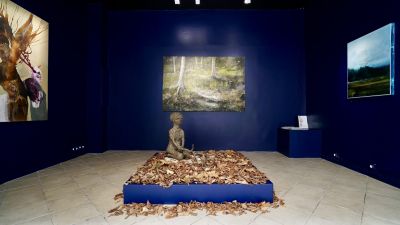 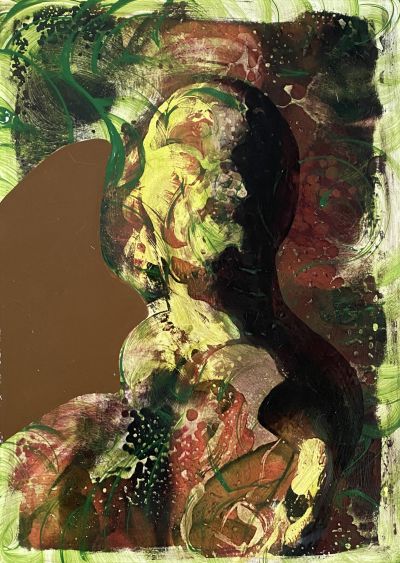 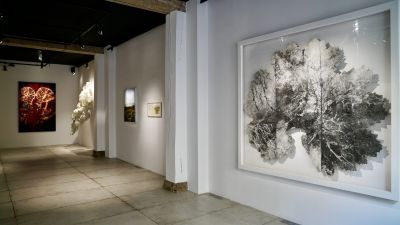 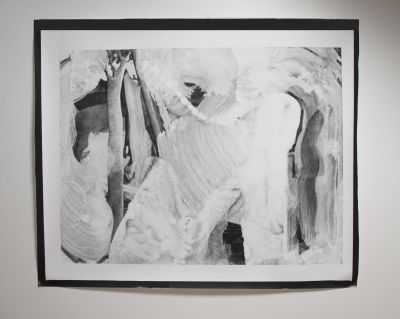 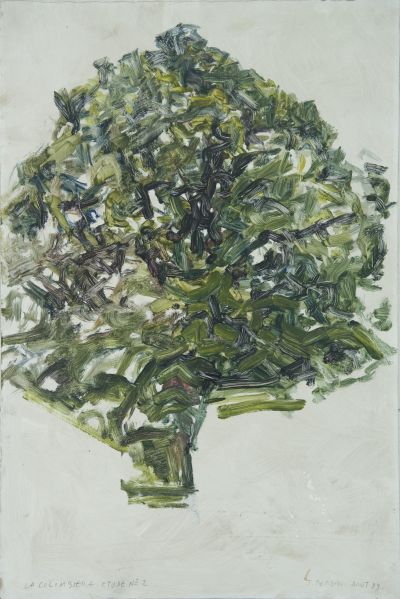 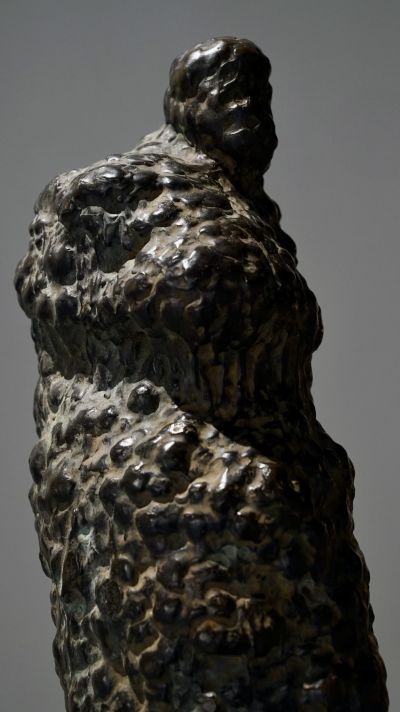 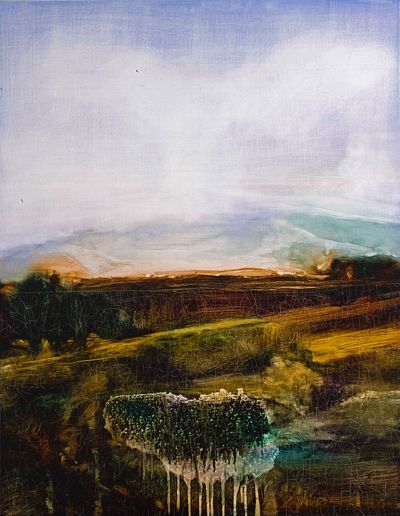 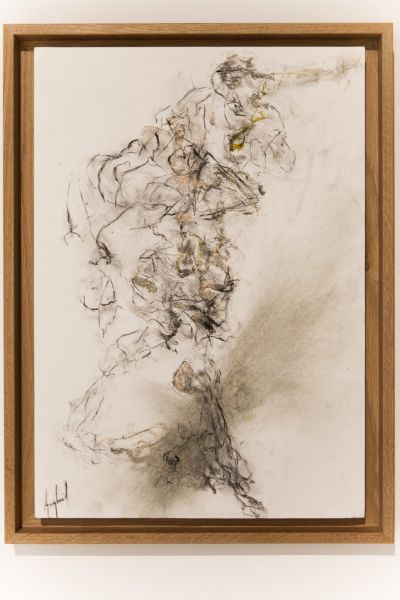 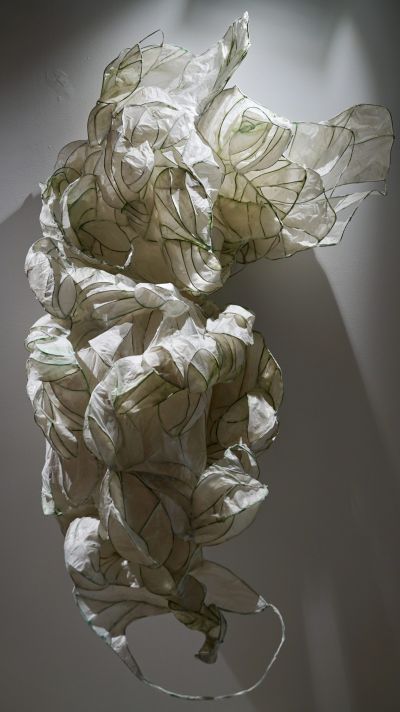 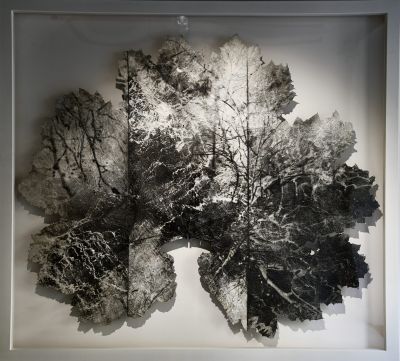 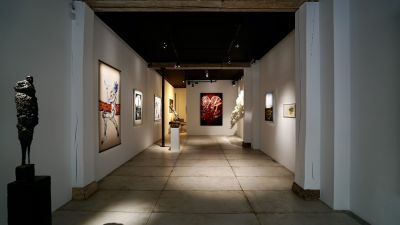 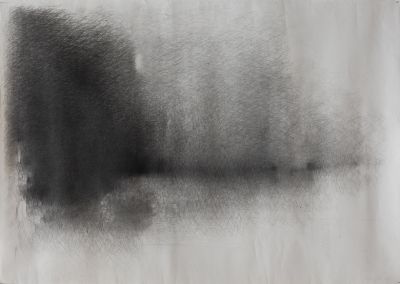 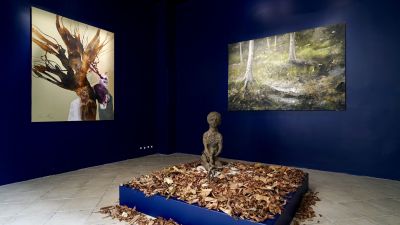 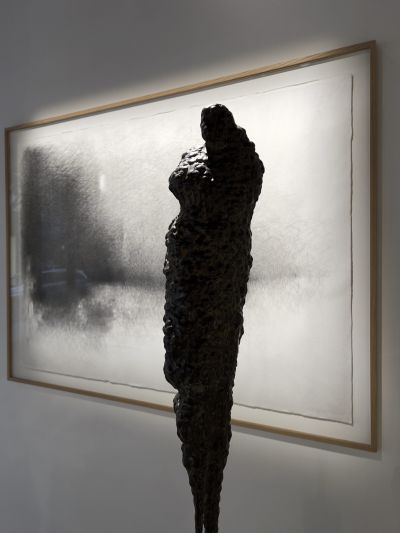 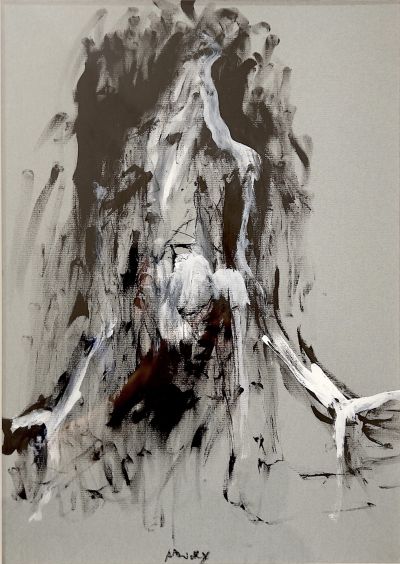 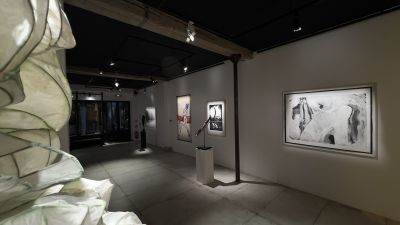 "We live" is the title of the first manuscript published by Lydie Arickx in 2014, such could be the subtitle of this first group exhibition, so much the vital breath seems to spread through the works, certainly diverse but all sharing the idea of a communion with nature, Whether it is through the search for the unexpected and regenerating springs of natural materials, used as mediums, through the transgressive and revealing act of dissection - which can be likened to a pictorial introspection - or by resorting to the diluted traces of ink and pastel leading the figuration to the limits of its metamorphoses.

The meeting of the eleven artists presented allows the viewer to embrace in a single vision the singular and quivering artistic identity of the gallery, made of moving materials and intimate roars. Aesthetics of engagement rather than contemplation in front of Lydie Arickx's germinations and Olivier de Sagazan's tortured masses, ferocious auscultation in the heart of Cedric le Corf's ashen undergrowth and flayed sculptures, ghostly dance to the rhythm of Christophe Miralles' anonymous bodies, outcrop of an interior cartography in the spontaneous and green features of Joël Person, proliferations and vegetable delicacies at Florence Arnold and Dominique Lacloche, telluric and fantastic visions at Paul de Pignol and Johan Van Mullem, veinous and troubled expressiveness at Arghaël, strange occultation of desired landscapes at the only photographer of the group, Jean-Claude Wouters.

These artists explore the earth and the flesh more than they create dreamed spaces. Their motifs are those of our world, for better or for worse, without concession, with the tenderness of love and the tension of death. Borrowing not from a return to primitivism but from the source of a sublime classicism, made of landscapes and human figures, that is to say "nature and natures", in echo and fusion, where the great history of painting and sculpture, from the anatomies of Gautier d'Agoty to the impressionist whispers, passing through the Spanish Golden Age, silently deafens. But here revisited in the light of a contemporaneity concerned with biological understanding and the preservation of nature. The latter is indeed everywhere. We want to save it, give it legal rights, exploit it with respect. To take it once again as the standard theme of an exhibition might therefore seem easy, except that here, in this exhibition, in this gallery, it is not just a fashionable straitjacket, it is the living flesh of the works. Nature is no longer the fixed model, it is the work, it is the living landscape, it is the bilious torment of its author, it is the mirror of man and his innumerable complexities. "The plant is a silent collaborator that I try to hear. I do not impose my vision on these leaves but compose it with them" confides Dominique Lacloche.

For the artists of the gallery all maintain an intimate link with the body - human or plant - and its secret grooves like so many valleys in which the gaze does not dare to penetrate at first sight. Abysses of suffering or eroticism, crucible of organic mutations and upheavals of life. Artists on the verge of their skin whose fragility and poetry become manifestos of resilience or cries for survival. Against the immobility of the image, we are in the existentialism of the form, probably requiring sometimes a certain fetishism or a kind of animist mysticism. However, the power of the imaginary always passes here by a matierist gesture, prosaic or more sophisticated, but whose characteristic is to leave the free field to the experimentation and the intuition. Whether they mimic states of enjoyment or morbidity, whether they ooze hedonism or melancholy, the human and plant figures presented in this exhibition are fragments of emotion, responding to the vast prism painted and drawn running from the formal to the informal, virtuoso and intranquil elasticities that, even when they correspond to the definition of still life, are above all presences. One enters freely into the realm of the senses.