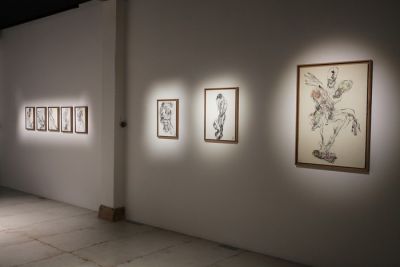 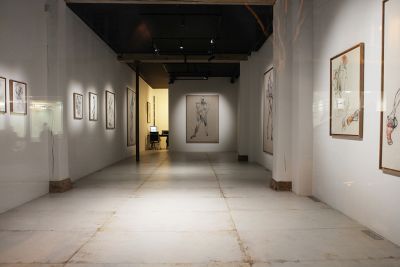 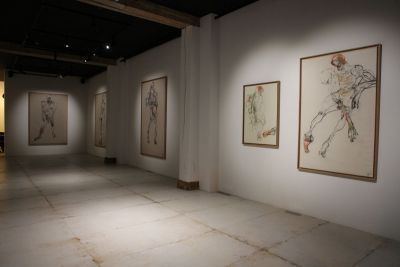 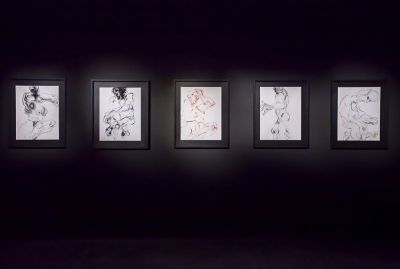 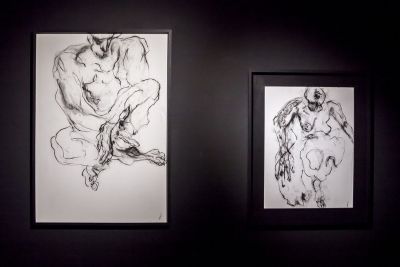 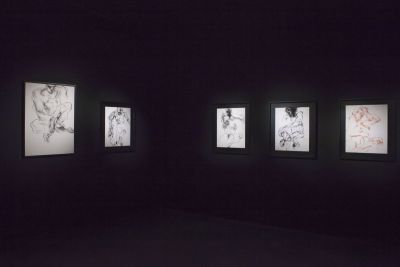 On February 2016, the Loo & Lou Gallery welcomed Arghael’s first exhibition; Raw, a series of nudes drawings made with charcoal. We discovered his mineral compositions birthing from wide and nervous movements, his winding lines, consuming the paper, exploring the visible, highlighting the body’s folds, shown in all the roughness of their envelope, without compromise. We attended to the birth of a work which questions the flesh’s mystery, rubs the unconscious and gently welcomes the pictorial accident. A work that draws all its singularity and its vital tenseness from a hiatus between the representation of an archetypal body, its unusual stances and the vertical, aerial composition of the drawing.

The Loo & Lou gallery now welcomes the second exhibition of Arghael’s drawings. The artists gave birth to a series of figures at the scale 1/1, all coming from his mind. Some rough and original beings, born under the charcoal gesture, evoking giant articulated carcasses spreading out and rising up, no longer on paper, but on the canvas.

In his exploration of the body, the artist crossed a new step by giving us the chance to see our deep inside mind. As closed as possible to flesh, bones and blood vessels, he draws on the canvas what he imagines in his inner sanctum, as a second skin. Those giants, made of carbon, disproportionate extremities and evanescent faces seem to levitate under his free gesture.