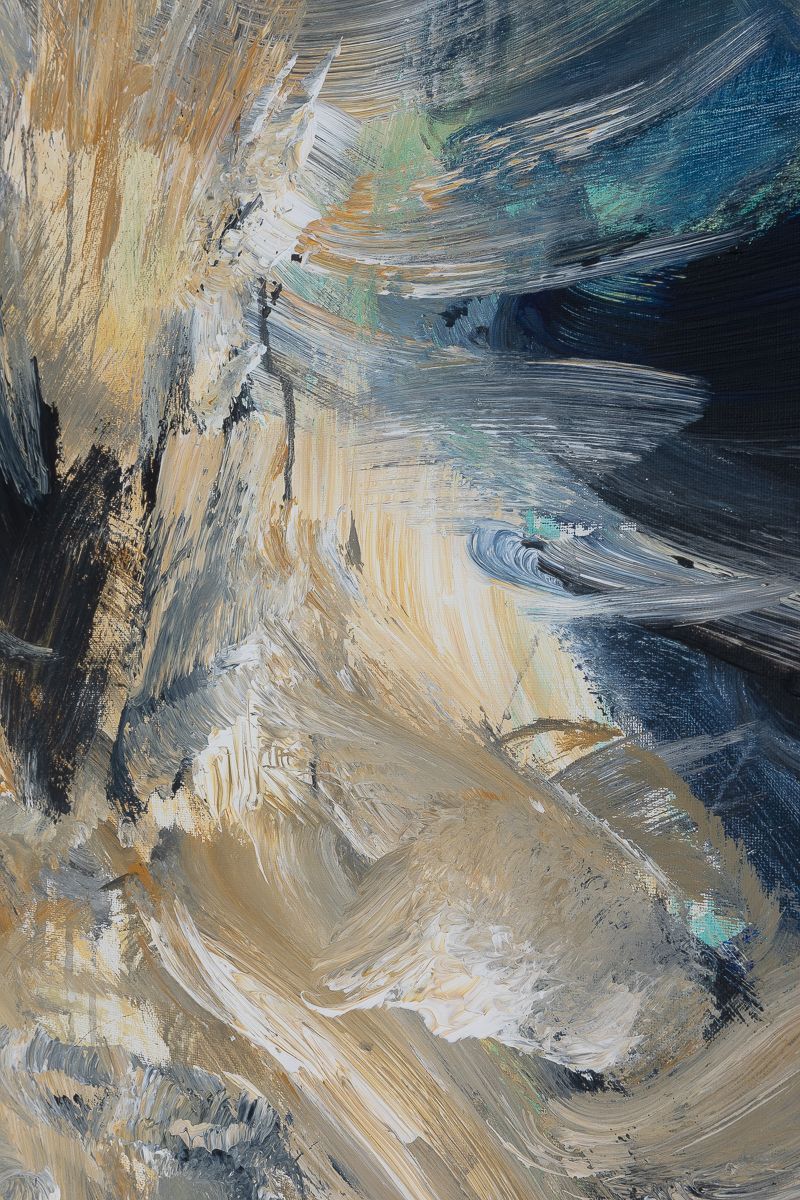 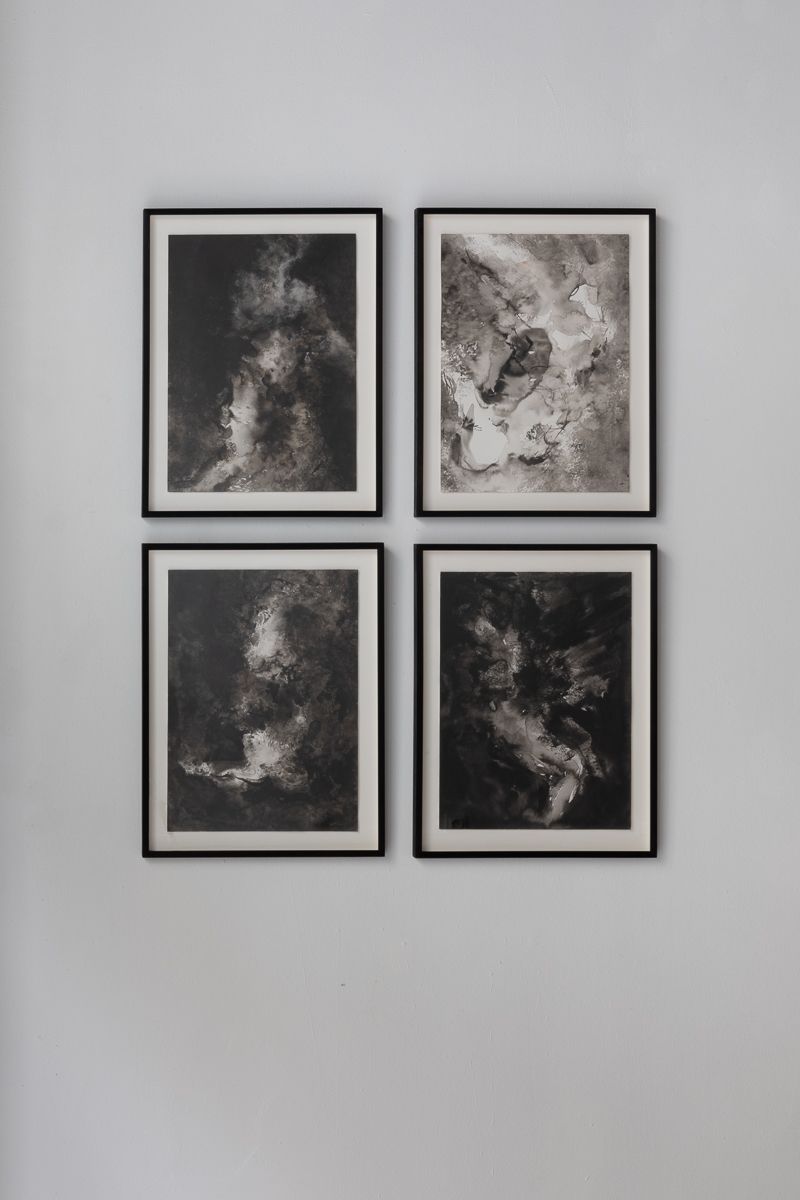 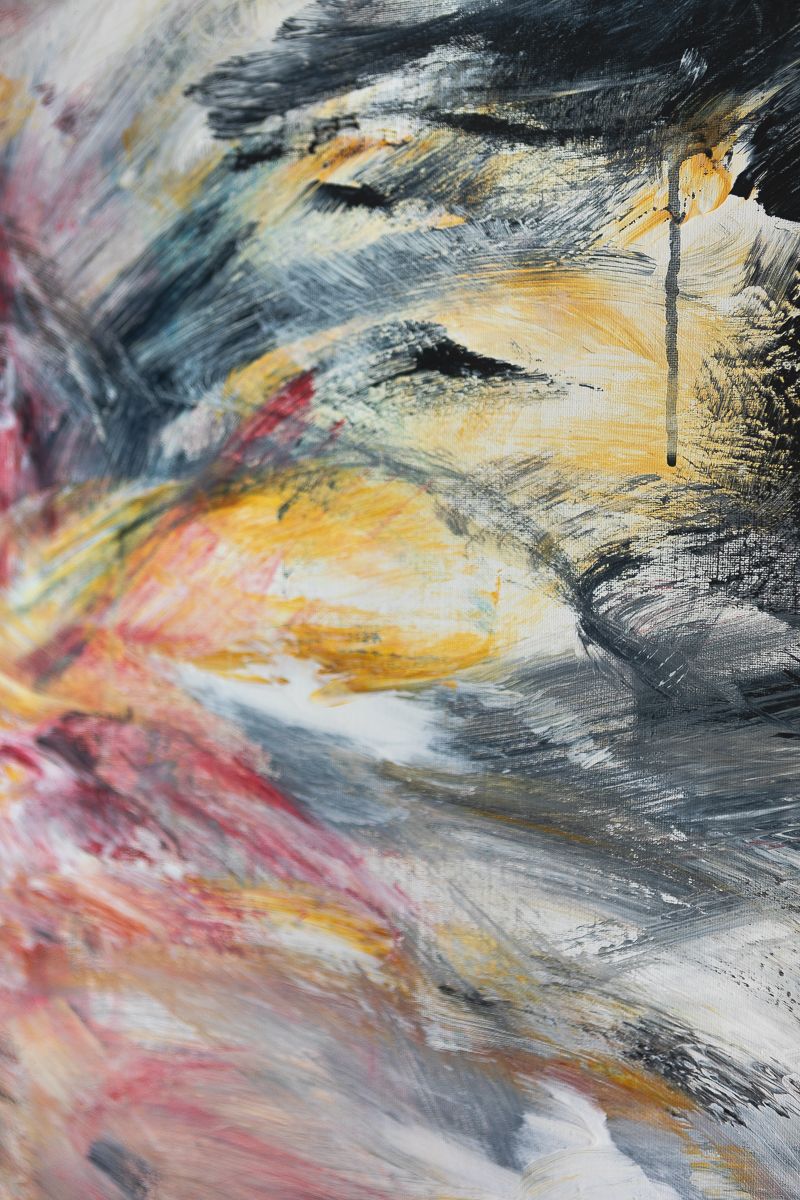 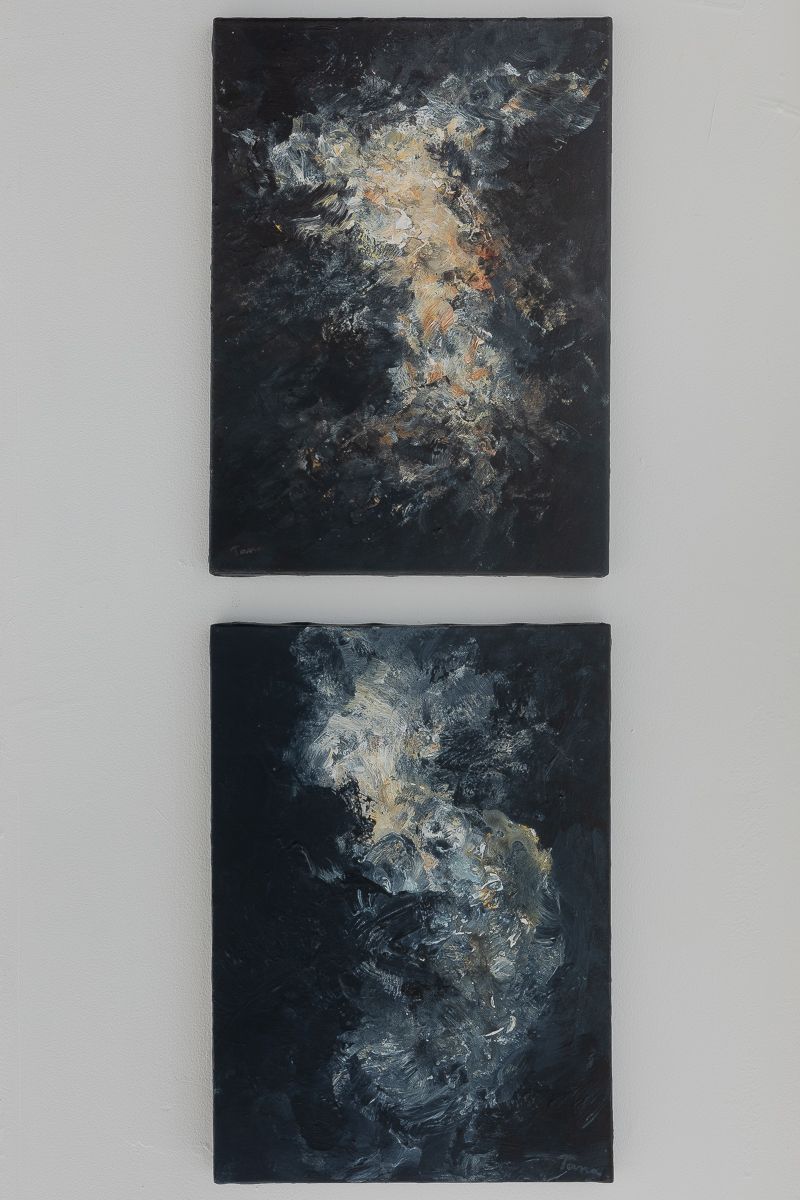 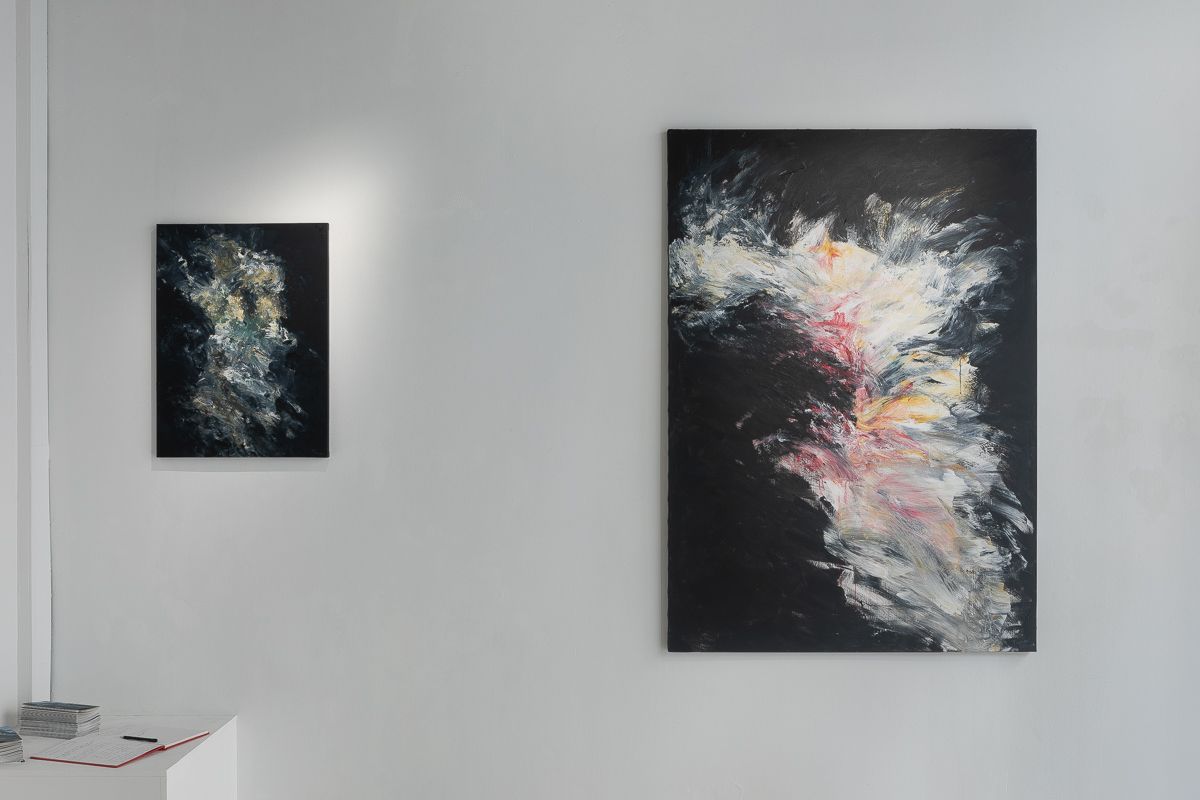 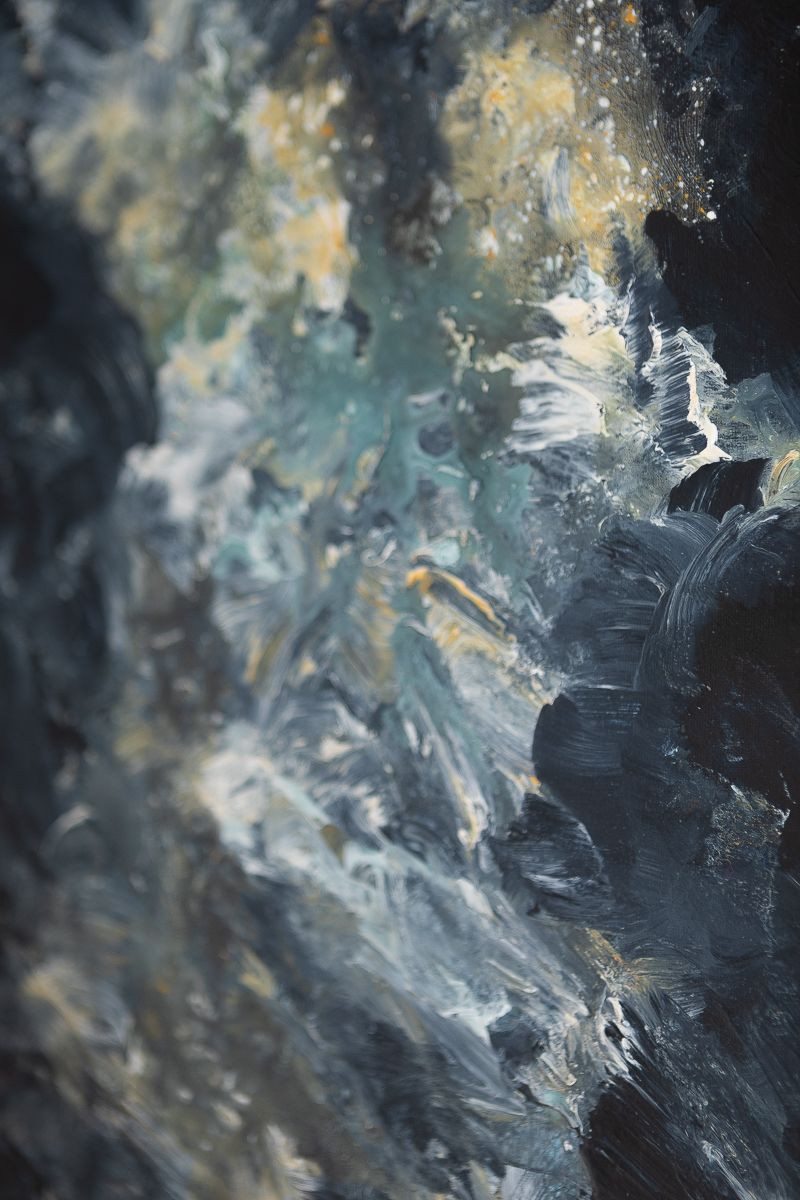 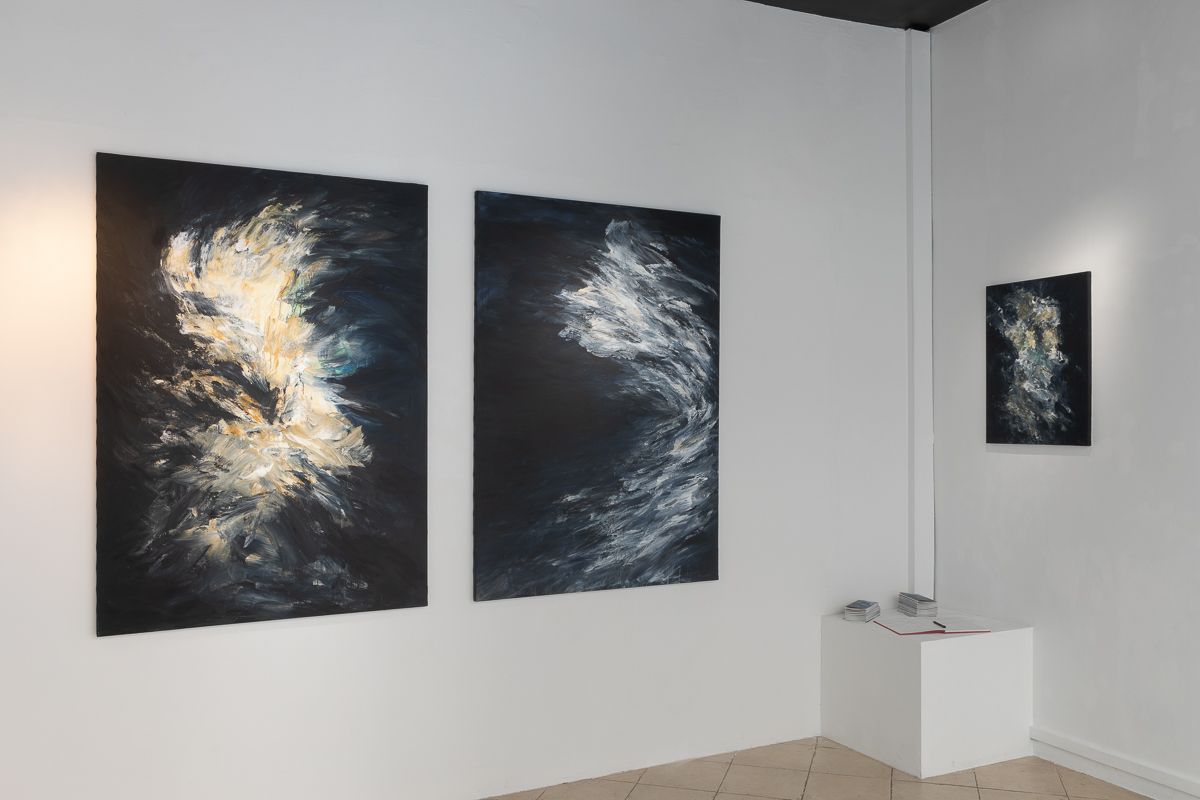 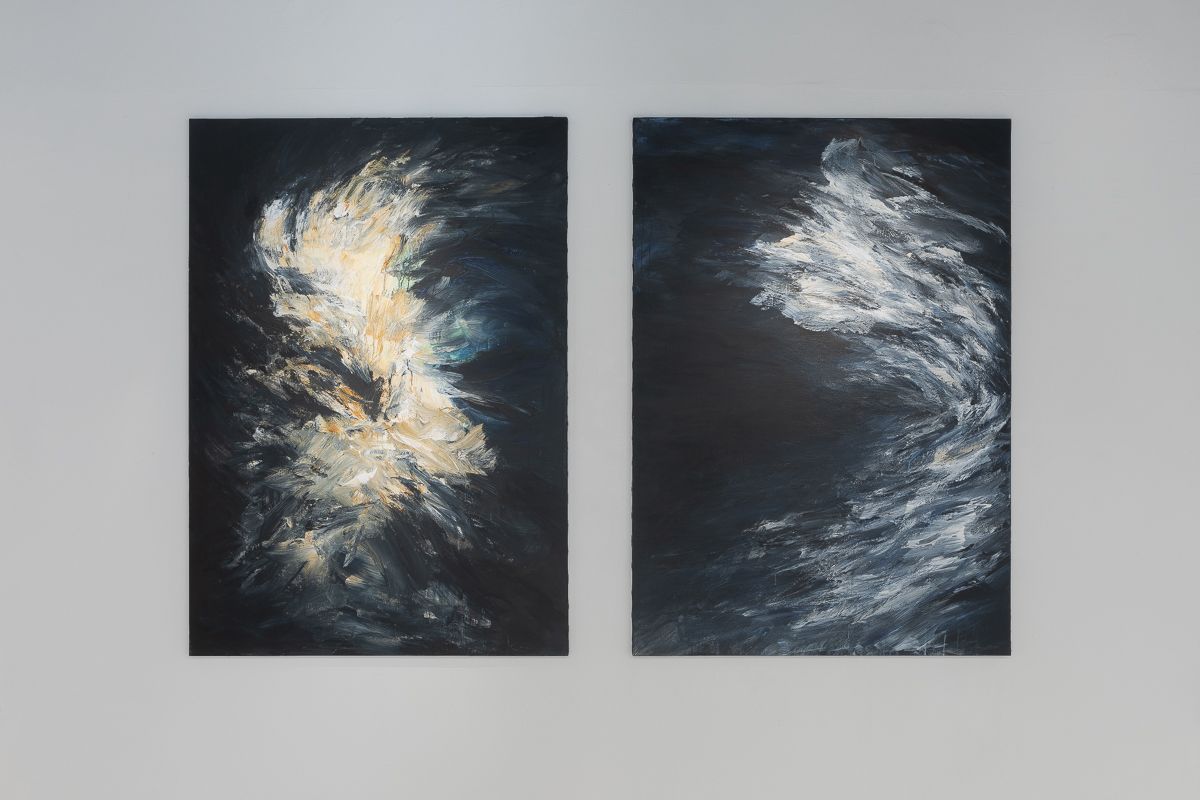 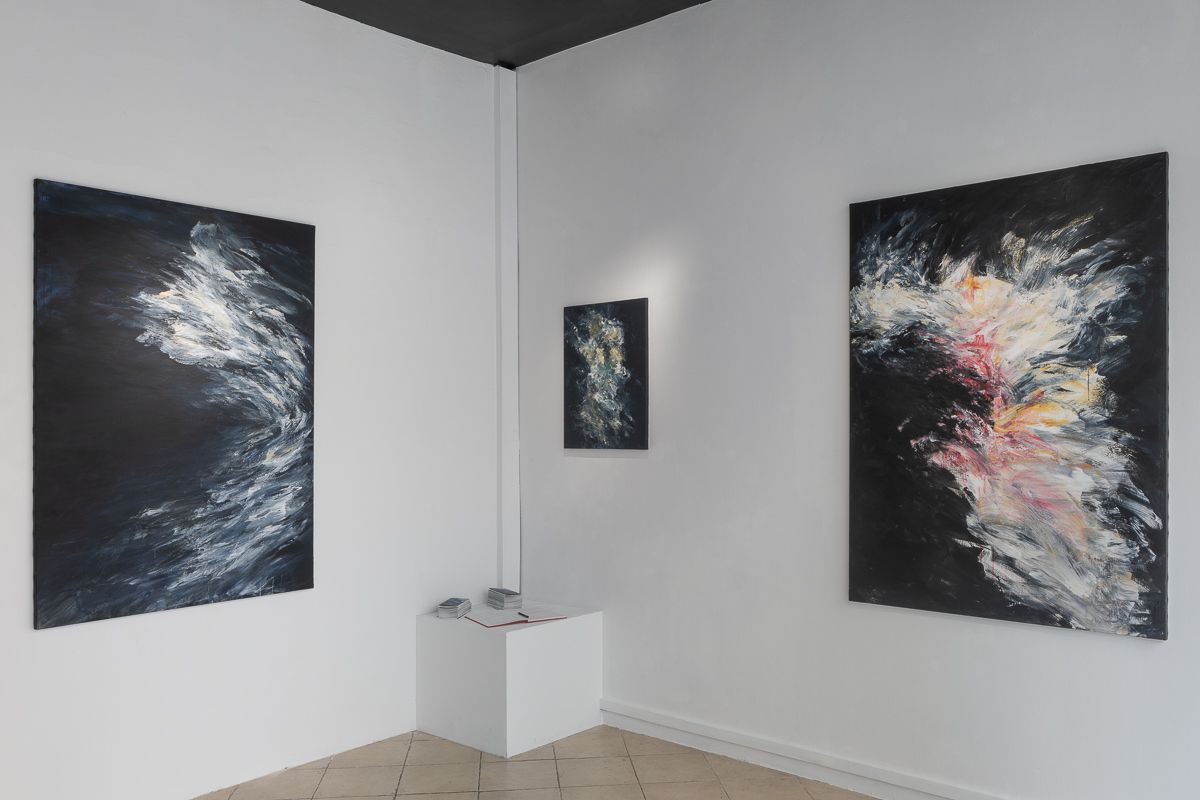 The universe is an infinite body dressed in stern and thick paint. Waves of pure, discrete, and shameless energies spread on the canvas, surrendering to the fever of depths. Tana Chaney’s paintings represent a mental storm, the secret inner charms, where in every painting is an immense feeling.

They are wandering and sensual, mystical, astonishing and sumptuous, allusive, possessed, bitten by death-life in a skin-paint. Tracks of beings from the origins are splashed in the night, as marks of life. In the veils and the dark folds of Chaney’s work, appear from the end of times a stretched tension, the density of the night and a seizing and fitful source of presence. Thereby, inflamed bodies become sacred, thanks to the heavy-less troubled lights crossing the rarefied air of psychic rivers.

It’s the fire of the first embraces, where air is burning, where surfaces corroborate, where every sign become pure. Chaney’s thick skies absorb outlines and turn it into profound brumes, deconstructing the world. Feverish blues of the far reaches, exalt the inside of the human boundless matter. Drive into a corner, Chaney’s work is loaded to the bone. Color is not likened to surfaces anymore, but to thickness.