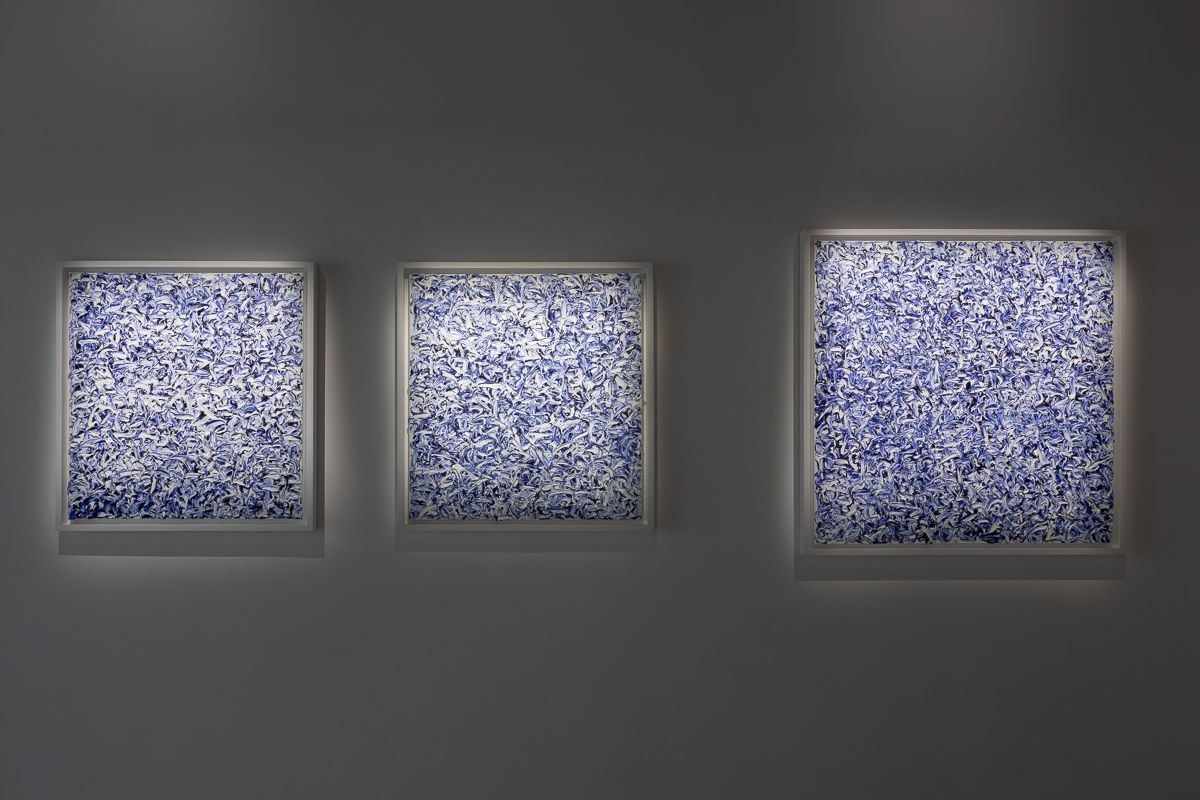 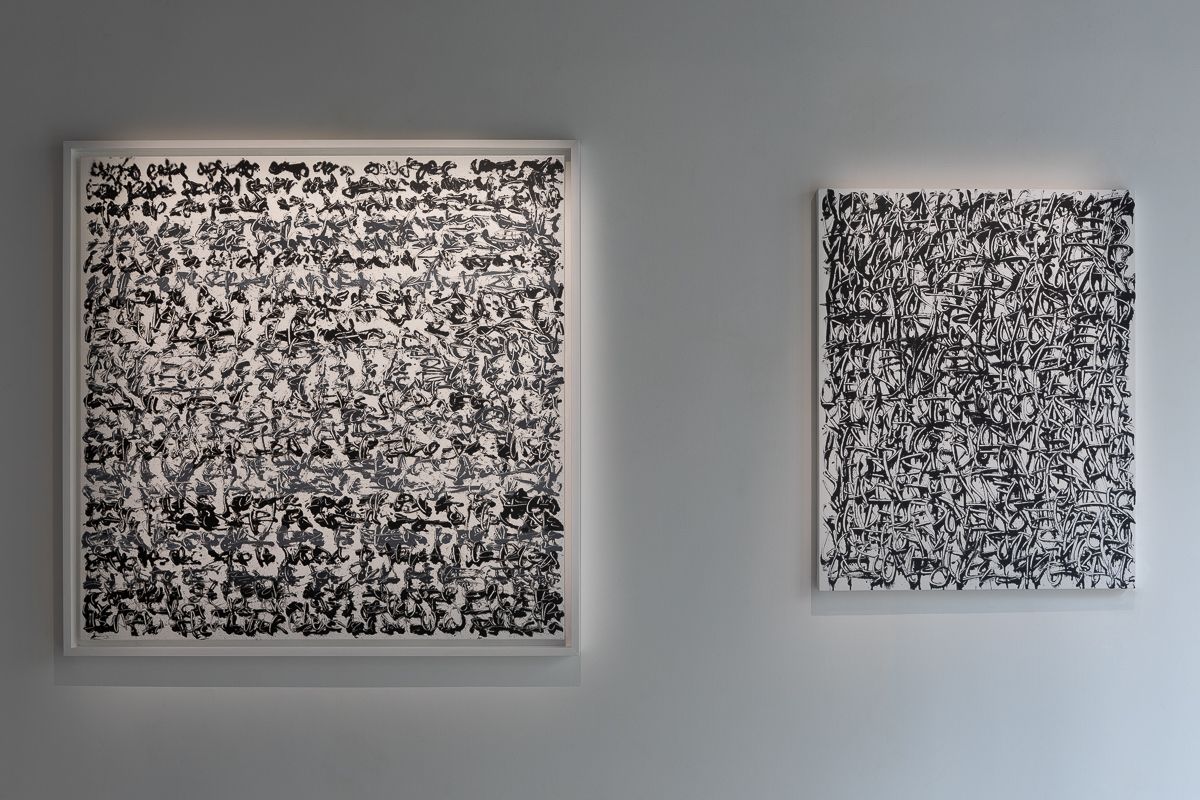 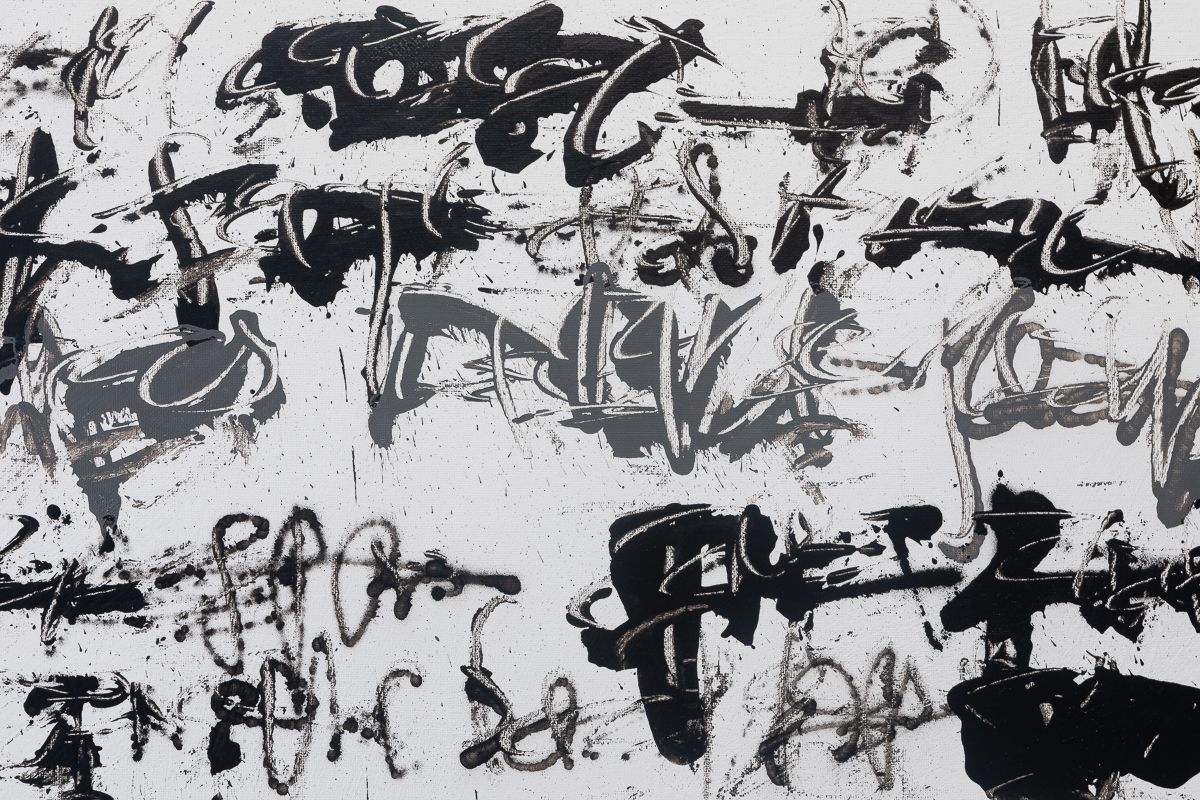 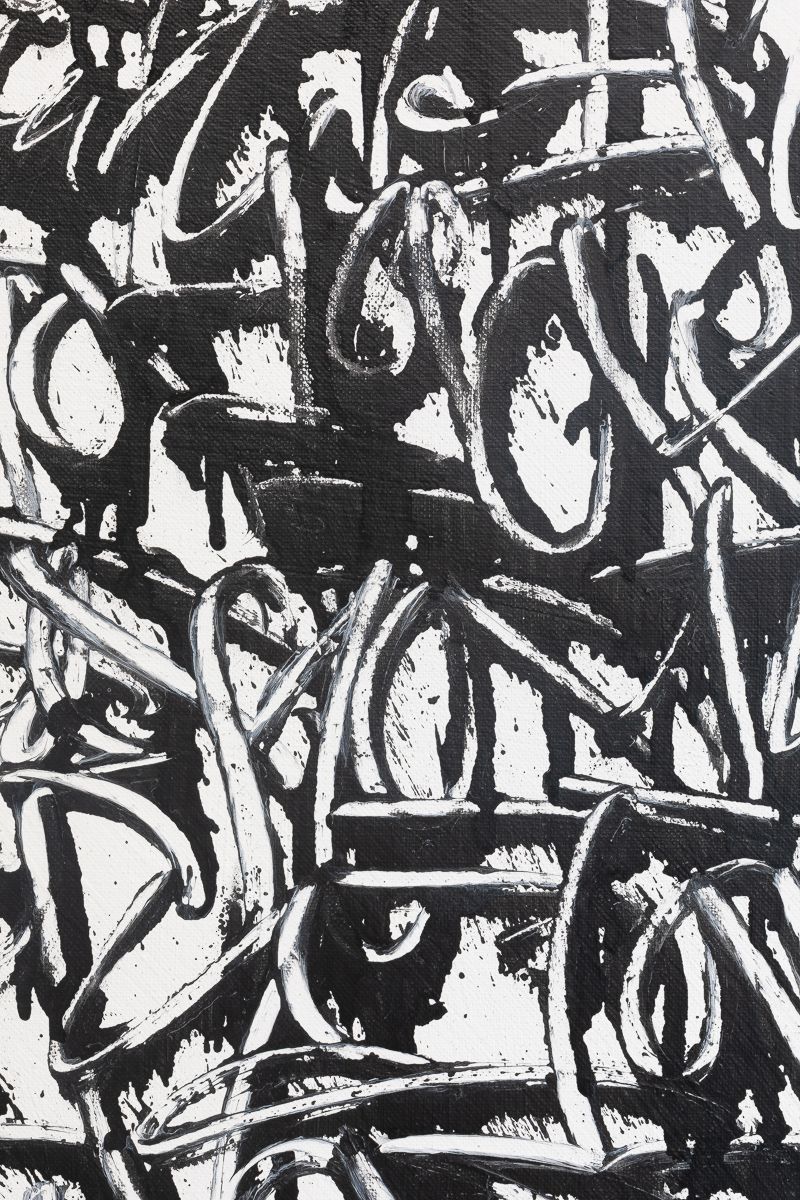 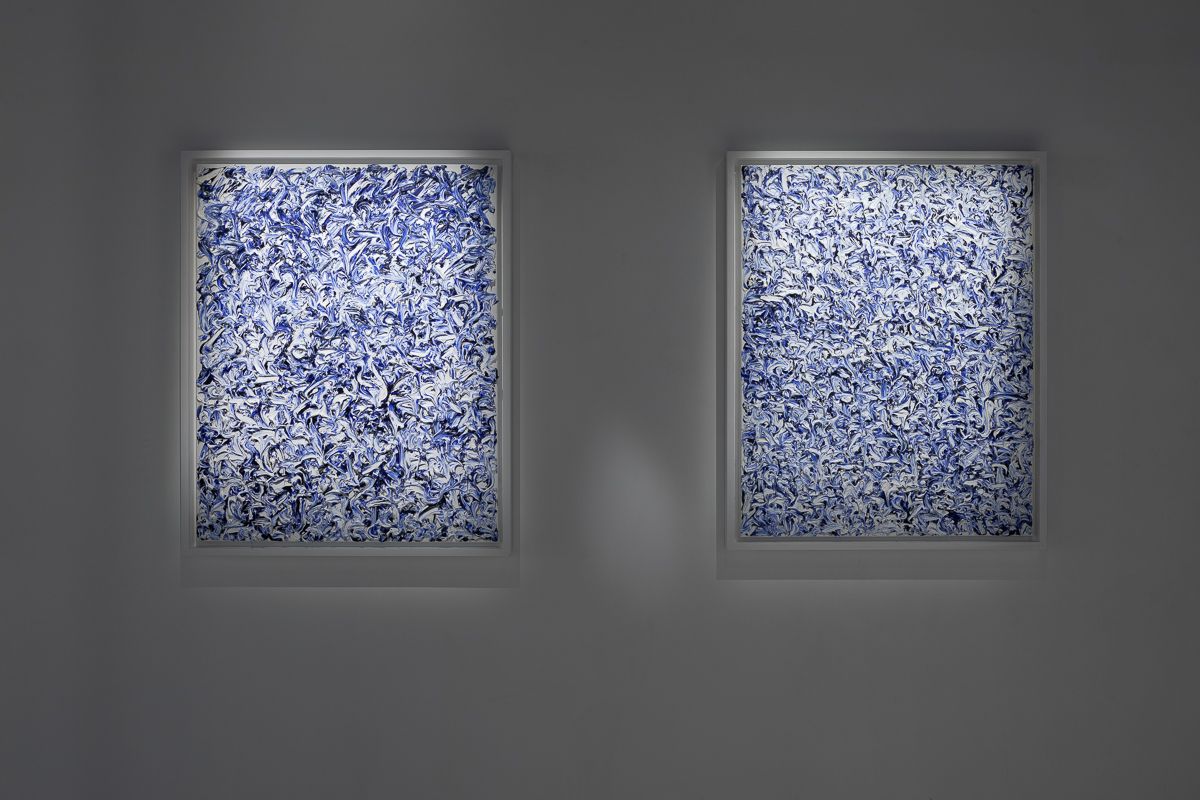 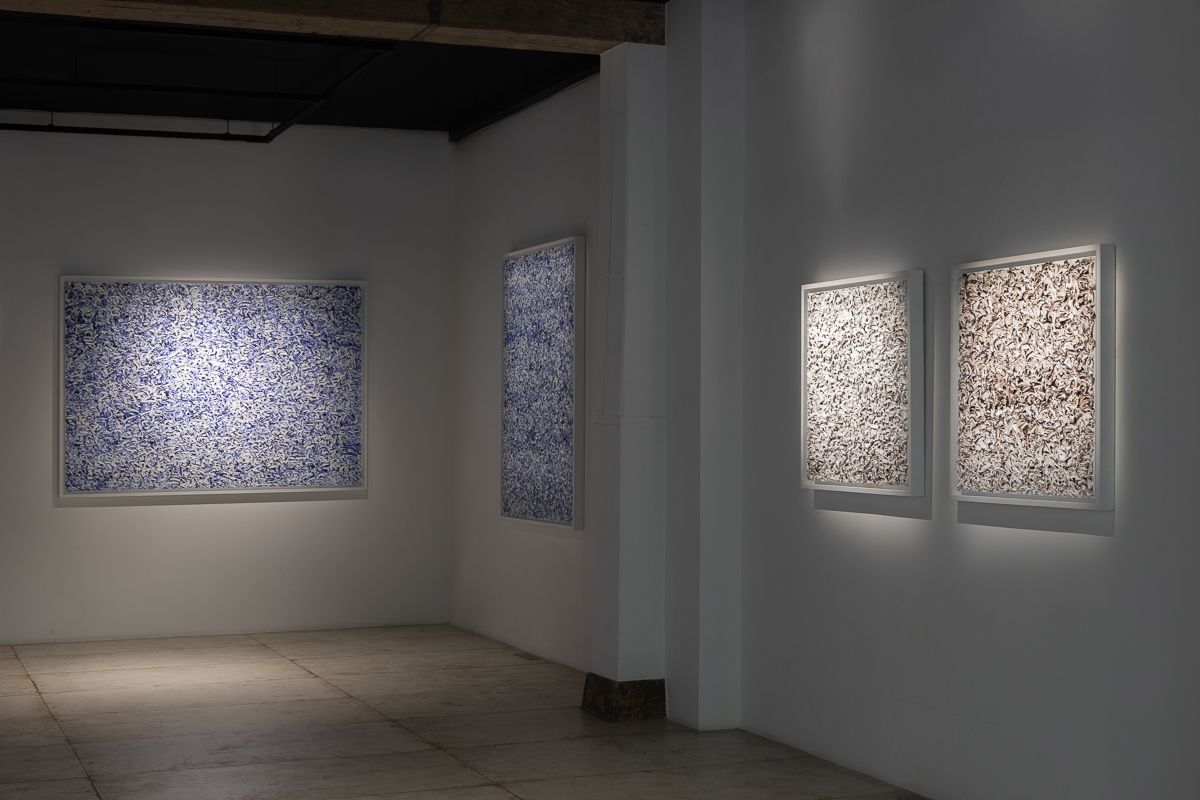 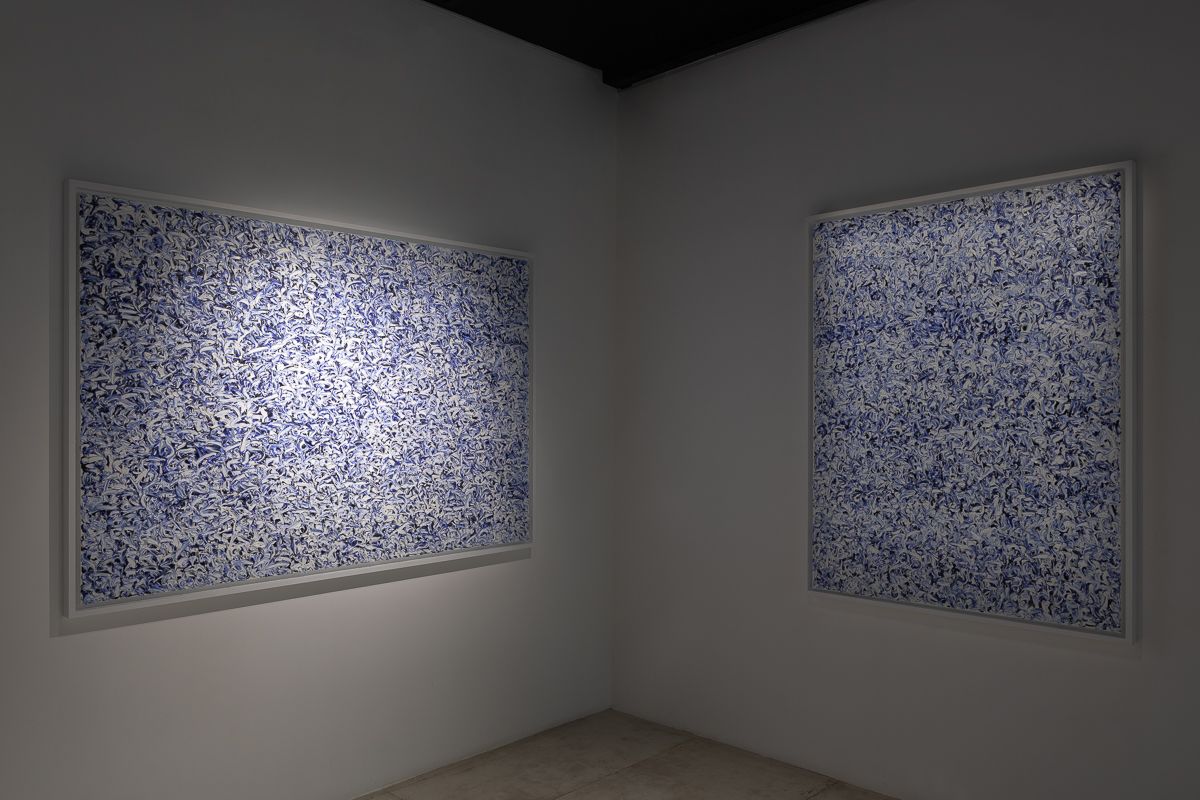 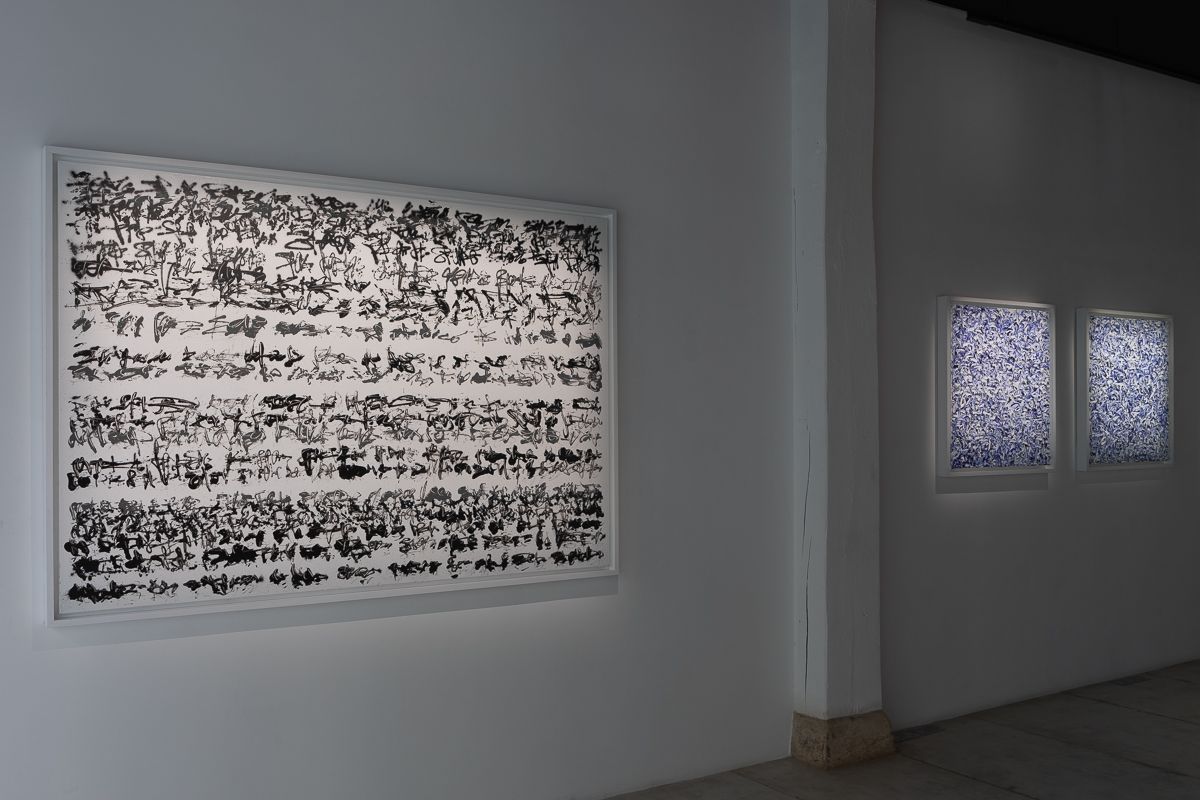 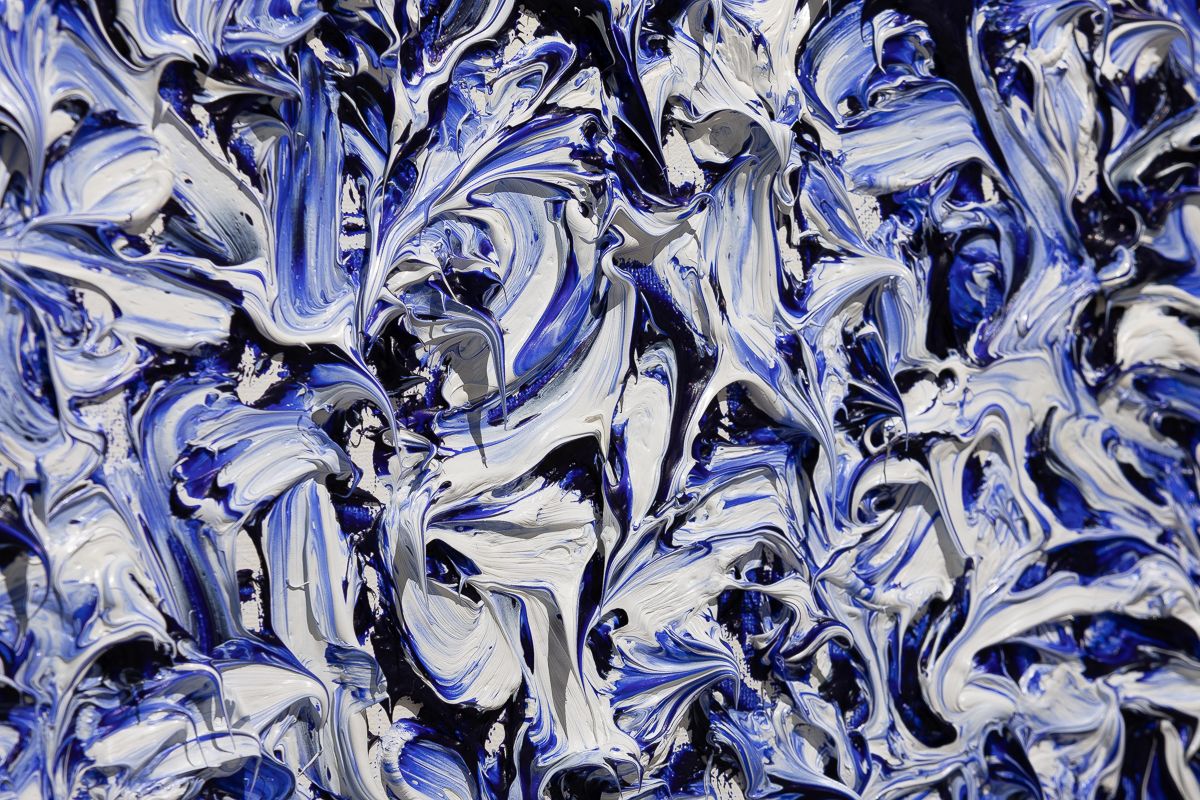 Long before he can recall, Tanc has always considered writing as a refuge. As a young student, he would trick his teachers by filling the pages of his notebooks, not with notes, but with symbols that were as indecipherable as they were fascinating. Today, in the intimacy of his studio, Tanc has continued this mania but has adjusted it to his moods, influences, and current obsessions.

Referencing how the process triumphs over the result, Tanc relies heavily on his gestures, which are both frantic and spontaneous. Following his own rhythm, he uses pulses that evoke his memories, unraveling a language of emotion, regardless of its illegibility, using various materials and supports. The language is meant neither to be imposed on the viewer nor translated. Instead, we are encouraged to make our own interpretations. Although he is capable of engaging himself profoundly until exhaustion in a process, tool, form or style, the evolution of his work becomes clear thanks to his numerous series: the Spheres (an ode to spray paint) through to the series of Oscillations (an exploration in sketching), moving to pieces saturated with scratched and scribbled writing. These series by Tanc thus move towards a more complete array of abstraction. Oil paint is amassed onto the canvas directly from the tube, pressed and squeezed until it is finished, and place in a fashion similar to the stirring of tumultuous ocean waves.

Finally, Tanc's work would not be entirely complete without a reference to music. As a composer himself, electronic music seems to stem from the same sincere and spontaneous creative process, with a similar sentiment: freedom. Similar to Paul Klee during his time who linked painting and music together, today Tanc explores the point where these two disciplines largely inspire and speak to one another.

Ceaselessly exploring his own psyche, Tanc has left a part of himself in his sonar and visual wakes. The hand that writes or draws, that composes or plays, no matter the words, within language and with writing, seems to be saying the same things.