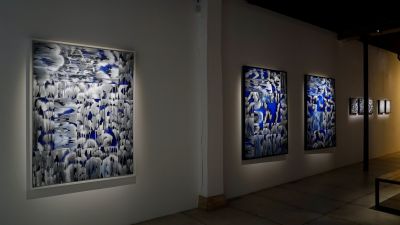 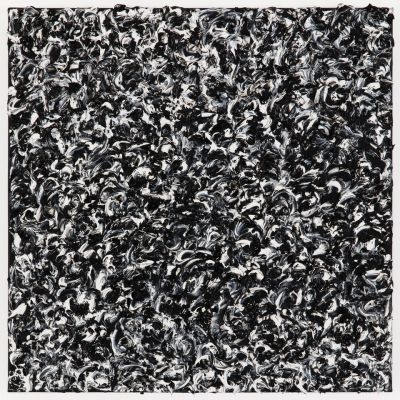 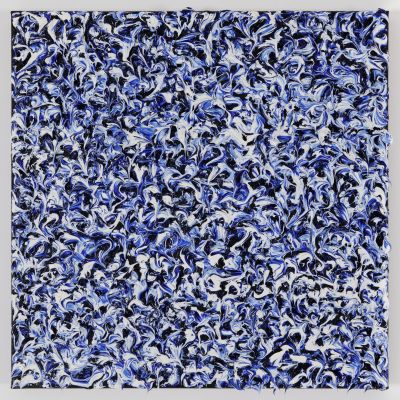 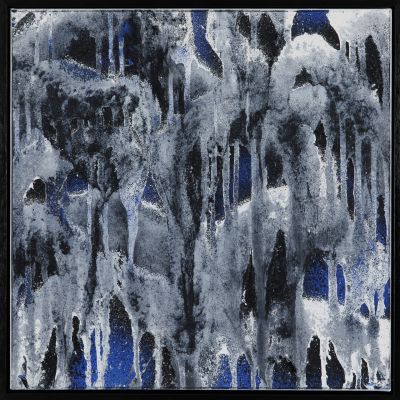 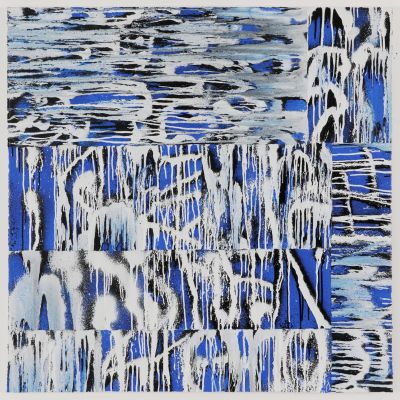 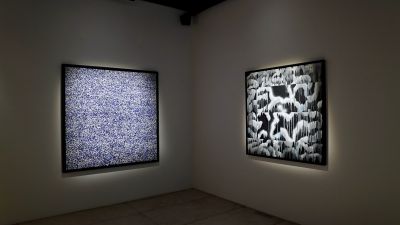 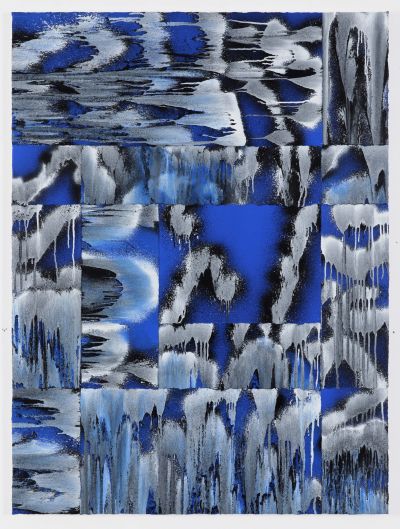 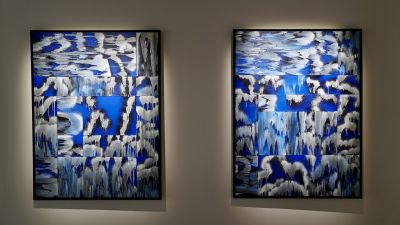 Diffractions of an unknown writing

With his Fragments series, Tanc operates a new variation within his own work. This time, the artist inventor of abstract writings reveals surprising diffracted calligraphies.

He changes his practice, and passes from a continuous flow to a discontinuous flow. Thus the uninterrupted gesture which consisted in covering a surface becomes the occasion of a fragmentation of the surface itself. To the beautiful totality of a canvas composed like a page, from left to right, from top to bottom, the artist prefers the way of the fragment. Diffracting the One, he carries out a new internal cutting of the painting. Change its syntax by changing its rhythm.

The passage from continuous to discontinuous, from unity to multiplicity, offers new possibilities to the artist. Energy is no longer the same. It is no longer the result of a single flow, but on the contrary of a multitude of flows.

Tanc proceeds by dispersion, fragmentation of writings. Moreover, he begins to work on disparate fragments of paper that he assembles, juxtaposes in larger compositions. The whole forms a puzzle of writings with a deconstructed style.

Each piece of the puzzle has its variations. Variations in scale and style. The magnification, or close-up, allows discoveries. It reveals the digging of a surface or an unpublished grain from which new motifs emerge in the pictorial matter. This one appears fluid, scattered, letting emerge the emptiness between the lines. The drips give a sense of gravity to the painting. Wonderful veins of reality.

Lines, drips, stains form segmented writings, intertwined in networks. From their optical synthesis, figurative images sometimes emerge: a blue tree blown down by the wind, branches bending under the weight of snow, unspeakable things reflected in the water, or, again, water trickling over the signs of an unknown writing. It is a matter of flow and blue. The use of two types of spray cans, one based on solvents, the other based on water, contributes to create accidents of textures favourable to the reverie of the eye.

Tanc's work is situated at the intersection of several artistic worlds, oriental calligraphy, American action painting, from Franz Kline to Jackson Pollock, New York graffiti, Korean painting with the Dansaekhwa movement, and a constellation of artists that goes from Cy Twombly to Henri Michaux.

The Fragments series rethinks the relationship between the different styles previously developed by the artist, as it functions as a new mise en abyme of the work within the work. For, as Tanc himself says, his goal is to "rewrite his language constantly.