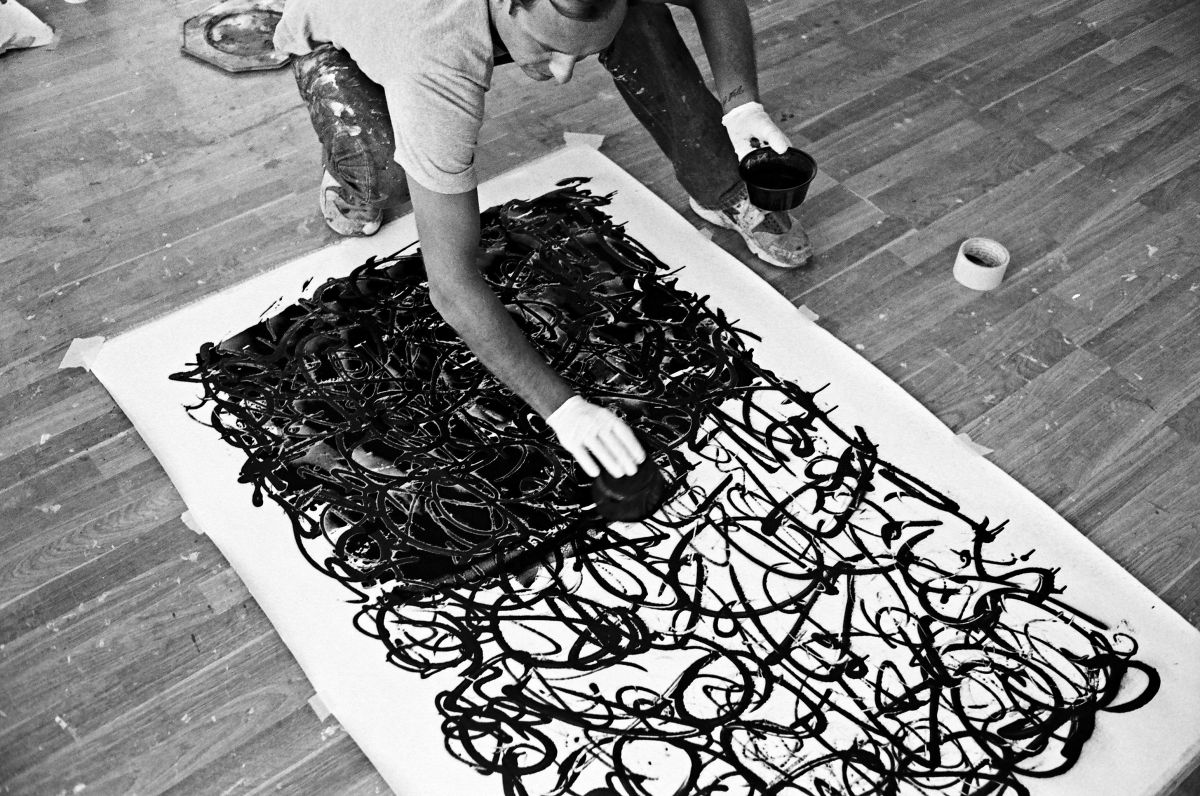 Tanc was born in 1979 in Paris, where he currently lives and works.

What characterizes him is the uniqueness of his style, which becomes more easily understood when we learn that Tanc grew up with graffiti. He believes that street art is ephemeral and that the action can be more important than the result. For him “to be an artist is a way of life”, therefore there must be total investment and absolute integrity. At the beginning of the 2000s, he concentrated on studio work and immediately distinguished himself from traditional graffiti artists through his work based on the line, researching synthesis. First using his name, then that of general tags, then people, music, and finally, his favorite subject, life.

Essentially based entirely on the line, his work does not try to be perfect, instead it is spontaneous. The state he is in defines its density and rigor. His heartbeat activates his arm like a metronome, though he doesn’t try to control this flow but just to understand the composition that he makes appear in balance between the conscious and unconscious. He composes his music and his paintings in a similar way way.

He is dense or light, rigorous or unstructured, but Tanc does not play; he lives making his art. He signs his paintings with “Tanc” as he has signed walls with tags since his adolescence. This discipline is first and foremost an instinctive outlet of his need for expression: he reappropriates urban spaces by shouting his name to the city with force.

Soon, the letters disappear and Tanc engages in exploring abstraction. By concentrating his work on lines and colors, he renews the classical pictorial research by confronting it with the primary vivacity of street art: preponderance of action, perfection of gesture, acceptance of chance and expression of a strong singularity. Above all, his works strike with their intensity, their musicality, and the vibration of lights and materials. The action, energy, and emotion of the artist touches the spectator in a sensual, intimate, and immediate way.

Though it may seem subjective, could you describe your path?

It started in my childhood when I discovered several ways of painting… One of them spoke to me, which was graffiti, and I decided to work with it. I started by painting abstract shapes, lines, colors and effects… until I earned my place in the milieu by writing my name.

During the 2000’s I started to have shows, along with the new general passion for Street Art. I had recently graduated with a Master's degree in artistic direction, and I had to make the choice between living by reason or living my dreams… I chose my dreams. After meeting Jean Faucheur and the group focused around poster collages, Une nuit, I gathered my friends from VAO to invest a workshop at la forge in Belleville. Exhibitions followed, with first trips, my first residency… I don’t earn much money, but it’s such a great way to earn it in regards to the life that I live. I paint and I party, everywhere and all the time. I want to live it all! Seven years have gone by since I left Atlas, and in a new workshop in the Lilas, it’s a new era. I became braver, more serious and more professional. The dream came true, I had to consider new goals. It was six years ago. Nowadays, I follow my path in the art world as exhibitions and encounters. It’s funny how the more I get closer to my goal the more the road seems to be long. Life is a performance!

Your work show a peculiar interest for gesture, what influences are hidden behind this interest?

Even though my heart was going to several types of representations, I feel closer to Action painting and lyric abstraction. In my opinion, its practice has no equal. Within it, gesture prevails and is singular. Action painting is synonymous with human touch and a direct transmission from painter to spectator. 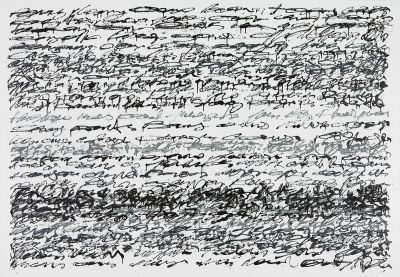 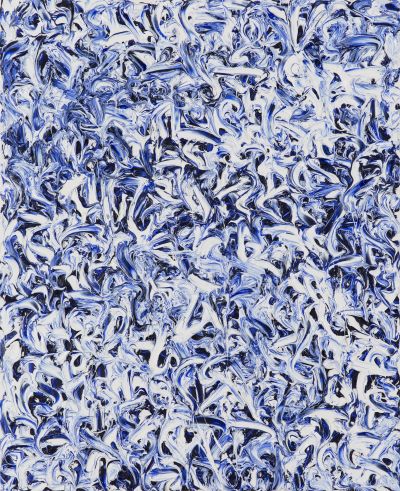 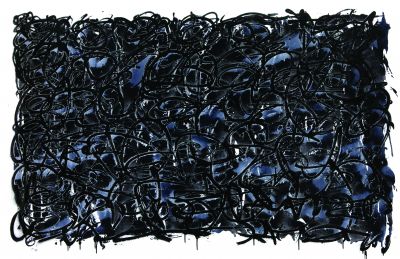 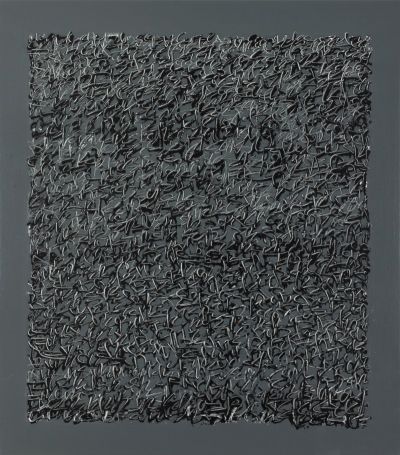 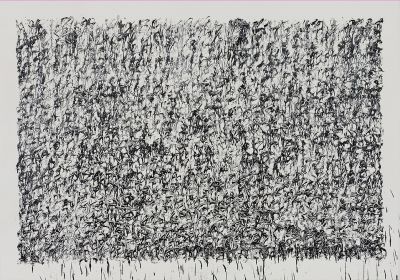 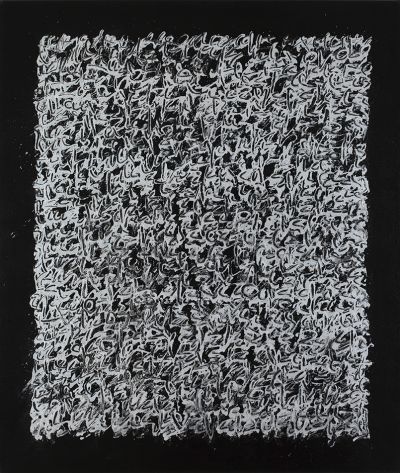 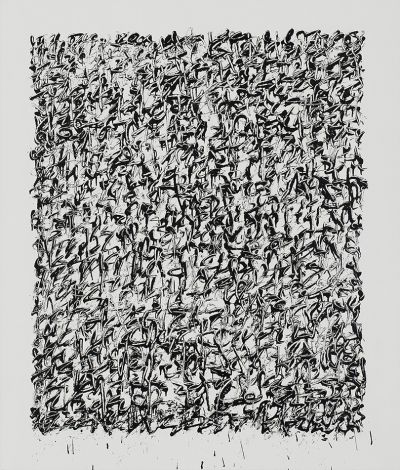 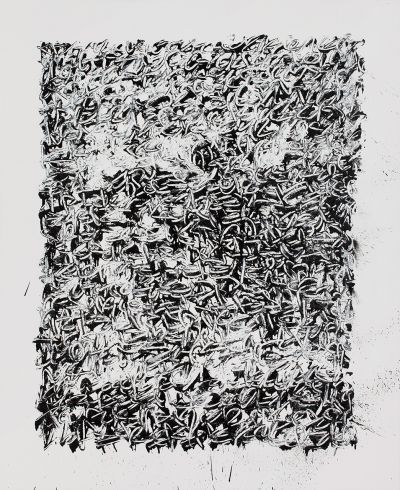 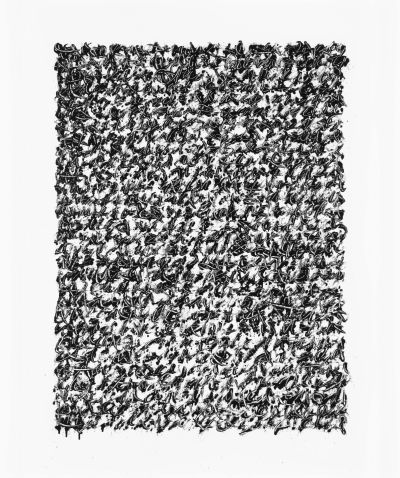