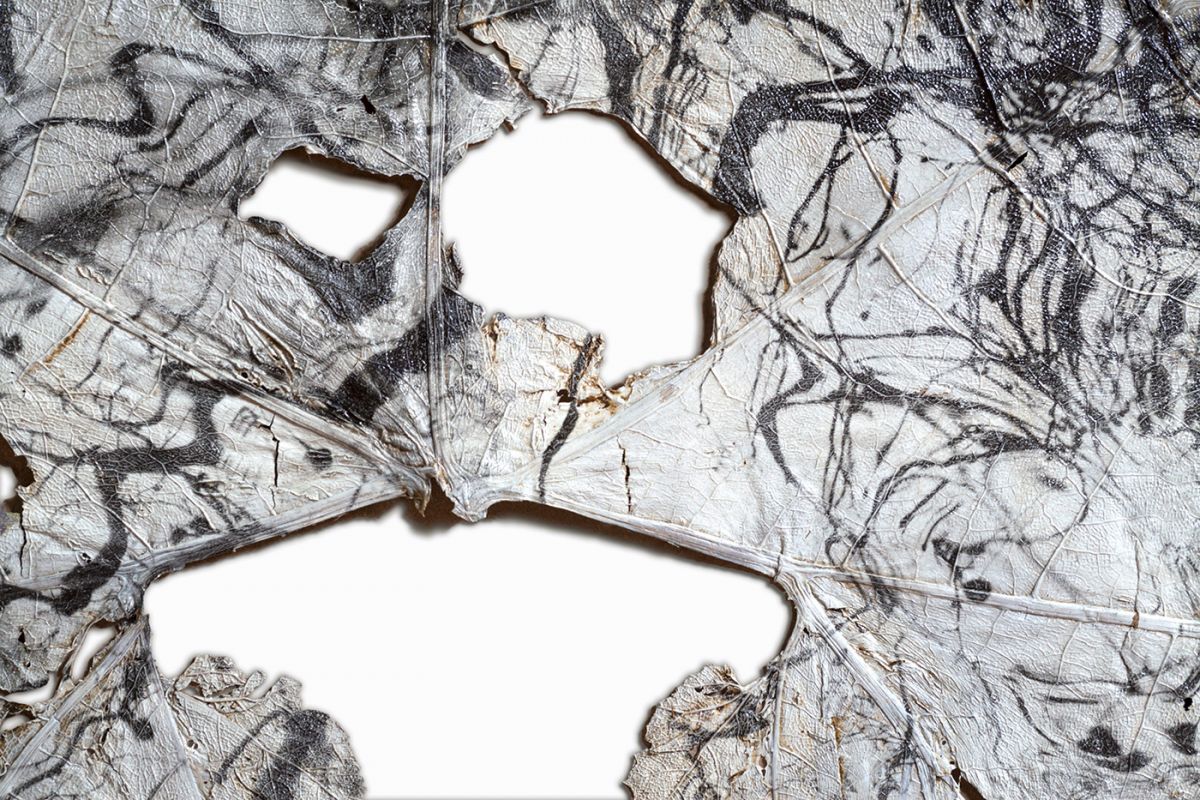 The Loo and Lou Gallery will be present on the 2019 Edition of Just LX in Lisbon, Portugal. On this occasion, four artist will be presented, Dominique Lacloche, Louise Frydman, Tana Chaney and TANC. The gallery will take place on the stand B2 from 16.05.19 until 20.05.19. 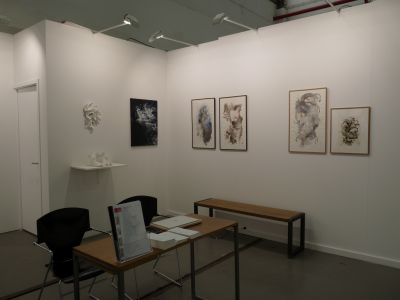 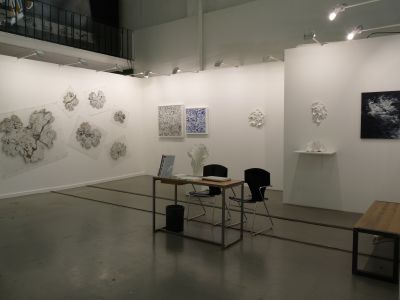 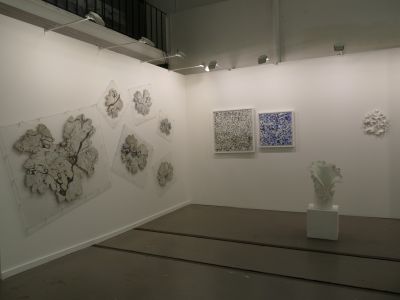 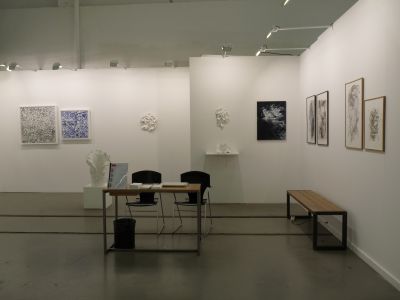 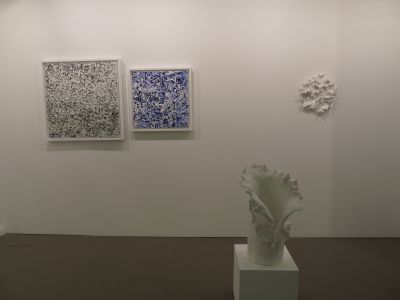 Dominique Lacloche was born in 1960 in Rome (Italy). She lives between Paris and London. For over twenty years Lacloche has been creating works with the Jurassic monumental leaves of the Gunnera Manicata.

Inspired by its form and texture, her method is exploratory and empirical: an initial experiment of photographic revelation on a Gunnera leaf generated a first «image-leaf», the beginning of a series of mise en abyme visual operations in (sculpture , photography, painting) or summoning evolutionary and organic temporal systems (cinematographic editing, digital animation, sound design and electroacoustic music composition).

Her artistic work is enlightened by her vision in painting and architecture, disciplines she has studied and practiced for many years.
Lacloche’s work has been exhibited in Europe and South America and is present in several private collections.
Dominique Lacloche is represented by the Loo & Lou Gallery.

Louise Frydman was born in 1989 in Paris. She graduated from the ESAG-Penninghen in 2012 and studied at the International Center of Photography of New-York in 2013. Louise is a multidisciplinary artist who turned into ceramics.

It’s the work on paper that leads her to the use of clay, and become her favorite material. Her sculptures, mirrors, or mobile installations in white earthenware play with light and movement. Her work is an exploration of the forms of nature. She seeks the encounter between strength and fragility by working her sculptures ethereally in their forms, and powerful by their often monumental dimensions.

Beyond forms and matter, it is the encounter between the work and its environment that interests Louise Frydman, the interaction between art and architecture. She wants to create a direct and intimate relationship with the public by offering them a poetic vision of the world, provoking the imagination both in places dedicated to art and in spaces accessible to all. It’s her emotion that she tries to show.

The artist collaborates today with luxury houses such as Hermes, Bonpoint or Yiqing Yin haute couture. She lives and works between Paris and Burgundy.

Tana Chaney was born in 1978 in Sofia, Bulgaria, where she studied in the School of Fine Arts. She moved to Paris in 1997 to study at the Ecole Nationale Supérieure des Beaux-Arts. She graduated after studying in the atelier of Vladimir Velickovic and Dominique Gauthier.

In January 2014, she presented her first solo show, “Corps” [“Body”], in the gallery Myriam Bouagal in Paris. Tana Chaney seeks to express in her painting the body as we live it from the inside, its interactions with the outside, with the other, its metamorphoses, its movements and its contradictions. With her second solo show, “Ma place, mon corps” [“My place, my body”], the artist continues to question her relation to the body. In September 2017, she exhibited at the Galerie L’Arrivage, in Troyes, France. On this occasion, she published a text collection “Corps Traits” accompanied by inks, always exploring the same subject.

TANC (Tancrède Perrot) was born in Paris, where he lives and works. As a teenager, he started to blacken the pages of his school notebooks with indecipherable and beautiful writings. With the maturity of a visual and graffiti artist, he re-elaborates the theme of writing by deepening the research on gesture, material, line and graphology.

Influenced by many travels in North Africa and Asia, and by his contact with Arabic calligraphy and ideograms, his artistic project is focusing on the aesthetic of writing: condensed sentences reveal abstract compositions. The forms that allow us to communicate acquire an autonomous and mystical status, detached from the common expression of meaning. TANC establishes a direct link between gesture and writing, in a process of repetition of signs that approaches a state of trance. Guided by a quick gesture almost metronomic that spontaneously arises from his mind, the artist produces these signs as a plastic expression of rhythm, syntax, and the flow of the spurts of his unconscious. They punctuate the canvas and are part of a more global system, such as an imaginary cartography of a new territory of language, unreadable in a literal sense but opening a new field of understanding. His works have been exhibited around the world, from Paris to New Delhi, from New York to Shanghai.