Loo & Lou Gallery has the immense pleasure to announce our participation in the contemporary art fair JUSTMAD for our fifth year in a row. 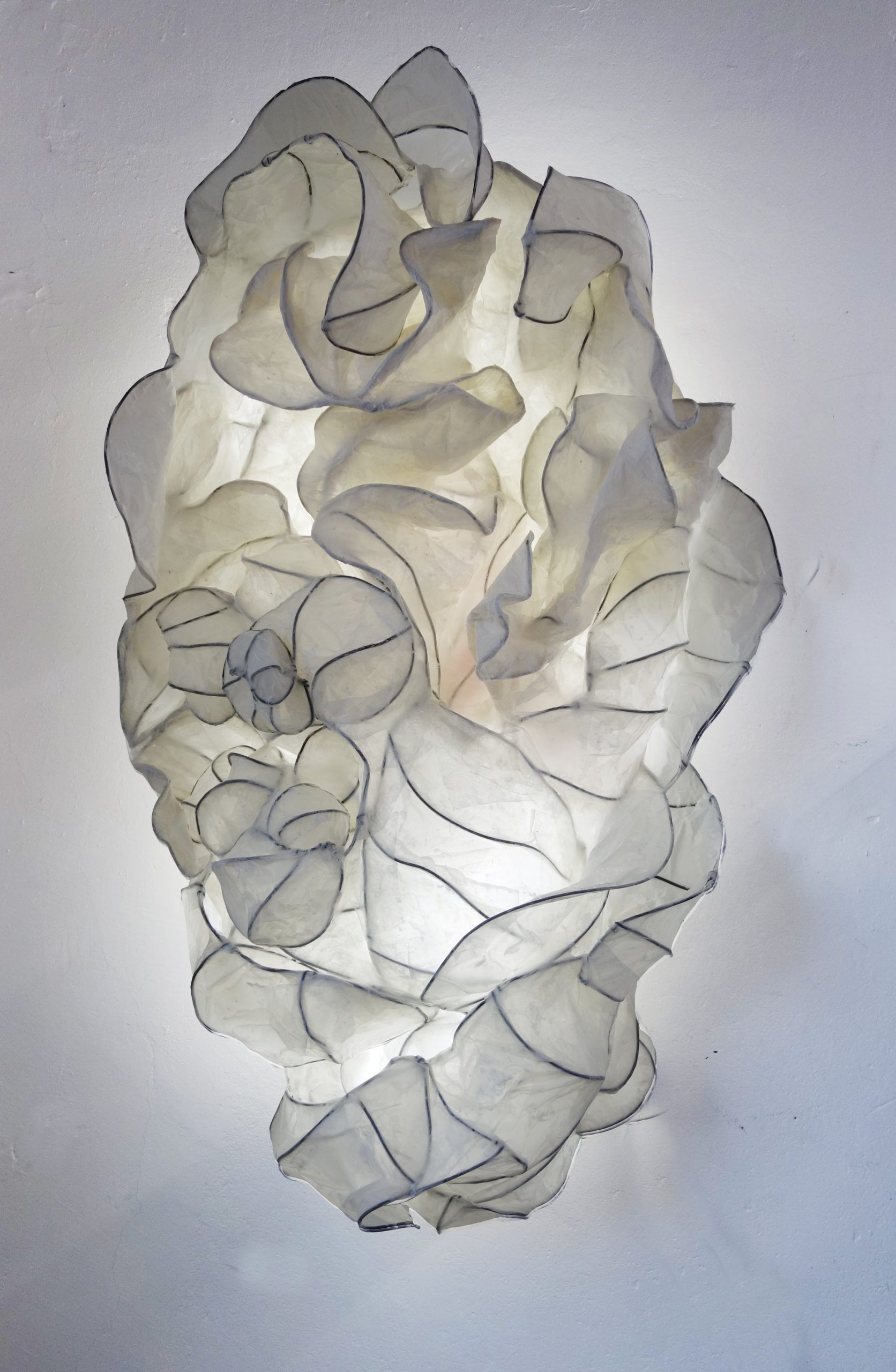 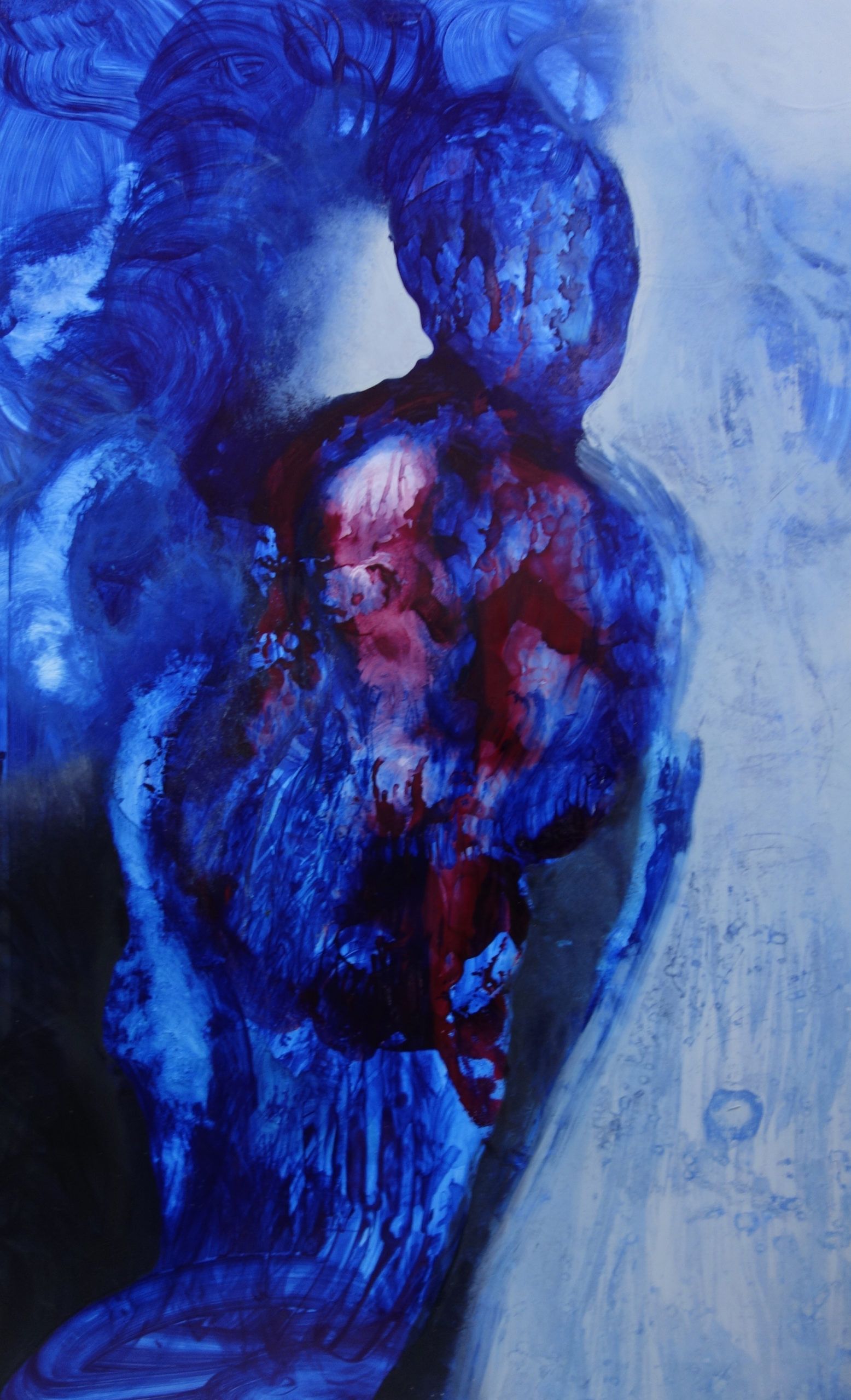 Christophe Miralles is a Franco-Spanish artist who lives and works between Burgundy and Casablanca. He has received many prizes such as the Azart Prize in 2005. His work has been the subject of numerous monographic exhibitions in France and abroad, integrating various collections.

From his roots in Morocco, one can note the influences that resonate between the two shores of the Mediterranean, which never cease to collide with one another. Undoubtedly, Spanish painting from the Golden Age has sealed his relationship with light.

Human figures suspended in the air haunt his canvases, inducing feelings of worry mixed with a certain nostalgia. The combination of simplified forms and subtle nuances in colors allows him to give a timeless aspect to his paintings, where the material is the main subject.

Miralles creates oil and lacquer paintings on paper and canvas. He brought together a series of paintings for an exhibition at Loo & Lou gallery entitled Territoire Unique in April 2018. His work is based on themes of humanity, travel, and tolerance. Colors burn through his canvases, engorging them in flames, with the ashes slowly falling on his large, black papers. He is a painter anchored in contemporary society, a territory that he hopes is unique for each person. 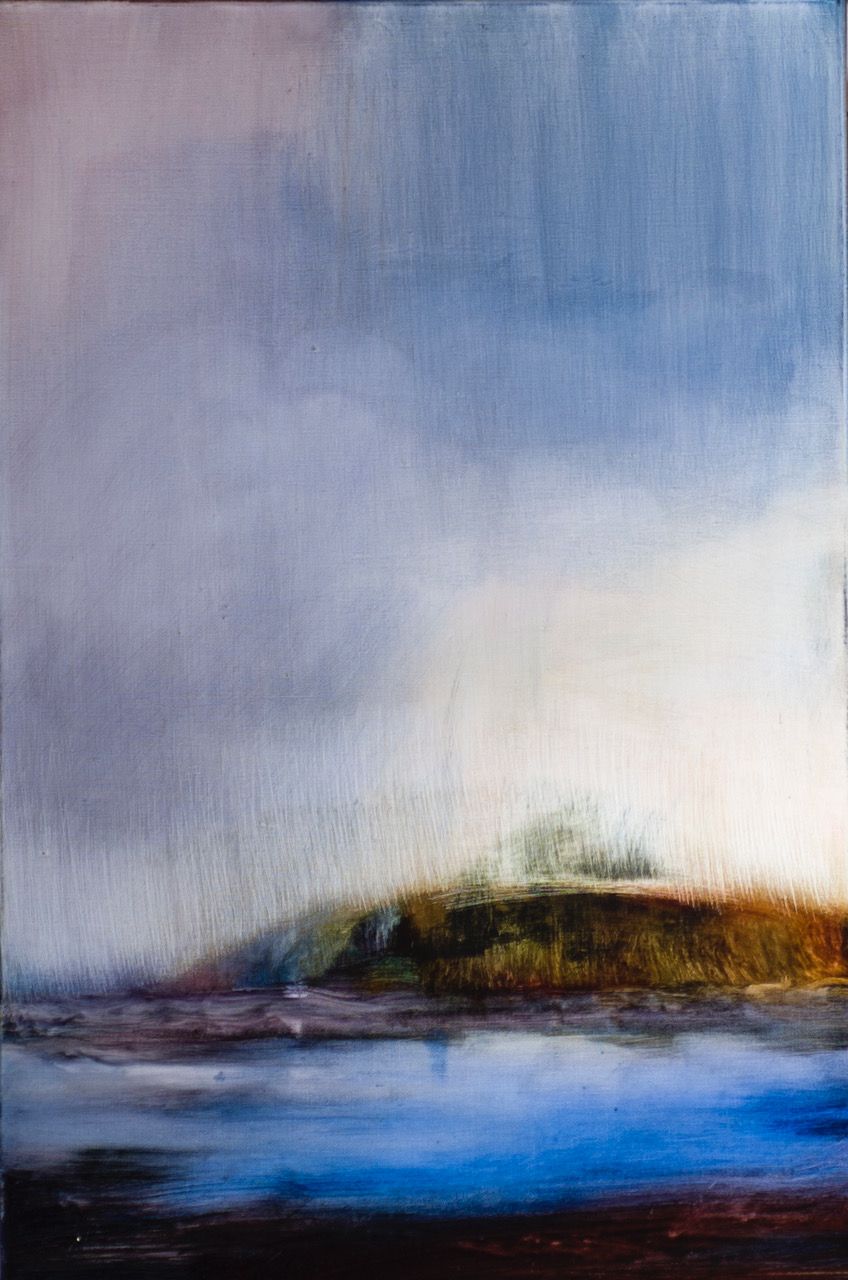 Johan Van Mullem was born in Congo in 1959 to Belgian parents. He grew up moving around the world as a result of his parents various diplomatic postings, including a seven year stay in Tunisia. The artist has always been an autodidact. He started drawing at the age of five and  never stopped, following in his father and grandfather’s footsteps. His family roots are in the city of Bruge, and from which he went on to study architecture in Brussels. Later on, Johan began exploring with etching and painting. Today he paints with etching ink, and is considered to be one of the only artists who uses this medium as a way to create paintings.
Since his youth, Van Mullem has persisted in his search for wrinkled faces, seeking the beauty that he recognized in the experience that is “engraved” on faces and in hands. Since then, the face remains the major subject of his work. The subjects appear  rejuvenated, disappearing or emerging in a halo of light in an old-fashioned sfumato, offering an escape into a world of emotion. His work is an invitation to look inward and go on a journey of omnipresent emotional charge of which one  cannot part ways indifferently, an effect of the bewildering depth of his paintings.
The superimposition and erasure of many smooth layers of diluted inks further accentuates the feeling of viewing a presence on the canvas that is difficult to describe. Van Mullem has mastered this specific and unique technique through self-learning, executing his pieces in etching ink as an extension of his experience as an engraver, giving his work an additional, exceptional character.
A multifaceted artist, designer, poet, musician, painter and sculptor, Van Mullem strives to create a diverse but absolutely coherent œuvre that builds bridges to link and awaken our senses. Though his pieces are contemporary, they can suggest references to historical masterpieces.
His paintings are in major private collections and Museum collections throughout Europe. He has held solo exhibitions in Art Galleries located in London, Paris, New York and Brussels. His work was exhibited in various European Museums.