The Loo and Lou Gallery will be present on the 2019 Edition of Just Mad in Madrid, Spain. On this occasion, three artist will be presented, Flo Arnold, Christophe Miralles and Paul de Pignol. The gallery will take place on the stand C12 from 26.02.19 until 03.03.19. 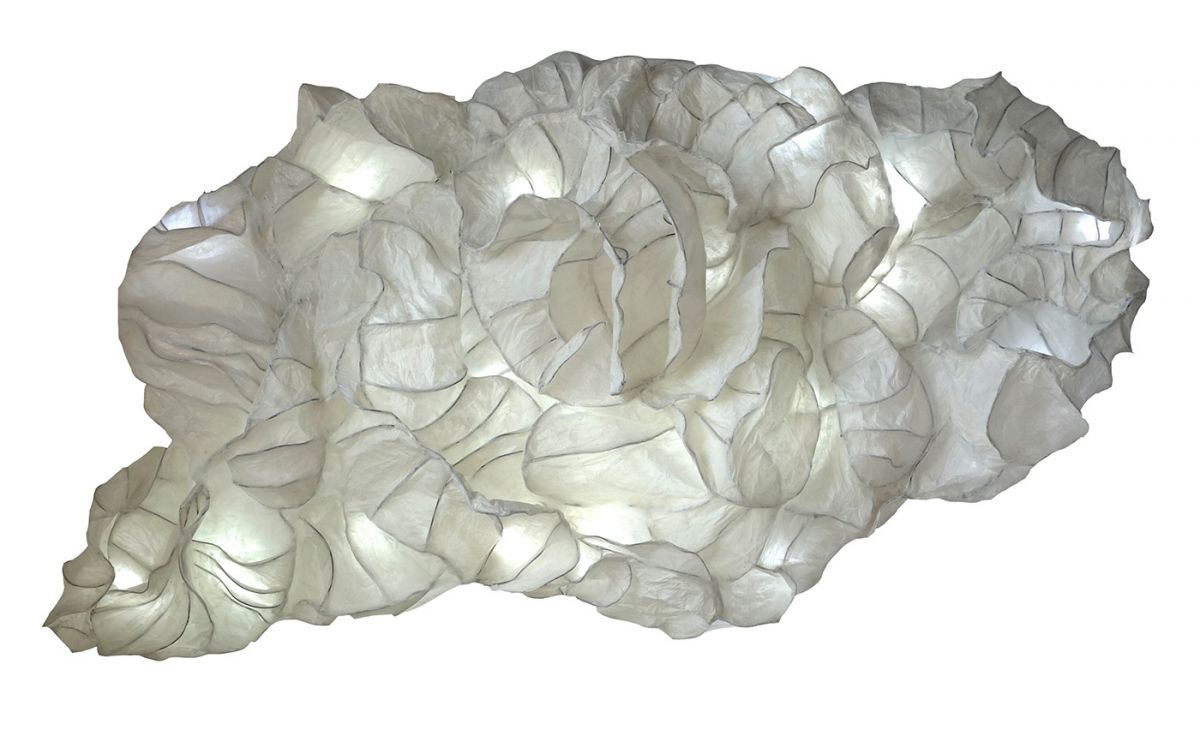 Her cultural crossbreeding, a key element of her work, has been forged by many trips and stays abroad, in Africa, Europe and the United States. Her installations show this existential nomadism: her artistic gestures are the result of her path.
She took part in the 2016 Biennial of Marrakesh, where she exhibited at the Musée de la Palmeraie, for the first time one of her installations of water-repellant paper on curled brass.
Her creations are often backlit and sometimes supplemented with sound.
The material used, japanese white paper, suggests the ephemeral and the fragile, but also a form of evanescence underlined by their apparent levitation.
Flo Arnold’s sculptures thus float in spaces inviting us to contemplation, spirituality, and to an inner journey.
As a world’s citizen, she metaphorically feeds her sculptures of her encounters.

Flo Arnold was born in France and grew up in Casablanca, Morocoo. She had many solo shows in France and abroad, particularly at the Marrakesh Biennial in 2014 and 2016 ; and at the Loo & Lou Gallery, in Paris, in 2018. She also participated in several group shows, at the Fondation Pierre Berger and the Institut du Monde Arabe in Paris in 2013; at the Musée de la Palmeraie in Marrakesh in 2014 ; and at the Institut Bernard Magrez, in Bordeaux, in 2017, among others.

Christophe Miralles’ work is focused on a constant search for identity.
Represented alone or in pairs, his silhouettes are simple, timeless and universal figures, emblematic of the human presence. The artist offers us images that we can own and apply to our own story.
He has been exploring for twenty years now the same thematics, while digging his research and pictorial writing.

Christophe Miralles, a Franco-Spanish artist, lives and works between France and Morocco.
He presented his work in numerous solo shows, particularly at the Musée du Mémorial in Caen in 2008; at the Marrakesh Biennial in 2014 and 2016; and at the Loo & Lou Gallery, in Paris, in 2018.
He also participated in several group shows, at the Cachan Biennial in 2016, at the Marrakesh Biennial, with the Yakin&Boaz gallery in 2014  and at the Musée de la Palmeraie in Marrakesh in 2014, among others. 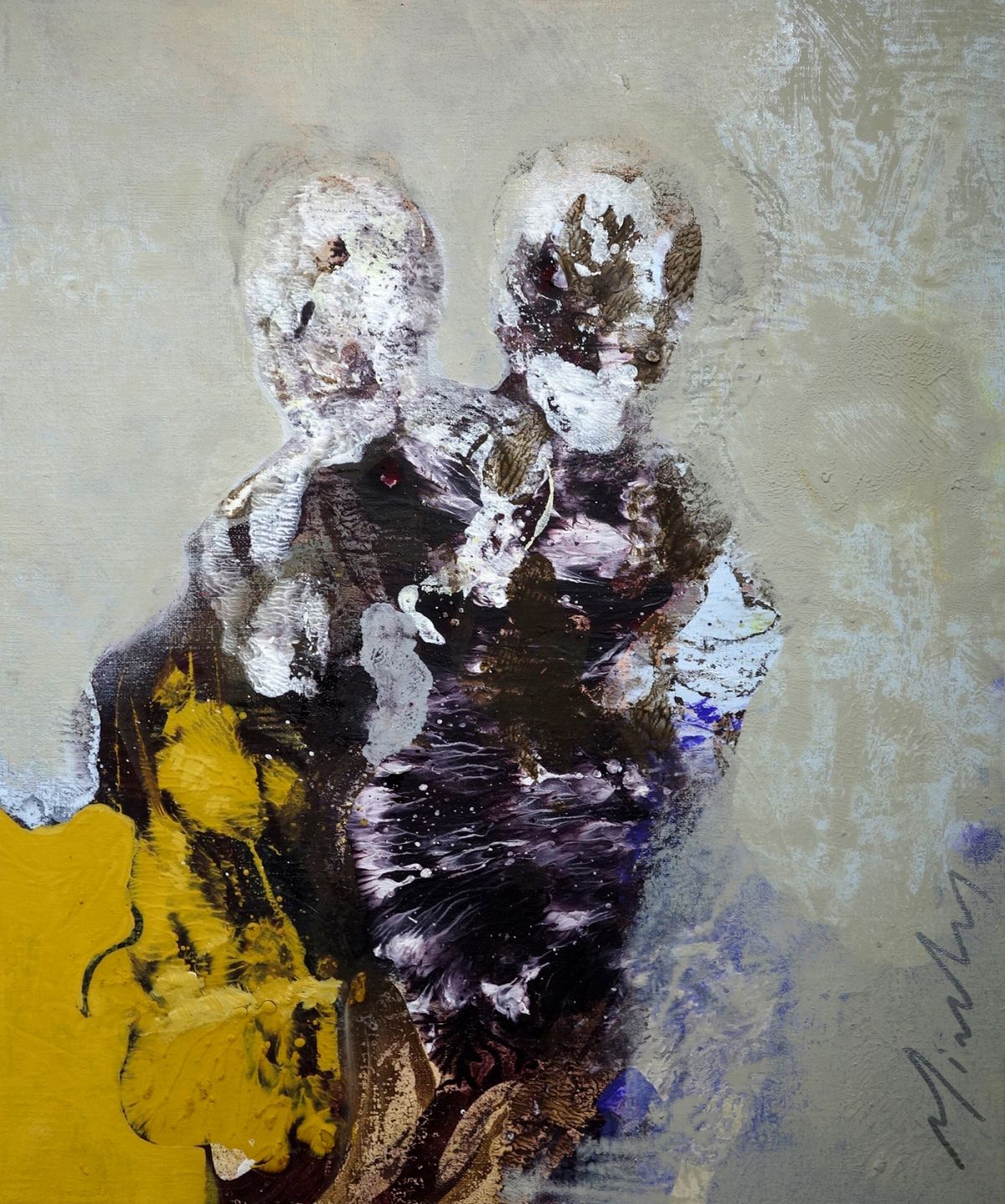 Paul de Pignol was born in France in 1965. He lives and works in Paris.
In 1984 he joined the Paris School of Arts (École Nationale Supérieure des Beaux Arts de Paris), at the Pierre Carron atelier. He exhibits in numerous solo shows, particularly at the Fred Lanzenberg gallery in Brussels (Belgium) in 2008 ; at the Koralewski gallery in Paris (France) in 2002; at the château de Nemours (France), in 2008 ; at the Loo & Lou Gallery, in Paris (France), in 2017.

He created his first sculpture “Fille au Ballon” in 1989, inspired by Lucas Cranach’s Venus. Progressively, the sculpture prevailed over other techniques in his work. Later, starting in 2010, drawing takes on particular relevance, as he decides to dedicate a specific workshop to it in Paris. Since then, those disciplines became undoubtedly related in his work. The artist’s drawings are an extension of his research on the volumes in which he perpetuates the sculptor’s gesture by placing light through erasing the substance in small strokes on a charcoal blackened paper. The bodies this revealed have a spectral presence.
Both in sculpture, painting and drawing, Paul de Pignol reveals a unique creation process, a dive into the intimate substance of being.
His work focuses mainly on the female figure around universal themes, birth, life and death. 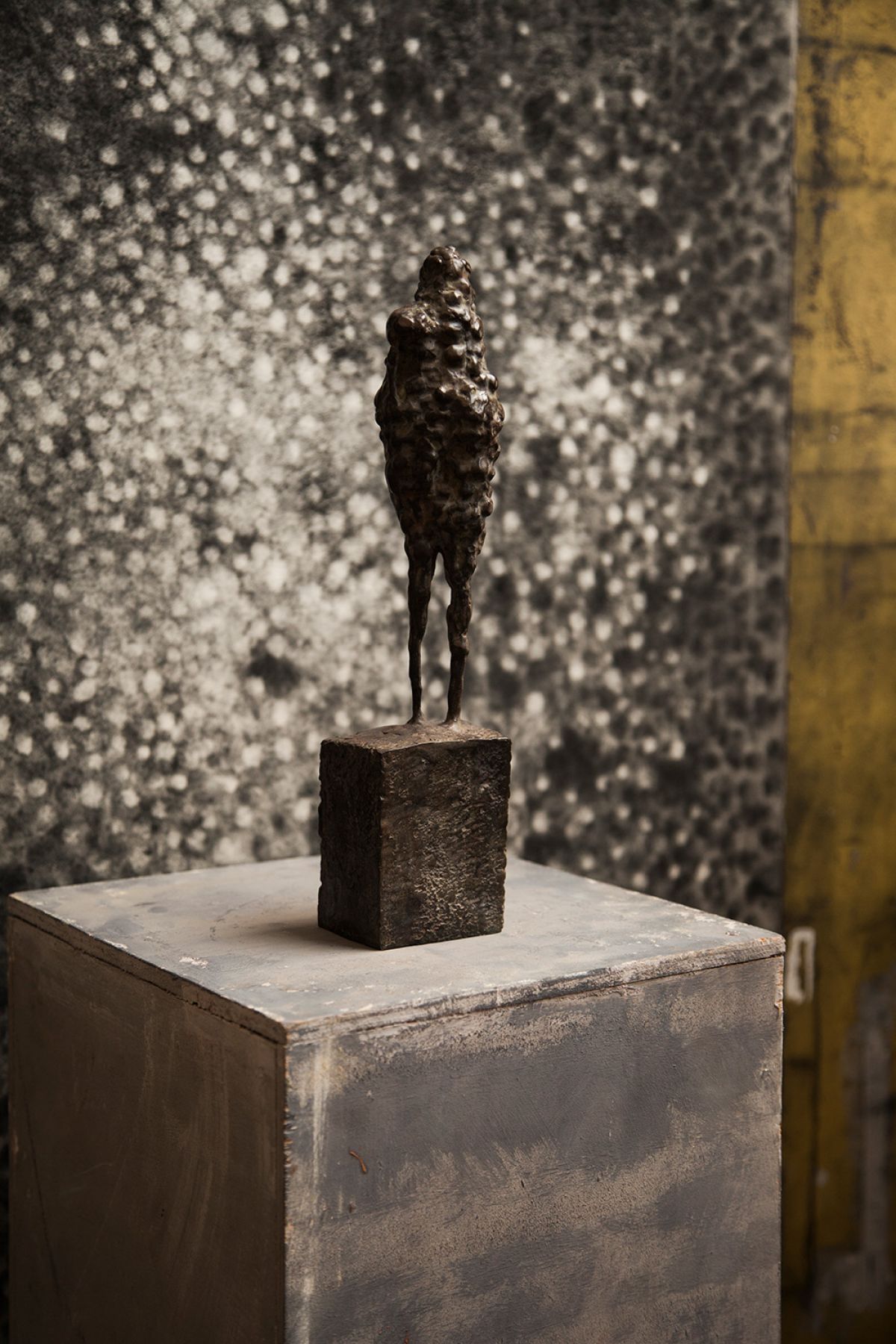