The Loo and Lou Gallery will be present on the 2018 Edition of Art Paris Art Fair. On this occasion, the artists that will be presented are Dominique Lacloche and Matthias Contzen. The gallery will take place on the stand A21 from 05.04.18 until 08.04.18. 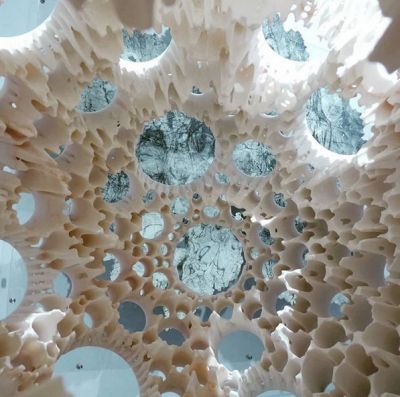 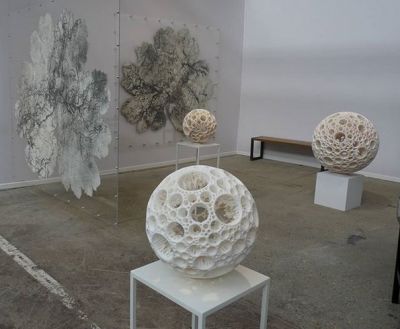 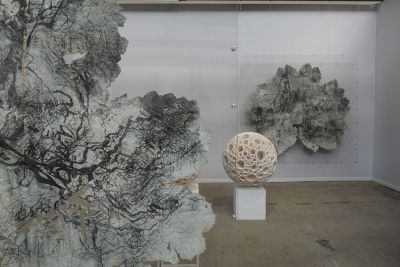 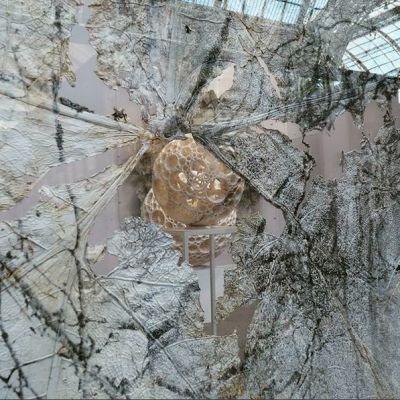 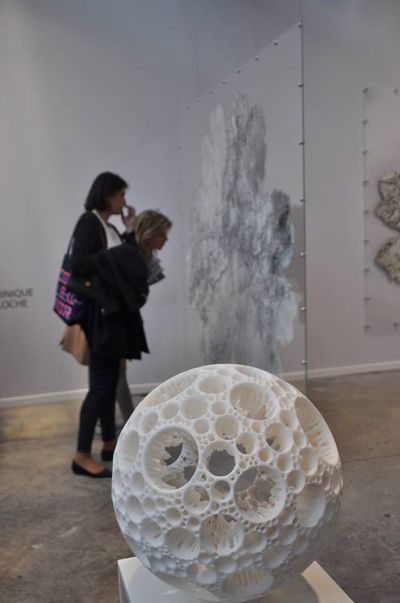 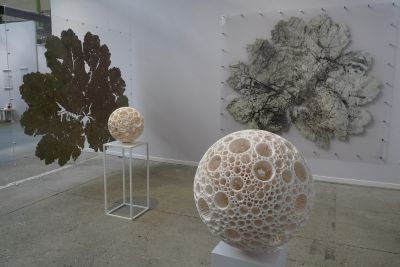 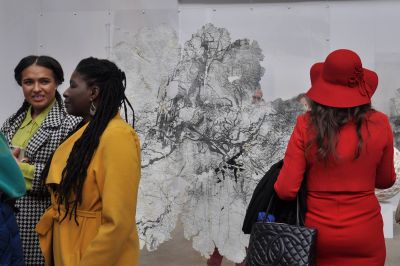 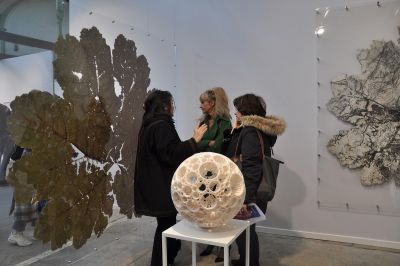 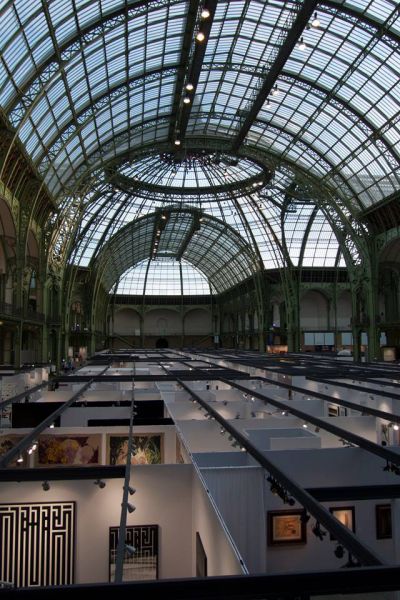 Born in Rome in 1960, Dominique Lacloche lives and works in Paris and London. In 1983 she was accepted to the School of Fine Arts, Paris, which lead in 1985 to her first artistic project in Afghanistan. In this country which was in the midst of war, she paints for months, fighting for the afghan refugees and then exhibits in London. This experiment indicates the beginning of a long series of trips to meet different populations, especially in Asia and Africa.

As a painter, Dominique Lacloche already holds dear the elements of nature and pursues long researches about the making of her paints, created from different organic extractions. During early 00’s, the artist discovers the Gunnera Manicata. She experiments using photography, video, installation and sculpture and starts to develop its notion of perception. In Paris she exhibits during the Nuit Blanche 2013, one of the most remarkable installations : « Un Degré Plus Haut ». A monumental installation composed of forty-two suspended sculptures in resin, (rising up to 55 meters high). Rising towards the top of the Saint-Paul-Saint-Louis Church, this giant mobile creates waves under the influence of the breeze : playing with juxtapositions and shadows. 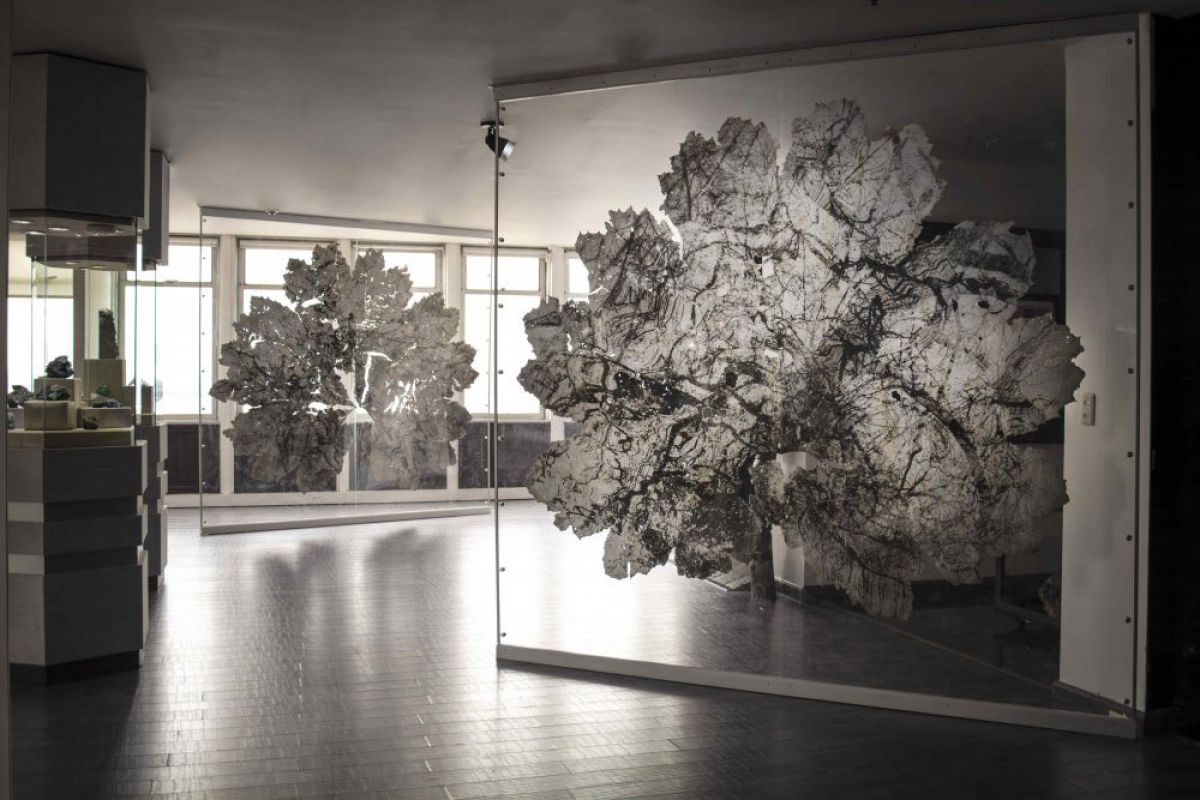 Matthias Contzen was born in 1964 in Aschaffenbourg, Germany.  He worked first as a musician, he played in different bands, and took multiplies trips to Europe and Africa. At the beginning of the 80’s, he started creating sculptures taking place over composing music (something that would still hold an important place in the artist’s work).

In 1987, he was accepted to the European Academy of Fine Arts in Trier, but graduates at the Sculpture Academy of Munich in 1991. He also obtains a diploma from the design department, at the Arts and Crafts Guild at the Fine Art school of Sarrebruck and won the third price at the international design contest « Cultures and materials ». Afterwards he continues his education with a bachelor in sculpture from Mayen. Matthias Contzen has been living near Lisbon, Portugal since 1998. In 2002 he was rewarded by the «  City Desk », the most prestigious portuguese sculpture price, and nominated in 2003, for the Toyamura International Sculpture Biennale in Japan. In 2009 he co-funded the Sculpture Factory, Pero Pinhero in the north of Lisbon. An open space to visitors where he is currently works amongst ten artists.

His encounter with the actress Philippine Leroy – Beaulieu brought him new perspectives towards his work.From their desire to share experiments with sound, led them towards a project : « Planet » which was presented during the Nuit Blanche 2014, Paris. It was afterwards associated to the installation « For You », a witness of their common understanding about nature. Matthias Contzen sculptures are nowadays well integrated in the public spaces : In Portugal, (Caiscais, Cantanhede, Viseu, Mafra, Madere)  but also in Germany, (Mayen), Spain (Corona), Canada (Toronto) and in the United Arab Emirates (Dubai, in the Burj Khalifat’s gardens). His sculptures are also in numerous art foundation collections as well as private collections in Europe, the United States, Brazil and India. 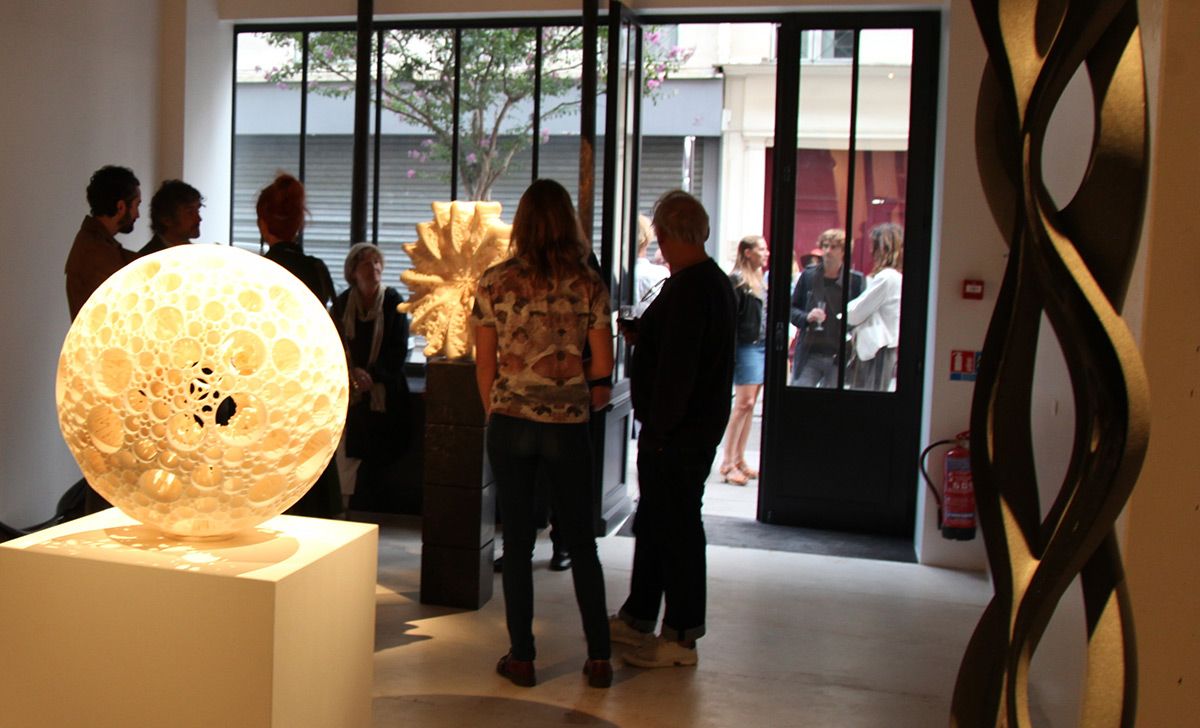