The Loo and Lou Gallery will be present on the 2019 Edition of Art Paris Art Fair. On this occasion, the artists that will be presented are Lydie Arickx, Flo Arnold and Catherine Wilkening. The gallery will take place on the booth A21 from 04.04.19 until 07.04.19. 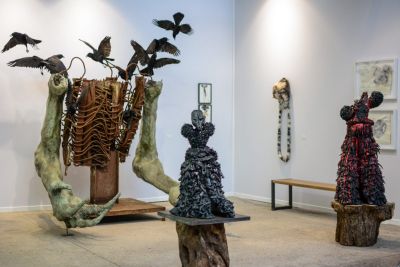 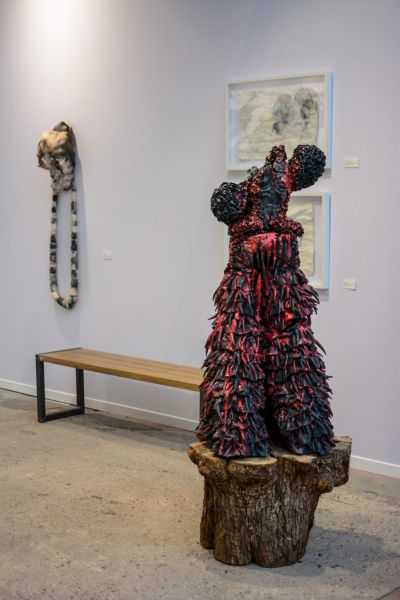 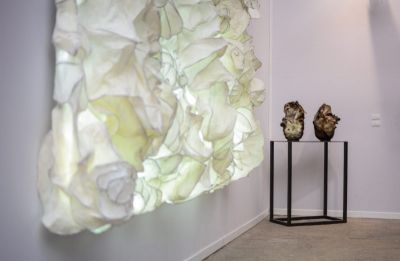 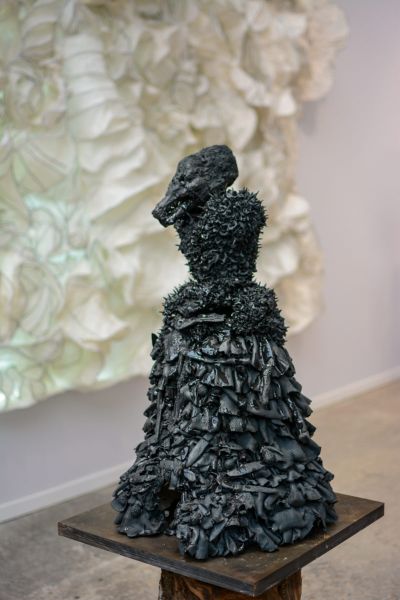 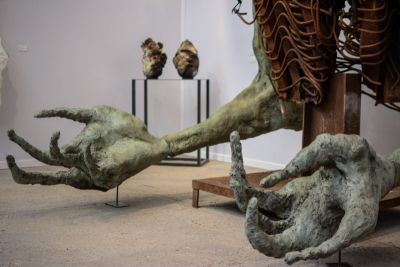 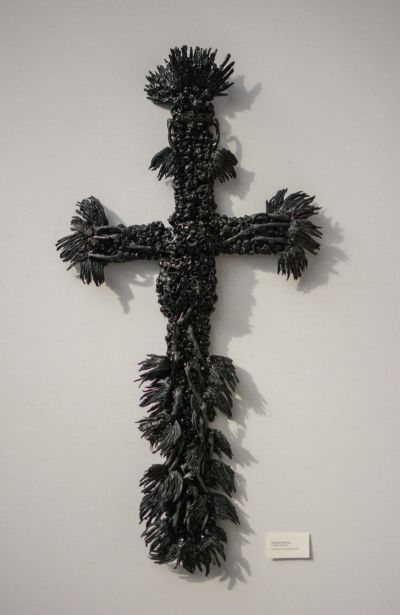 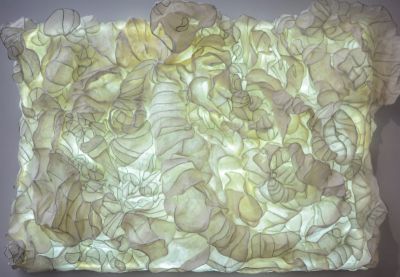 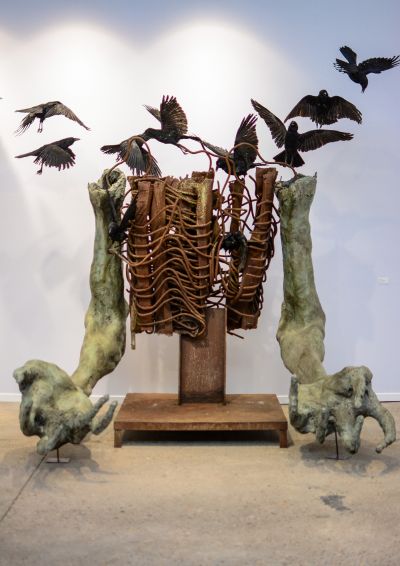 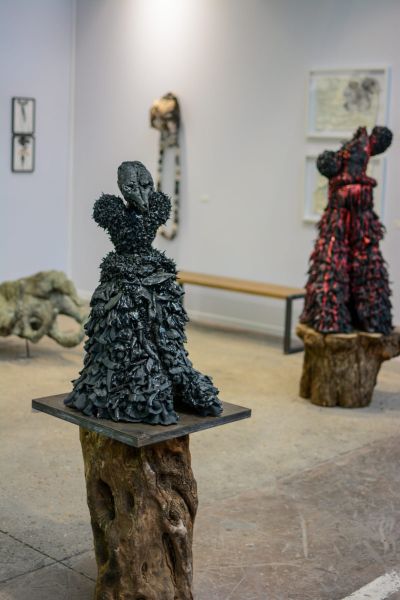 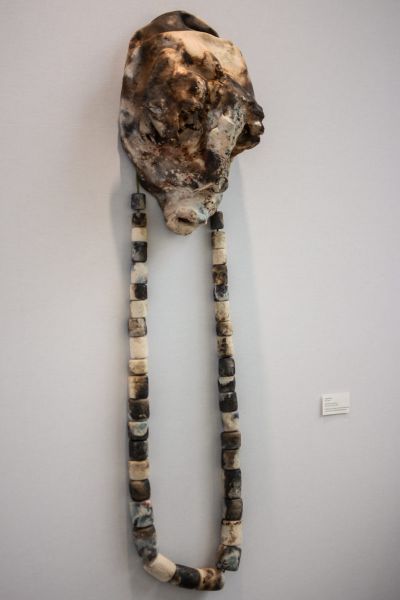 Lydie Arickx is a painter and a sculptor born in France in 1954 from flanders parents. After studing at the École supérieure d’arts graphiques (ESAG) in Paris, represented by Roland Topor, she is having her first solo show in the gallery Jean Briance (pastels and oils).

Since the beginning of the 80’s, she has been participating in major international events, such as the art fair in Basel, FIAC and Art Paris. In 1988, she presents her work in Belgium, in Switzerland, in Germany, in Holland, and then in Spain and USA ( first exhibition organized by Amaury Taittinger in New-York along with Francis Bacon ).

The artist often organizes cultural events on the international stage, displaying visual art and performing arts (training workshop for schools, companies, hospital, cultural events, exhibitions… ).
Lydie Arickx’s artwork figures in the major international public collections ( Musée National d’Art moderne de Paris, Centre Pompidou, Palais de Tokyo, Fonds National d’Art Contemporain) and in public space, such as in the Hôpital Paul-Brousse in Villejuif, Centre Hospitalier Intercommunal in Créteil, MACS in Saint-Vincent-de-Tyrosse, among others.
In 2017 she presented the solo show «Gravité» in the Loo & Lou Gallery, where she will exhibit her work again in september 2019.
She is often invited to show her work in prestigious sites of french heritage, such as in the Conciergerie for the Nuit Blanche in 2017, or in the maginificent château de Biron in Dordogne, where she currently presents a dantesque exhibition «Tant qu’il y aura des Ogres». In 2020, Lydie Arickx will exhibit her work in the Château de Chambord.

In her studio, that she considers as a site of experimentation, Lydie Arickx researches et adapts supports and materials for her artwork
(concrete, emery clothe, wood, fabric, asphalt, resin and fibers… )

Her cultural crossbreeding, a key element of her work, has been forged by many trips and stays abroad, in Africa, Europe and the United States. Her installations show this existential nomadism: her artistic gestures are the result of her path.
She took part in the 2016 Biennial of Marrakesh, where she exhibited at the Musée de la Palmeraie, for the first time one of her installations of water-repellant paper on sheathed brass. Her creations are often backlit and sometimes supplemented with sound. The material used, japanese white paper, suggests the ephemeral and the fragile, but also a form of evanescence underlined by an apparent levitation.
Flo Arnold’s sculptures thus float in spaces inviting us to contemplation, spirituality, and to an inner journey.
As a world’s citizen, she metaphorically feeds her sculptures of her encounters.

Flo Arnold was born in France and grew up in Casablanca, Morocco. She had many solo shows in France and abroad, particularly at the Marrakesh Biennial (Morocco), in 2014 and 2016 ; and at the Atelier of the Loo & Lou Gallery, in Paris (France), in 2018. She also participated in several group shows, at the Fondation Pierre Berger and the Institut du Monde Arabe in Paris (France), in 2013; at the Musée de la Palmeraie in Marrakesh (Morocco), in 2014 ; and at the Institut Bernard Magrez, in Bordeaux (France), in 2017, among others.

Born in Dijon in 1963, Catherine Wilkening lives and works in Paris, where she is dedicated to sculpture since 2003. Whereas it’s only since 2015 when she accepts to exhibit her work in public.
Her reputation is also due to her career as an actress since the early 1980.

Her sculptures are inspired and nourrished by the female figure, with obsessive themes: birth, chaos, death – rebirth – and provides her with the enjoyment of eternally giving birth, from a sensation, a word, or an image that obsesses her or impose itself in the moment.
On the occasion of Art Paris, she chooses to retelling of the tale the «Little Red Riding Hood» by Perrault, who ends up becoming a she-wolf and eat the mother, the grandmother and all the wolves. An allegory of these giant and devouring mouths, who are called cannibals, feed on their fellow creatures.