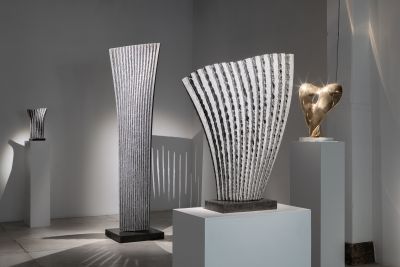 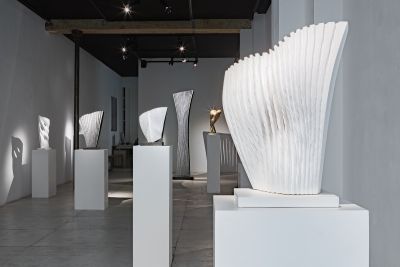 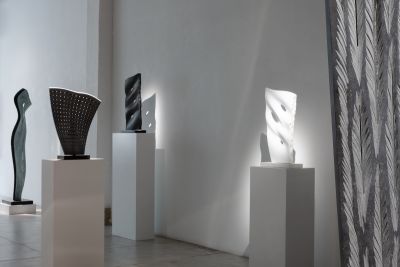 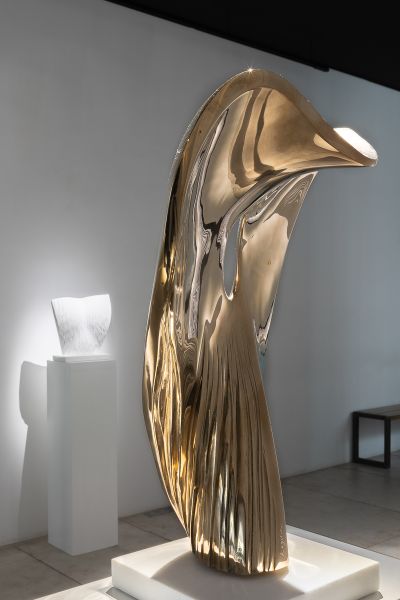 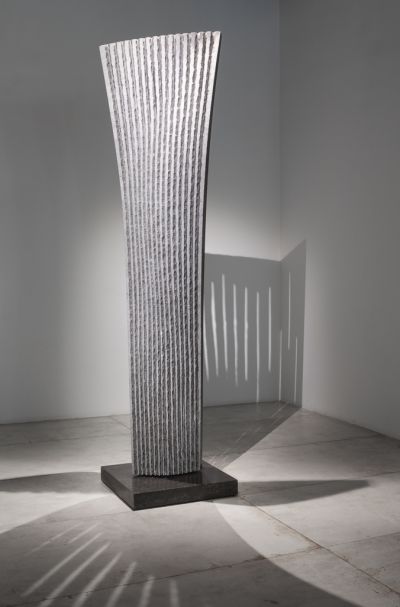 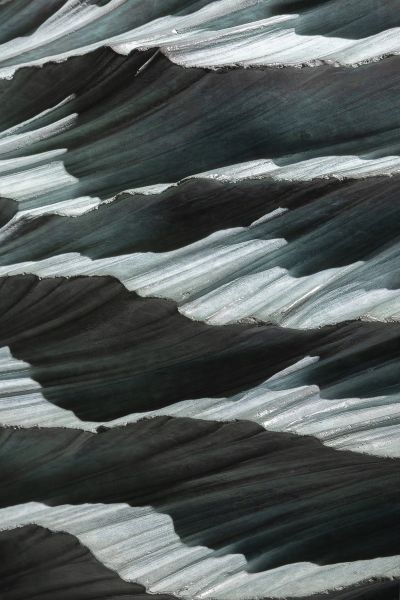 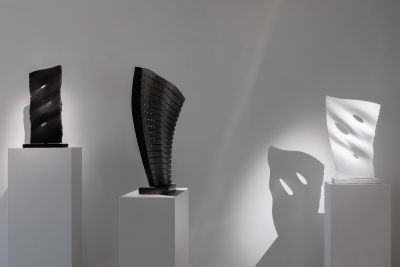 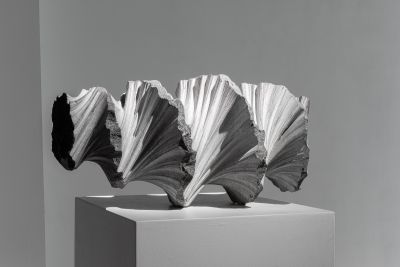 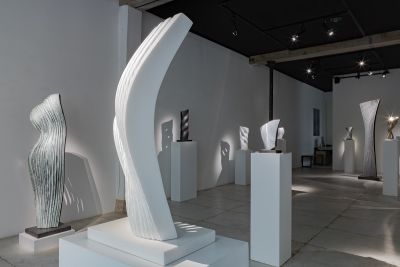 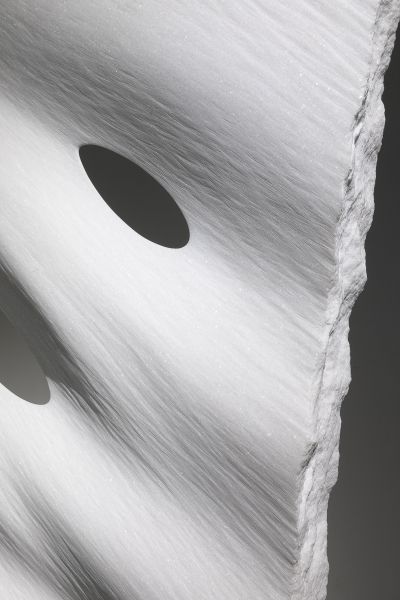 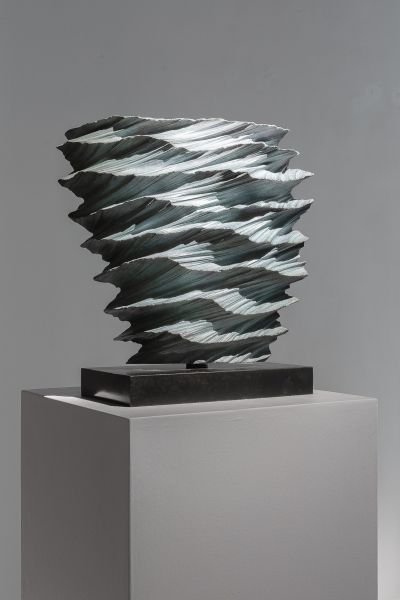 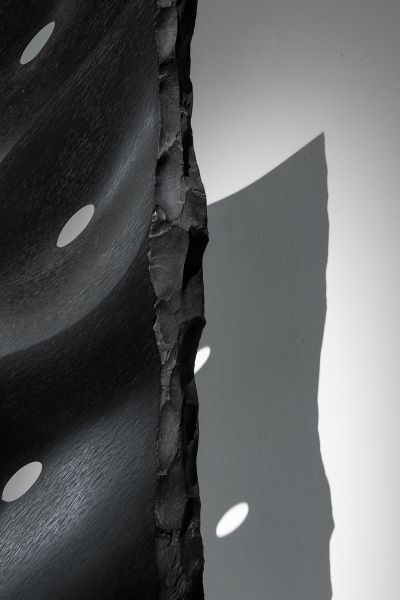 Benoît Luyckx has been creating sculptures out of stone with precision for more than forty years. He works with the actual size of the stone as it has it has been cut, and without the aid of an assistant nor new technologies. Though he is perpetually searching, the Belgian-born sculptor has developed a true signature style. His universal and powerful works are recognizable through the way he purifies and breathes life into robust stones that artists have been experimenting with for millennia.

At the heart of his work is the texture of stone, sometimes striated, natural, or smoothed, often with an aspect of minimalism. "I like calm, pure things," remarked the artist. Luyckx enjoys venturing to quarries in France, Italy, or Belgium, treating them as open-air workshops in the middle of nature. He began his career with limestone, which is softer, before quickly turning to white marble, first from Carrara in Italy, then from Greece, before handling black marble from Belgium, until he eventually discovered Belgian blue stone for himself, which quickly became his favorite.

At Loo & Lou Gallery, Être en Nature unveils about twenty important works made over a period of ten years. The title works as a double meaning of a communion with nature and also of the simple notion of existing. Être en Nature is also the name of one of his sculptures: a graceful bust set in the abyss. The torso is a reoccurring theme in his work, and throughout the course of his career it begins moving towards an amplified purification, in order to signify the essence of being and its spirituality. This is the case of Nude Reverse, a torso in white marble, which with its conceptual forms reveals a smooth and veiled body endowed with soft curves, offering a sublimation of the feminine in a silent vibration. The juxtaposition between polished and rough gives life to the material and expresses the duality that inhabits it. Soft and Rock II is another perfect example of this idea. If the body is a guiding thread, Luyckx tends towards an appreciation of landscapes, where busts become more and more abstract, and give way to other forms from nature. It can be the subtle evocation of fields and the sensual dimension of undulating ears of wheat bending in the wind...

Most of his sculptures are on a pivot, turning and dancing on themselves, playing with light, shadow, and new perceptions. In Luyckx's works, escape and reverie are the driving force behind creation free of interpretation. 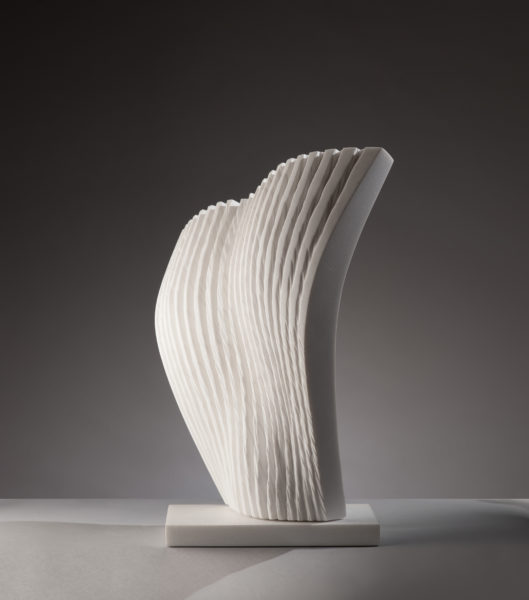 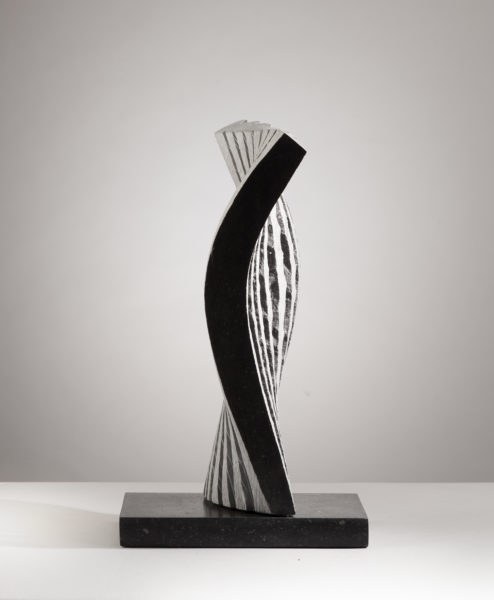 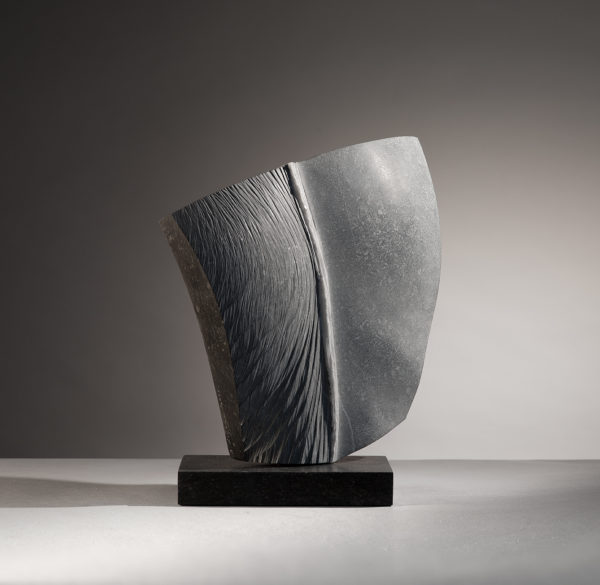