IN THE LAND OF NOWHERE 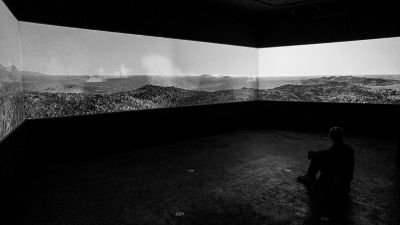 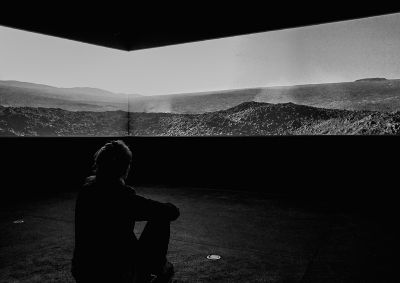 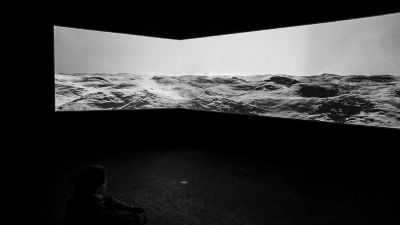 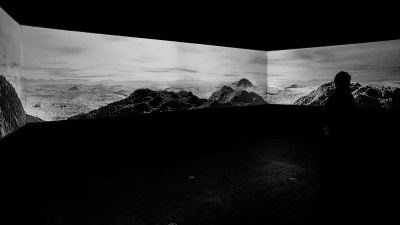 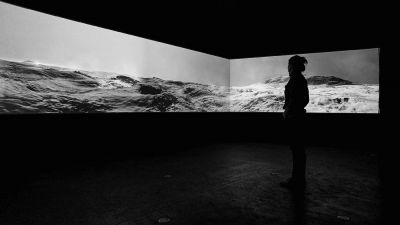 In The Land Of Nowhere, 2015, audio-video, installation, (6 ‘’) is Kayip’s first installation, exhibited outside the Korean territory. It has been recently presented in Seoul during the exhibition Into Thin Air, at the Kumho Museum and forms the third part of the audio video installation series Uncertain Landscape, started in 2013, and inspired by a journey through the Gobi Desert in 2012. This series projects us into a space and time relationship located at the opposite of what Seoul represents, a city of hyper modernity carried by a certain speed2.

Authentic mental reconstruction, In The Land Of Nowhere combines an auditive room with computer generated images, to re-establish, well after the artist has come back to Seoul, from his journey in this deserted landscapes of the north of China. Displayed on three video projections, is a huge black and white parnoramic, where the viewer renounces, like the artist, to any time and space ratio. Created ahead, the images are led to grow out of their memory zone, music defines itself as an infinite horizon, intensifying the perspective until the mind loses its senses. Woojun Lee takes his artist name from an article found in the turkish press, under the title Kayip, meaning « lost », the odyssey of a father in search of his daughter after Izmit’s earthquake in 1999.