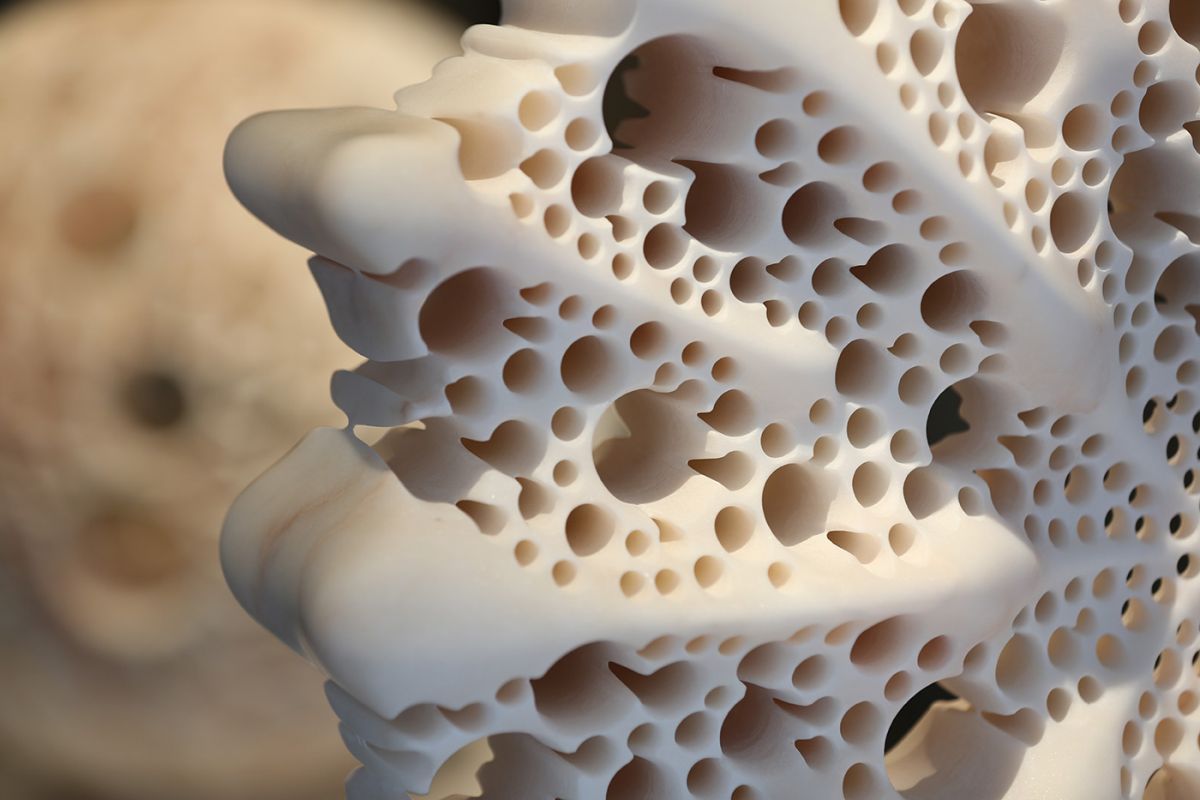 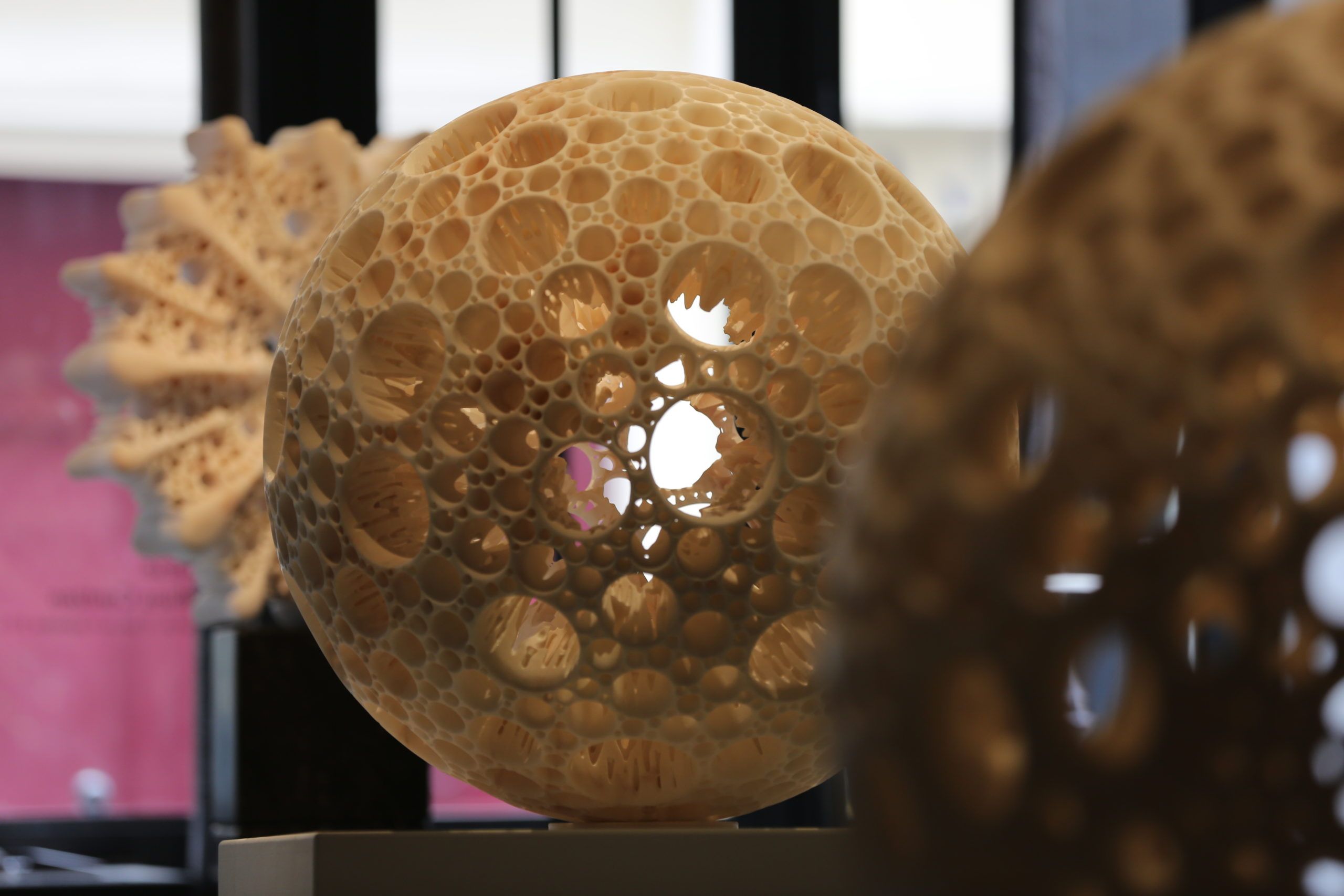 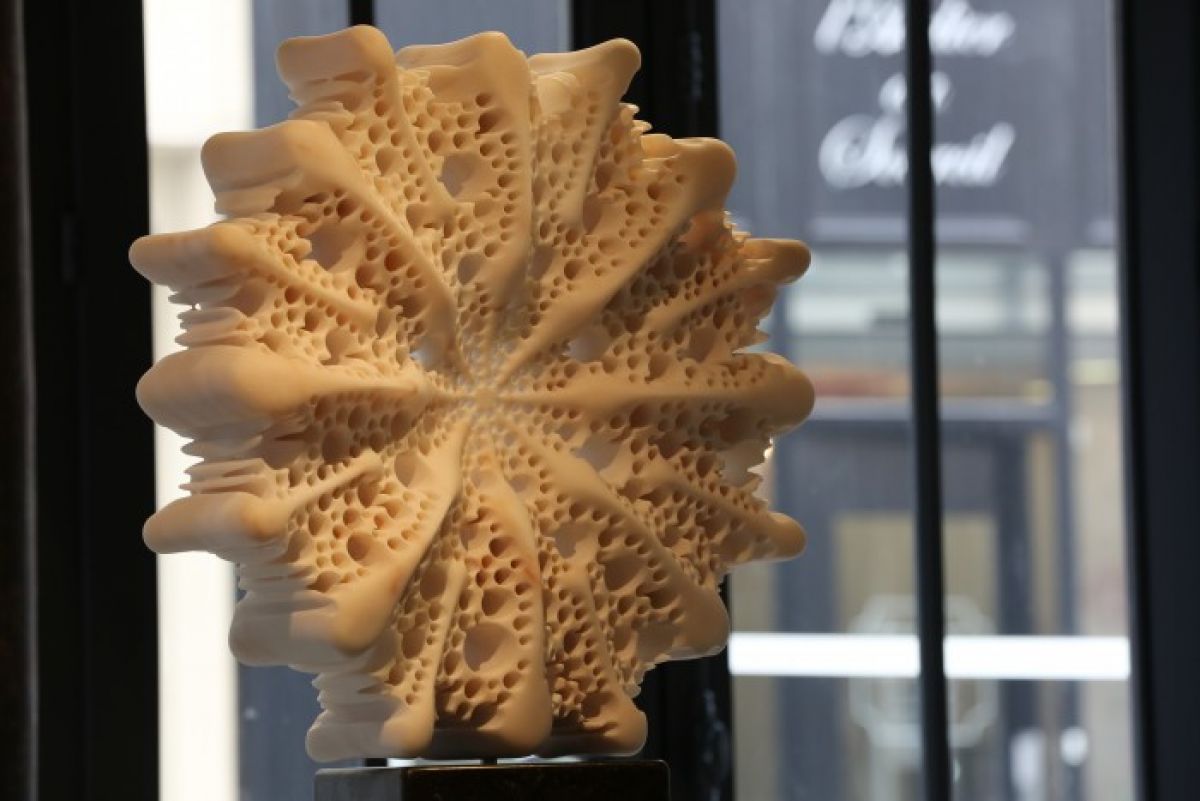 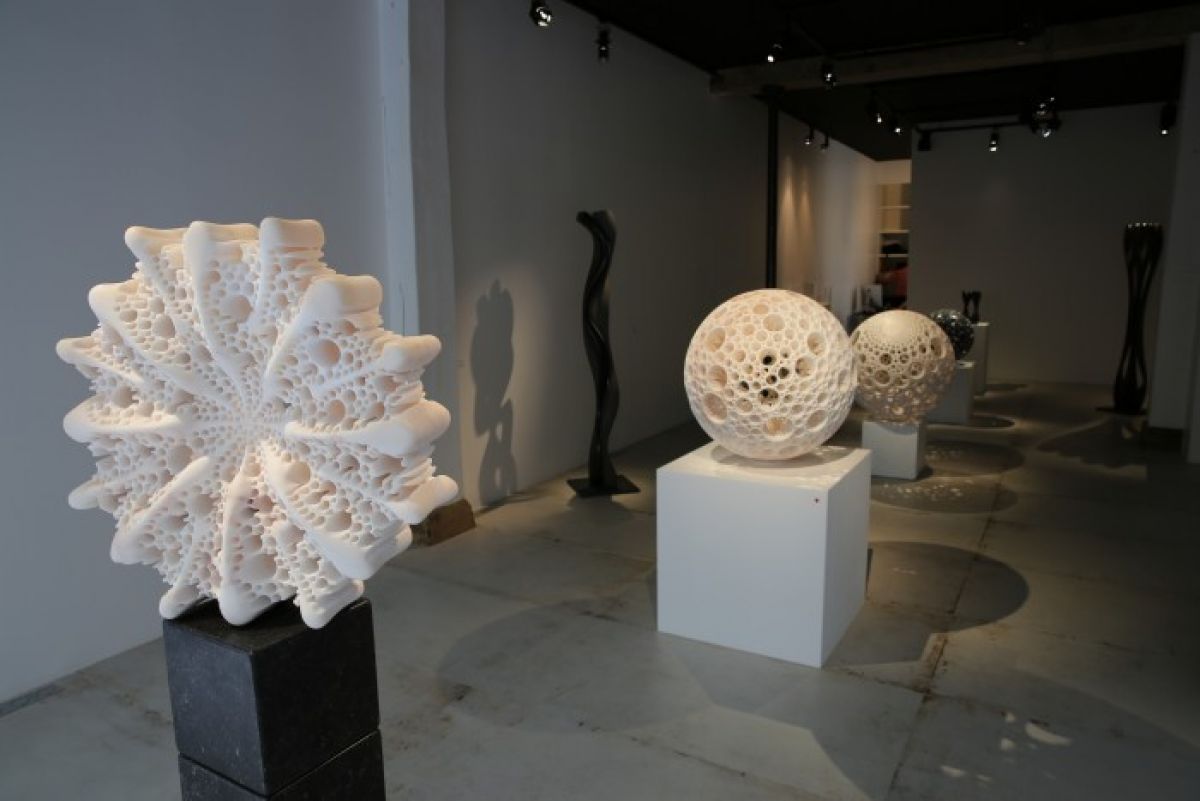 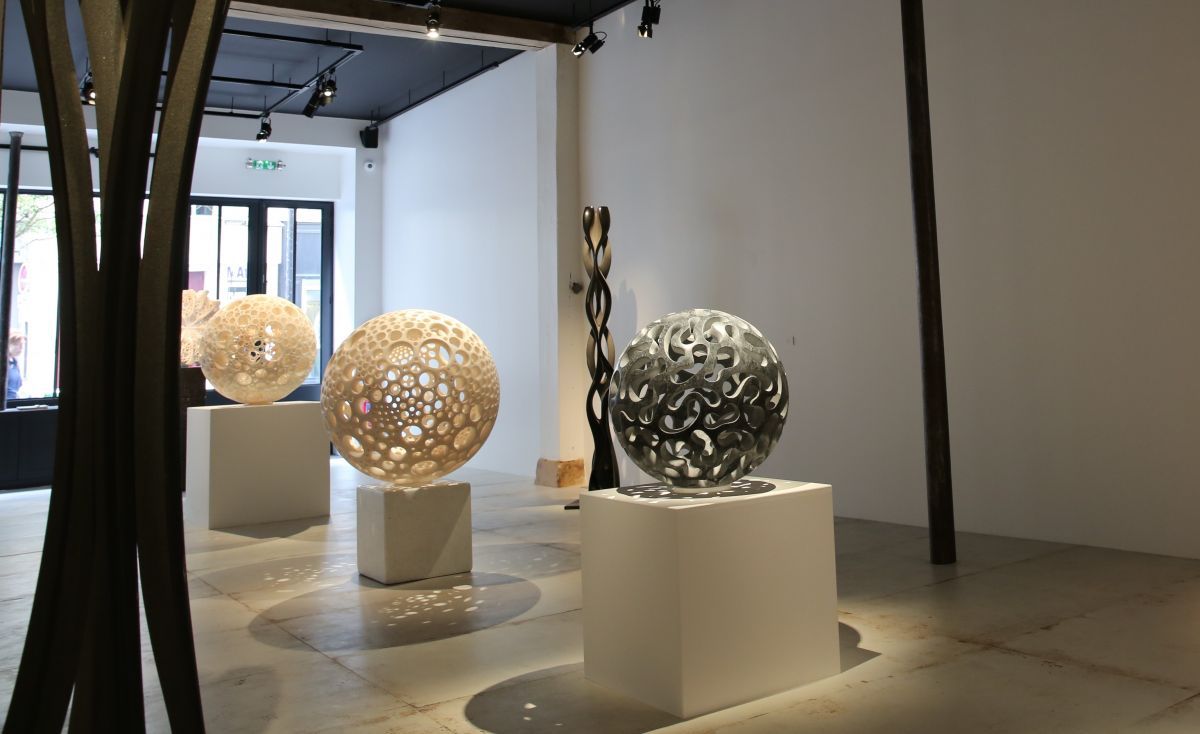 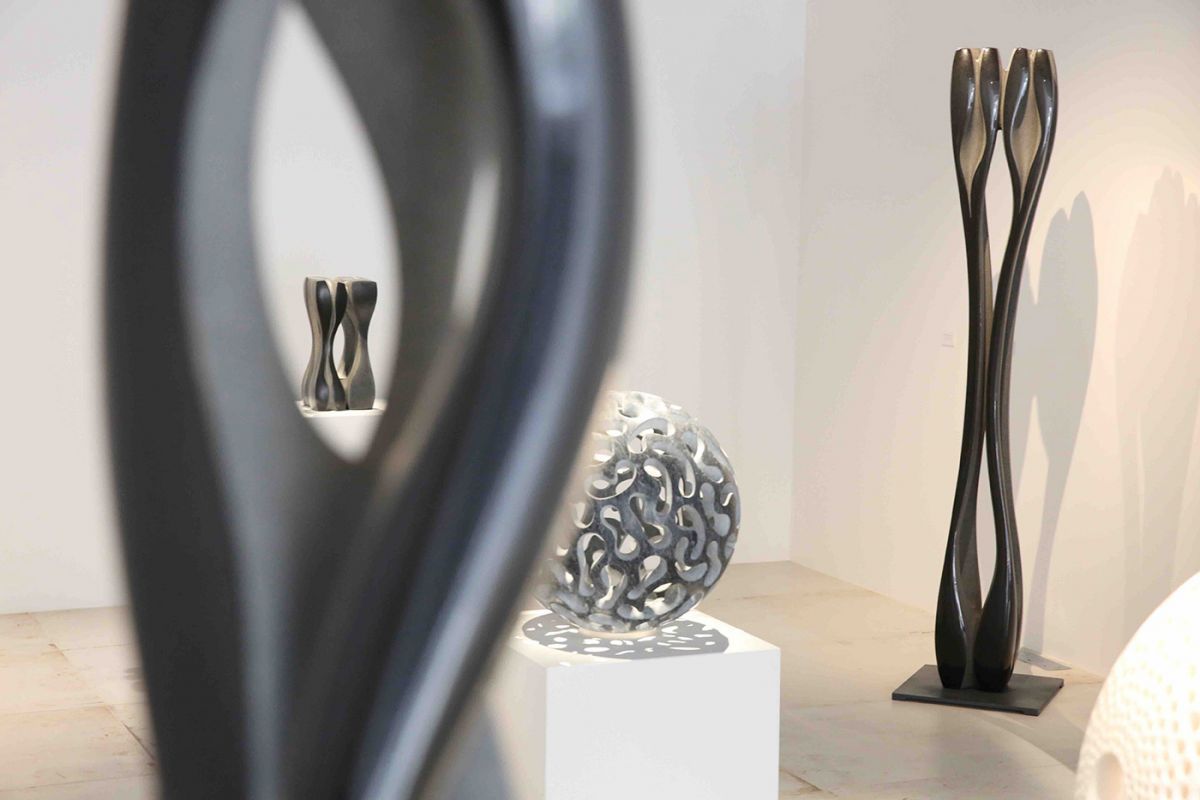 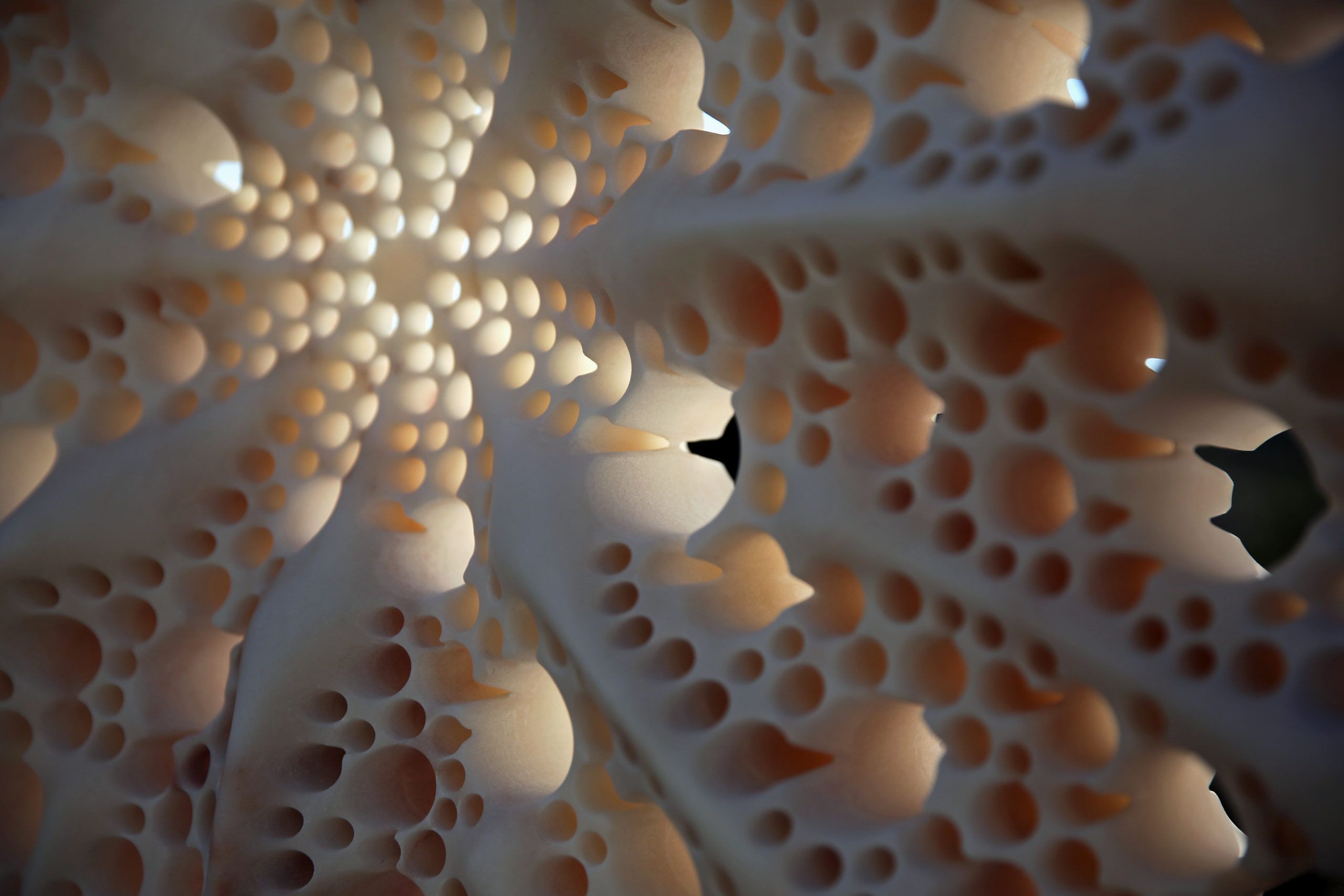 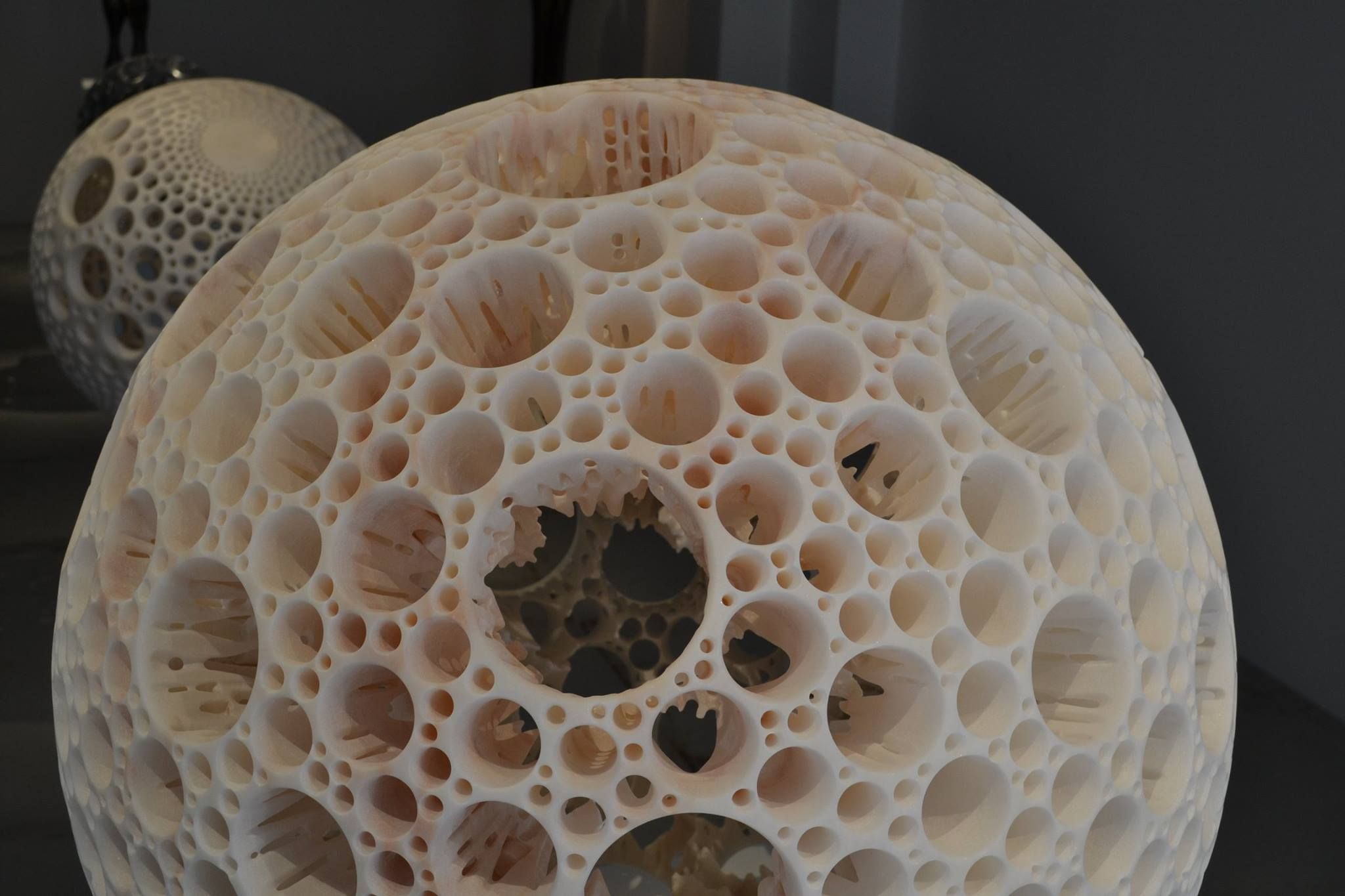 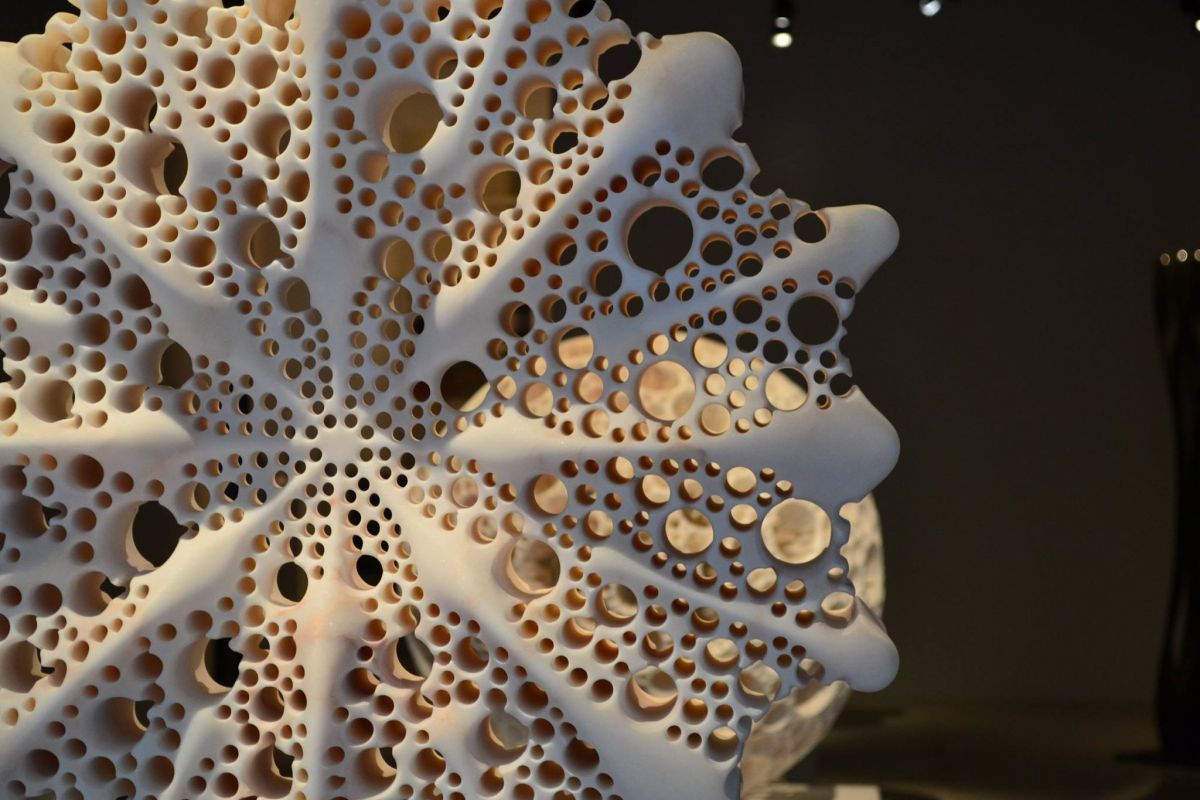 "My planets appear in the infinitely big, a few seconds after the big bang. However their shapes were initially inspired by micro sea weed which appeared on earth more than 150 billion years ago."

Universe, the word is inevitable to describe Matthias Contzen‘s artwork. The action of the artist is taken from a desire to retranscript the essential  of the shape itself. Planet Bean (2009), Planet Alpha (2010), Planet Lucky (2015), and Star (2015) are referring to the principle creation of the universe.

The artist’s chose four of the most significant sculptures from his work of the 2000’s. Fusion (2007), as well as Together We Are Strong (2005), Slow Motion, 2010 and Family (2011). These sculptures, both with organic and sensual shapes creates a harmony. Three miniature sculptures in soapstone, from the 90’s, including the very first sculpture from the artist Dreiben (1982), are also shown for the first time to reveal the beauty of the universe.

Here, sound create shapes : each planet is composed in a unique way. "I have had since my first sculptures a very strong intuition to link shapes and sound, explains Matthias Contzen. (…) My first audio visual installation Planet, in collaboration with Philippine Leroy-Beaulieu, Sven Meyer and John Hassell (during the Nuit-Blanche of 2014), was performed live, materializing this idea of coexistence." The sonorous installation creates its purpose when linked to the installation For You. "It’s with David Hykes, the pioneer of contemplative and cosmic contemporary music, that we chose to work with (…) His room filled with sound fully participates with the censorial experiment that  installation proposes."