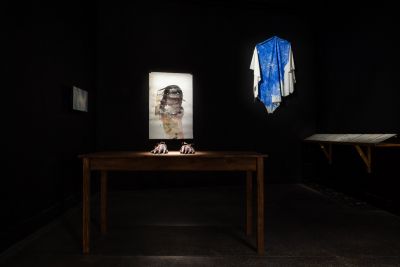 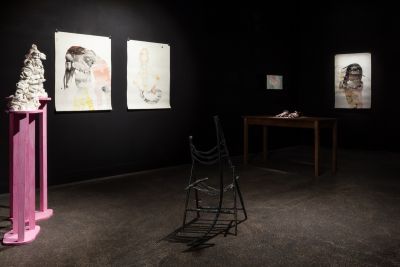 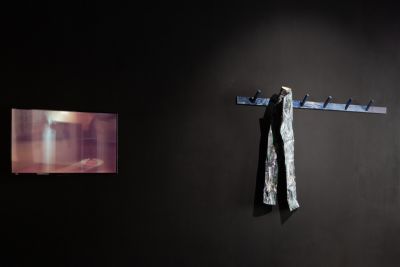 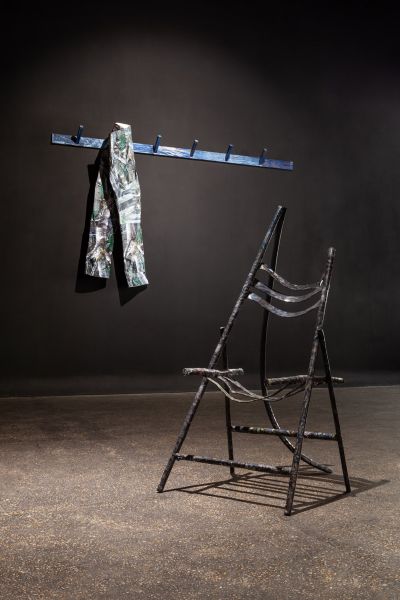 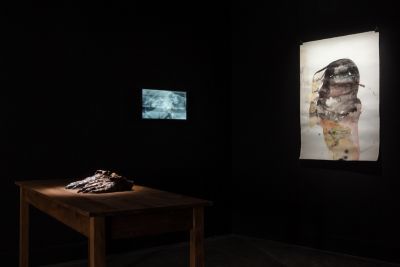 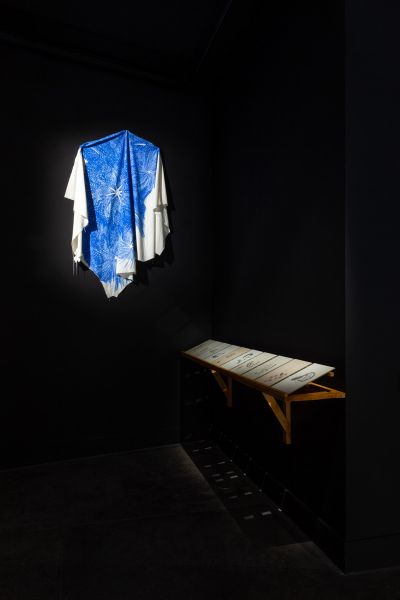 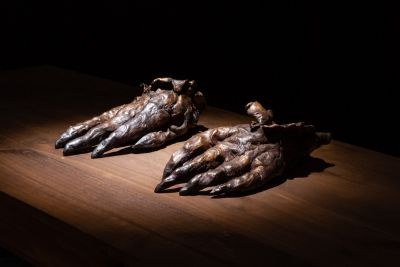 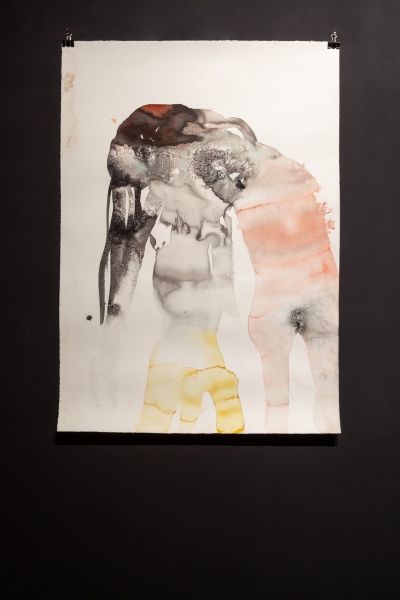 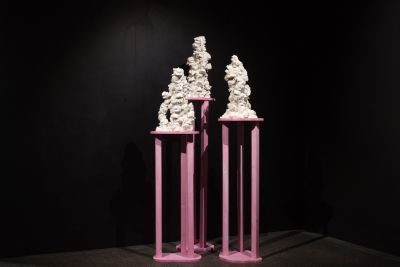 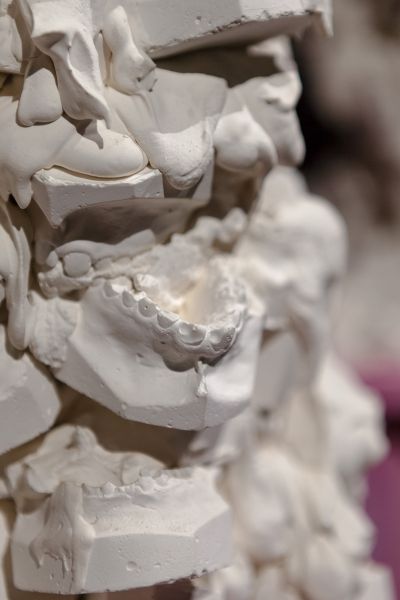 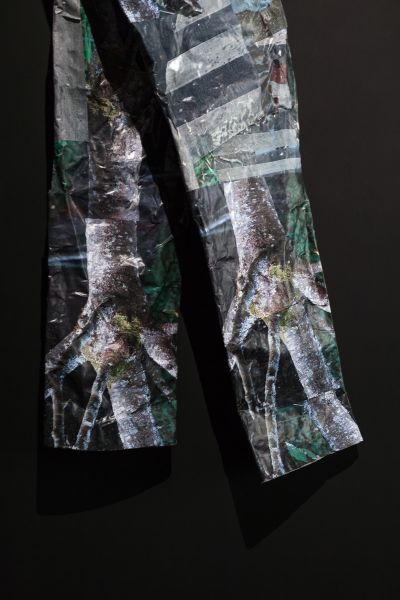 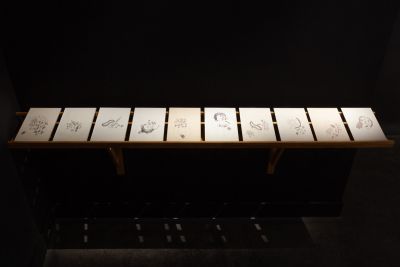 Clara Daquin works in Paris as an art critic and independent curator. She graduated from ECAL, the École Cantonale d’Art de Lausanne with a degree in Visual Arts and from the Sorbonne in Art History. There, she studied how duos and artist collectives following multidisciplinary processes work together. Additionally, she holds a Master's in Curatorial Studies from the Sorbonne University. She has been conducting exhibitions since 2015 with the "Mathilde Expose" collective, including Vertige en terrain plat at the Eva Meyer gallery and the Brownstone Foundation in 2016, as well as No man is an island at the Jardin Exotique in the Pavillon Bosio in 2017. She has worked with the Palais de Tokyo, Lafayette Anticipations, Fondation d’entreprises Galerie Lafayette, Semiose Gallery, and the association, La Source. She regularly writes articles and currently works with "The Community," a collective, gallery, and multidisciplinary platform located in 10th arrondissement of Paris.

Photography is Julia Pitaud’s primary medium, and she uses it as a form of material to create poetic constructions. The artist simultaneously thinks of the body through surrounding objects like clothes ("human’s second skin") and through the theme of chairs as a kind of foundation, considered through the prism of movement. La Chaise (2015) is made out of recovered inner-tubes, and is decorated with pictures taken during the artist’s travels abroad. Two forms of motion can be read compositionally through the piece: an invisible one, as if strangers were riding bikes, and a personal one, in regards to the artists’ voyages. The piece displays a structure that cannot be static, as the object appears to be growing limp; the artwork is relaxed, and the visitor may be perturbed by this notion. Paris-Alençon (2016) references the gesture of taking off one’s coat when entering a home, and the title refers to the journey that the artist has made for months to meet her partner. Pictures taken in Paris are joined with ones from Alençon, while a tree trunk merges itself with a pant leg. In 2016, Pitaud became interested in the idea of collecting used clothes, thinking about how they came from people she never knew and never will know. She chose white clothes as a blank page where she could place her ideas and intentions. 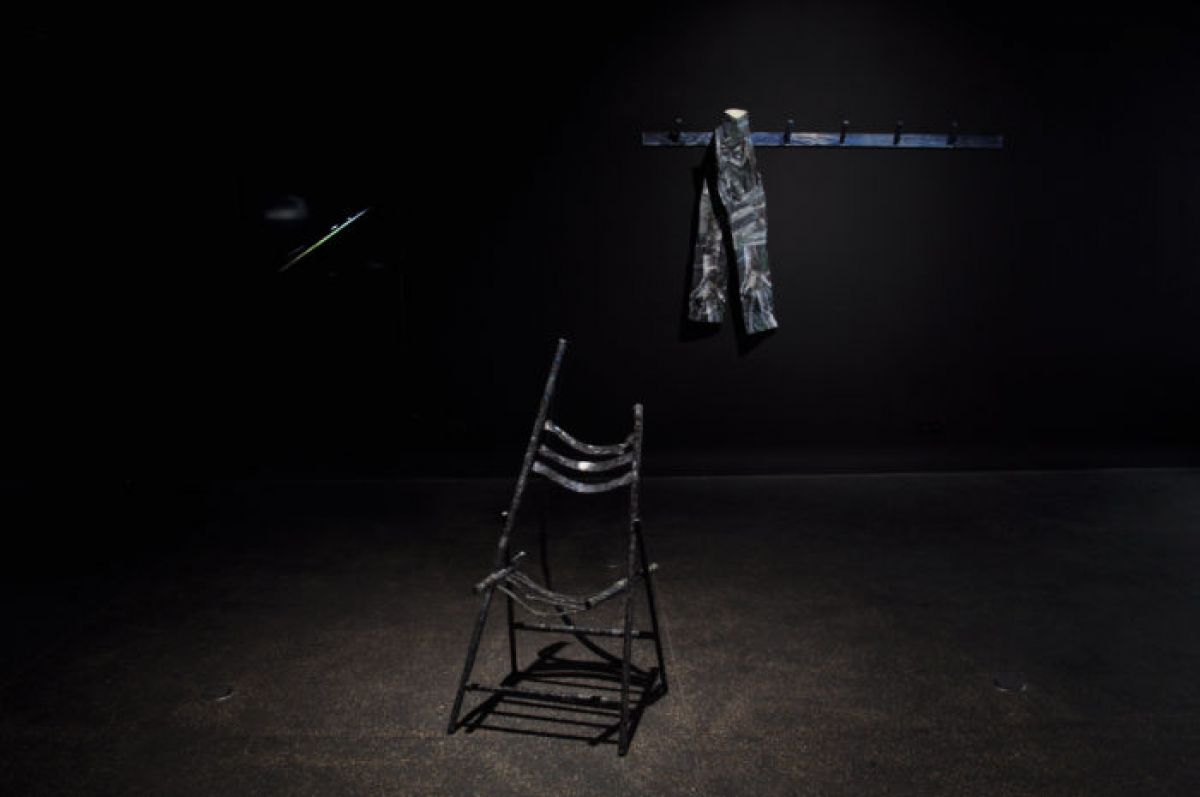 For duo Nidgâté (Yuyan Wang + Qin Han), the concept of the body is already present in their name. Nidgâté is a word coming from ancient Asia, meaning "rough skinned hands, without skill nor expertise." It is not by chance, then, that their film The Devil In The Details (2017) offers an anthology of gestures. Guided by a soundtrack of finger snaps, the film displays movements that can be assumed as genderless: a hand holds a butterfly, another one catches a strand of hair... Out of these "tireless partners," Henri Focillon said, "The hand is action: it takes, creates, and we could say that, sometimes, it has thoughts." In That Day (2017), the body is removed from the picture. Supported by an audio clip from a personal growth and relaxation session, the video presents movement through many indoor spaces. The artists have appropriated extracts from horror movies, where the bodies are absent, but the story remains. The suspense is steady, and plays on both mental and narrative constructions. 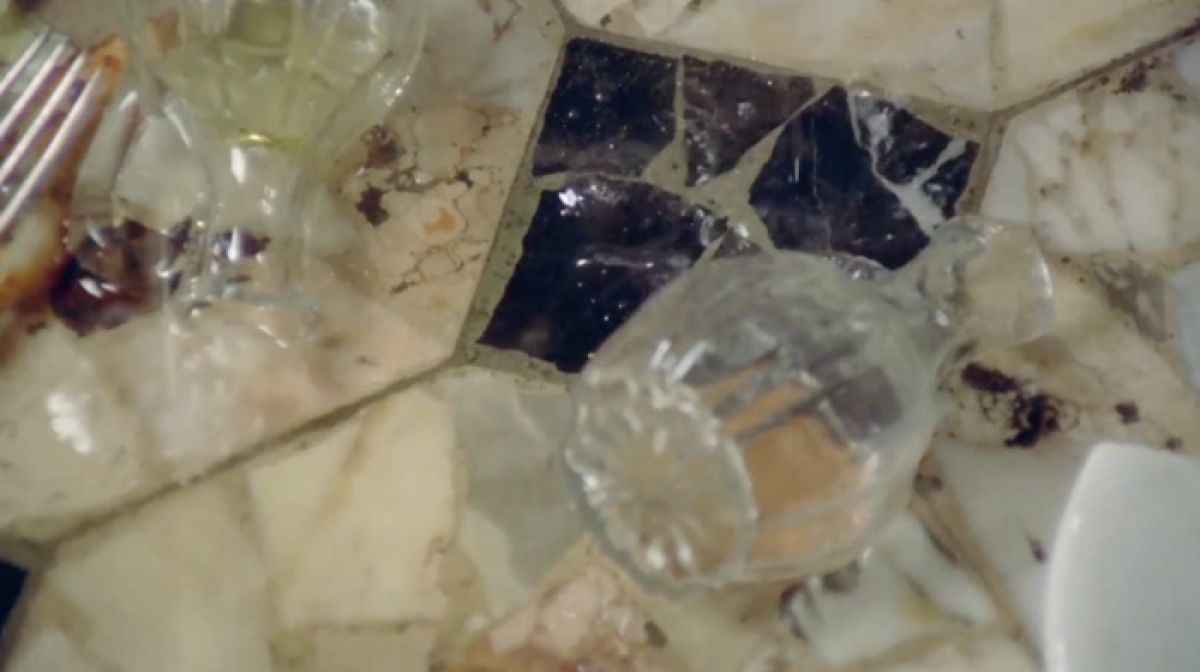 In her paintings, Chloé Julien, a bit dazed, sticks "Caramel dans les cheveux" (2010), or "Caramel in her hair." She also perceives life as perpetual renewal, like the character Sisyphe (2008), cursed by endlessly pushing his rock to the top of a mountain. Sometimes the artist finds a partner with whom she can share her joys, such as in Sur ton dos (2008). Julien’s watercolors draw a contorted, corporal space that spreads, overflows, and melts. The artist sees chaos as a permanent state of being. What kind of chaos is it, then? Which type of tension? Is it one that exists between body and soul? The soul in her drawings inserts itself and invades her drawings with strong emotion. She views her own body without organs and that rather, it is inhabited only by the soul. Here, the body is represented by what fully composes it, with matter that is at once invisible and carnal. 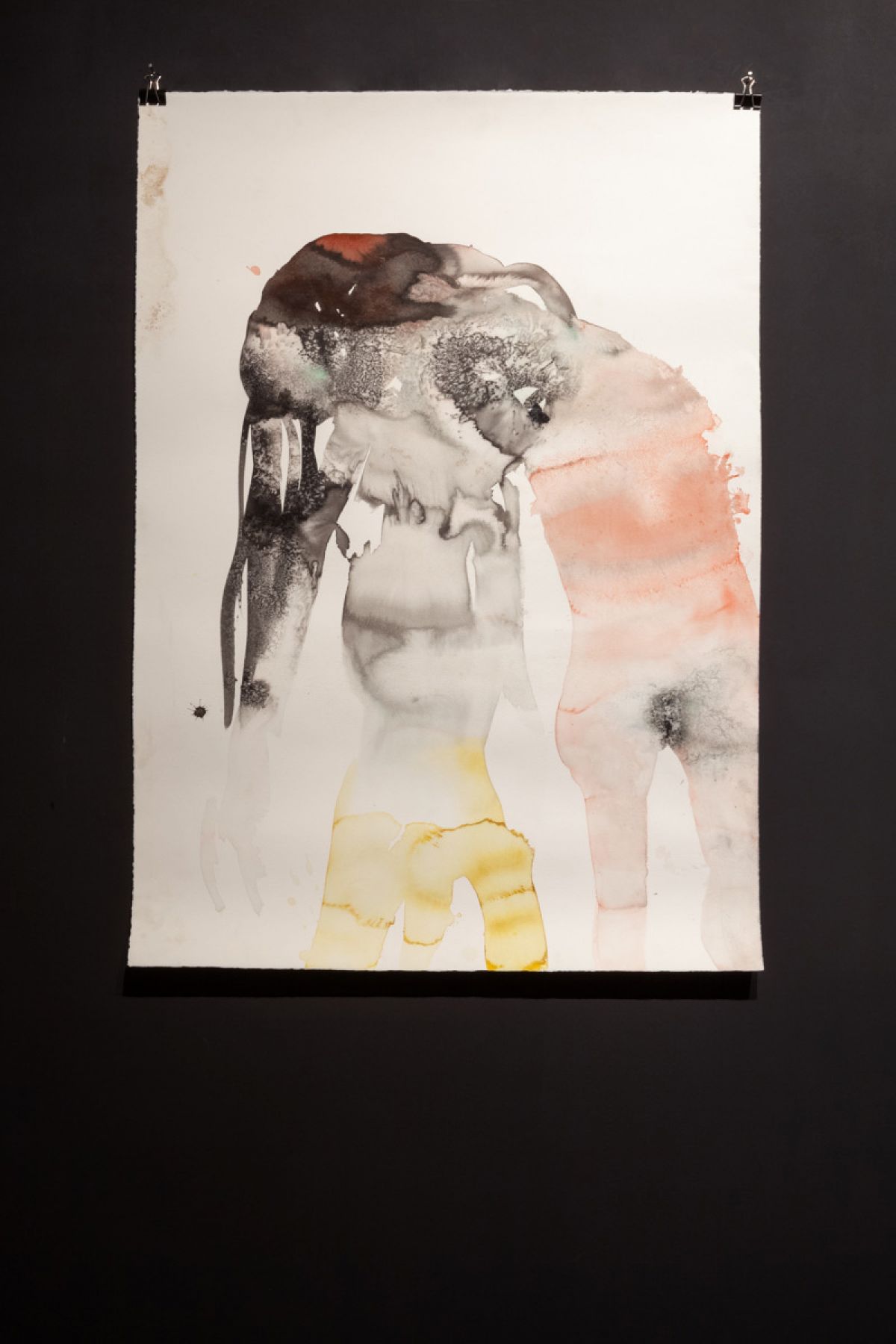 Through two anthropomorphic sculptures, Florian Mermin invites us into a dreamlike world where we can find disturbing Freudian eccentricities. Bouche d’égouts (2013) appears to be made out of large, sugary meringue, but with a closer look, we can see that is is made out of plaster and contains teeth. Mermin associates an interest in the body with the integration of dreams that exist in a concrete reality. These mute mouths appear real enough to be able to eat or swallow, and the pink of their stand resembles the color of gums. The piece Peaux (2015) is made up of two bronze gloves placed on top of a wooden desk. We can only imagine the story behind the piece in this room, where time ceases to exist. Was it a monster who laid down his hands before entering? Or do these gloves help to hide rough and ugly hands? 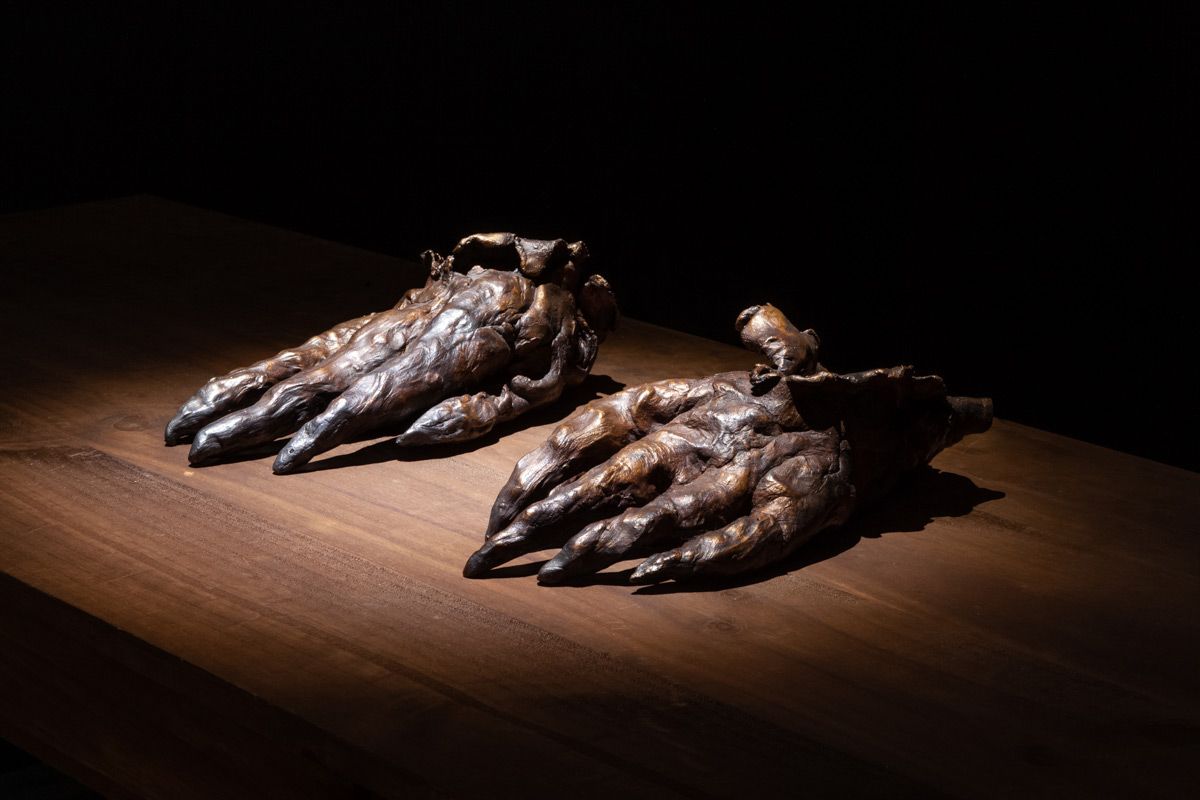 Inès Panizzi made this series of drawings while she was at Col d’Allos, which is located in the Southern Alps. Surrounded by mountains, the artist pursued a ritual where she woke up, made tea, and left her chalet to wander. Inspired by her morning hike, where she breathed in hundreds of micro-organisms, and saw insects and animals, she would go home afterwards and begin drawing. During these hikes, she created links between the stars, living beings, and the insects that surrounded her, and then drew these elements in a style rendering them almost identifiable. These drawings, like small studies of the universe, display the interactions between close and far, tiny and vast, macro and microscopic. 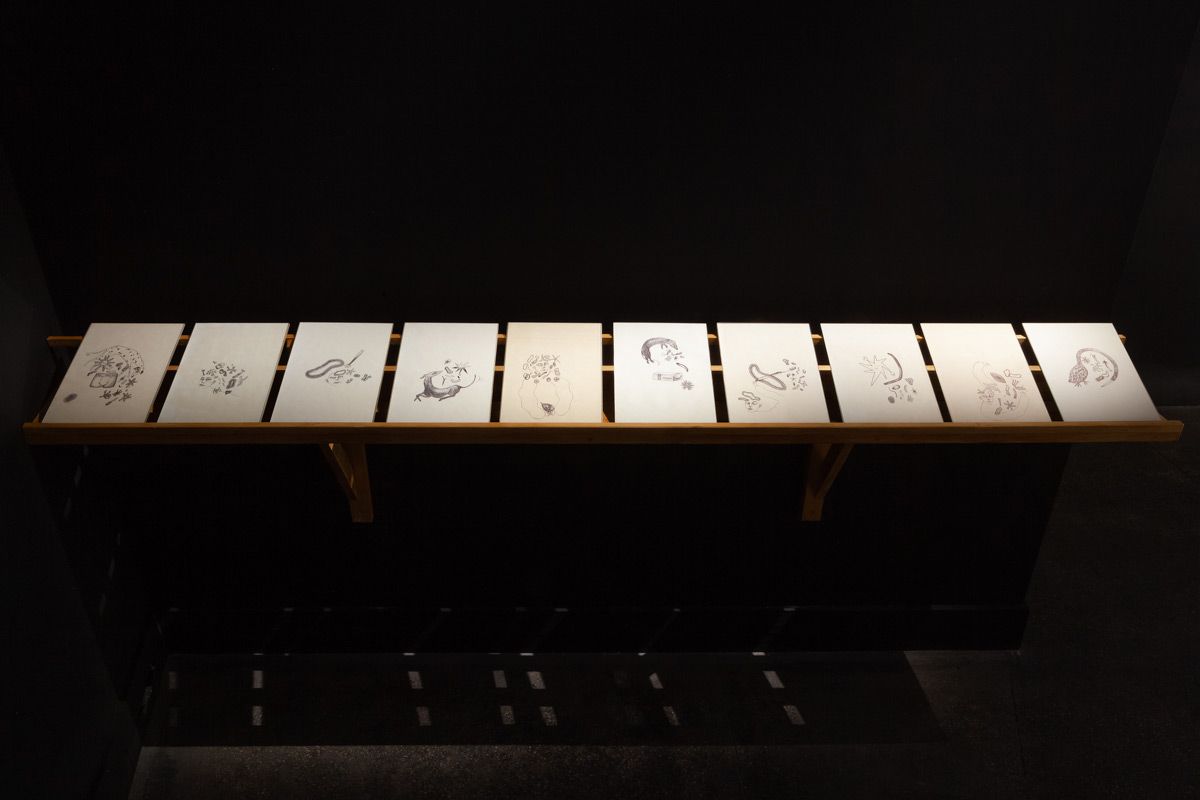