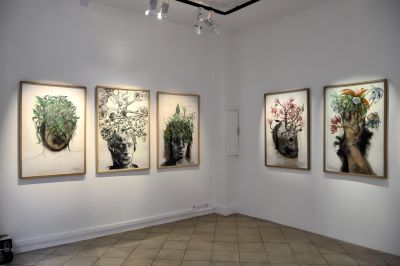 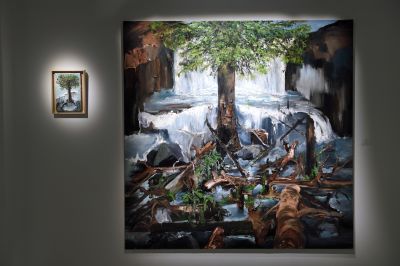 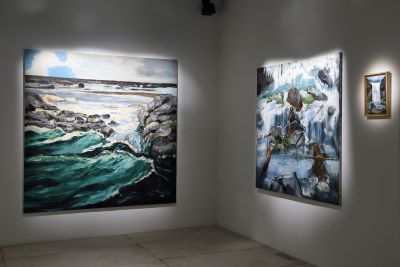 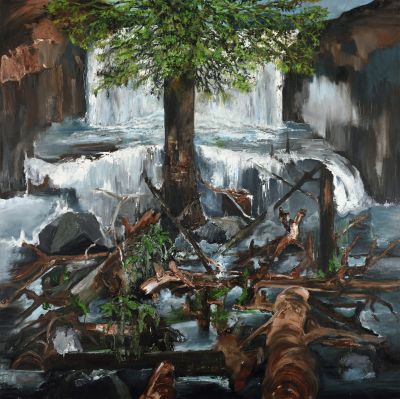 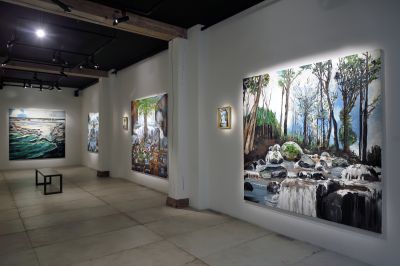 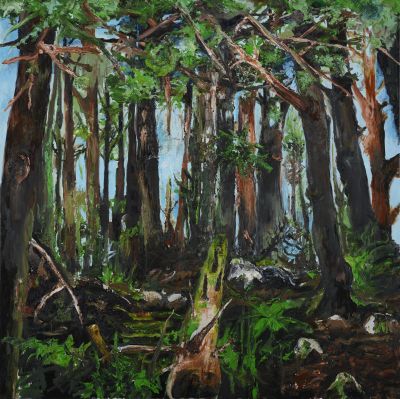 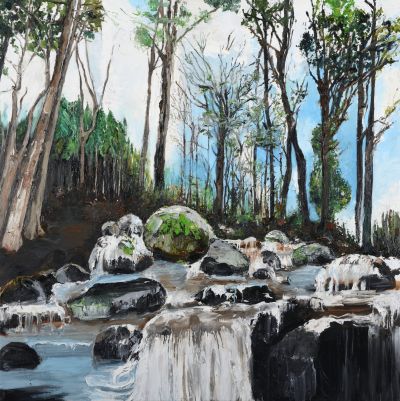 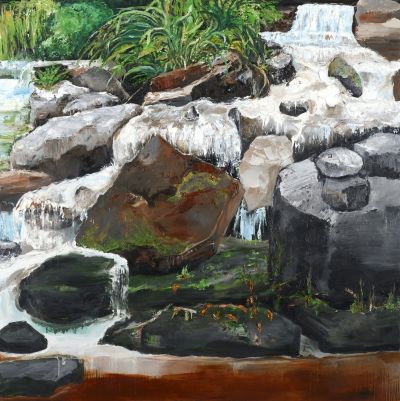 This exhibition highlighted the correspondences between human beings and the dynamic principle of nature, inherent to each being. "The transformation of violence into beauty" says Fred Kleinberg leads to a wild nature, another organic face of the interiority. Referencing Cézanne, "The landscape is thought inside me and I am his conscience." This invocation of nature places the human in a cosmogony that corresponds with the elements, the changing seasons, the cycles of the moon, and alternating tides.

In the large landscape paintings, the viewer discovers a forest, in another canvas, a waterfall. These places, born of Kleinberg’s imagination, are as much reminders of his travels as a desire for nature. They are mental landscapes, marked by the absence of any figure. Here, the landscape becomes a screen of the imagination, a projection space par excellence. For Kleinberg, it is his desire to immerse himself and disappear in the earth. A dialogue is then established on a canvas with the sensations of a landscape: the mist rises in the undergrowth, the lapping of the waves skirting the moss of rocks, the breathing of the humus. "How does one make the life of a leaf, a branch, a trunk palpable, when it becomes alive as in a glance," says Kleinberg.

In Fred Kleinberg’s drawings/pastels, the human figure is perceived as a composite body, each part of it is connected to the universe, belonging as well to the kingdom of the plants, the mineral and animals. Understood in his relationship with his natural environment, the human becomes a living interface, suggesting a new alliance between nature and culture.