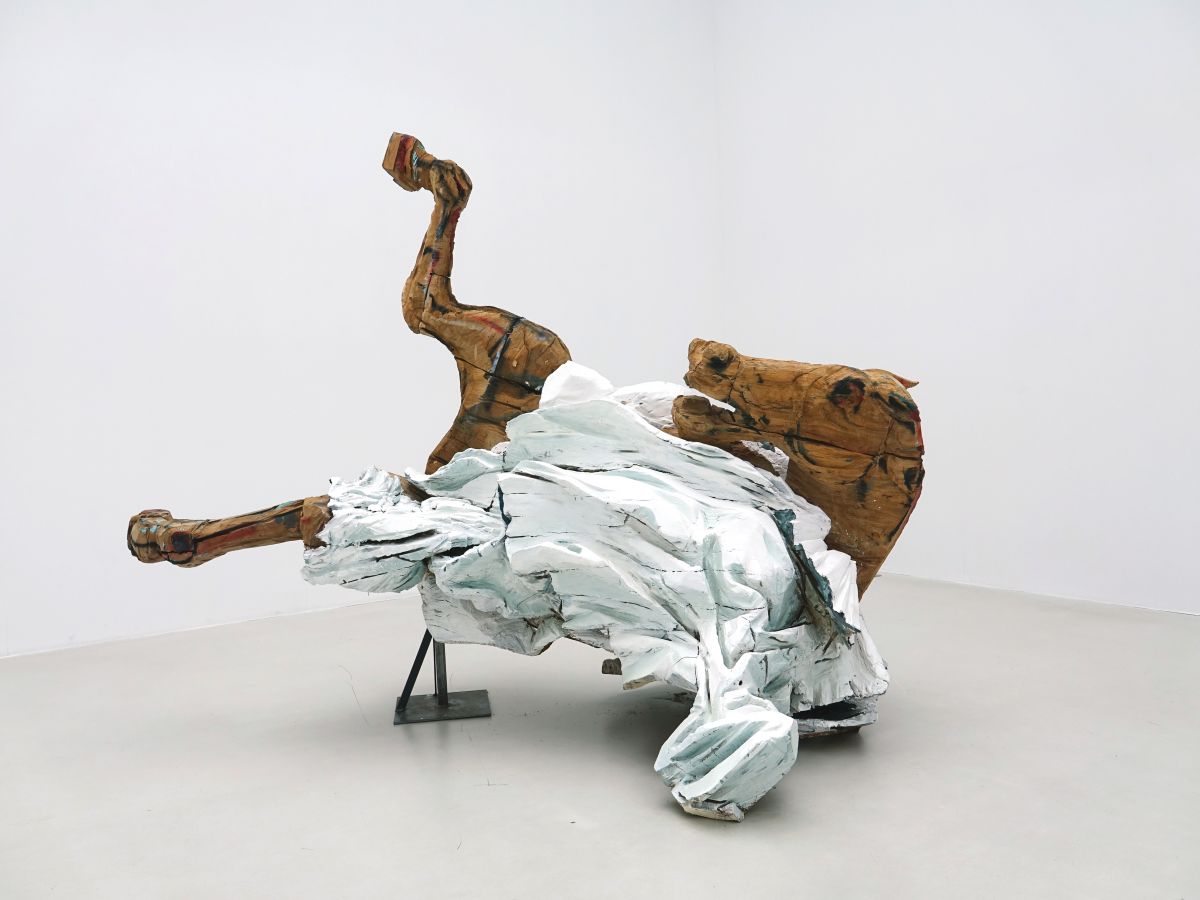 Cedric Le Corf was born in 1985 in Bühl, near Baden-Baden (Germany), he lives and works in Brittany, in the Morbihan region. He graduated in 2009 with honours from the École Européenne Supérieure d’Art de Bretagne in Lorient.

The anatomical landscapes inspired by Jacques Fabien Gautier d’Agoty’s boards have resurfaced over time as an inspiration for Le Corf’s work. Little by little, a dismembered man is transformed into a landscape of a man. Humans, trees, and the earth all possess a kind of “skin” and with it, the ability to be flayed. Is it not true that a dissected body is merely a wide range of landscapes, full of mishaps, folds, and crevices? The slightest roughness in bone is reminiscent to the rocky landscapes of Patinir; the venous, arterial, or nervous network irrigates like rivers, plains, and estuaries; muscles, like the clay of Genesis, model gorges and mounds.

Using this metaphor, he uses plant roots as a landscape element to interlock bones, vertebrae, or joints made of porcelain. The root, in its etymological sense, is one element implanted inside another, much like the root of a tooth, a hair, or the dorsal root. It thus opposes the raw element of chaos to the mastery of creation, from roughness to polish, from decomposition to the inalterable, from the durability of art to the ephemeral man.

Imbued with the Rhineland and Armorican heritage, confronted with the pathos of Grünewald (Baldung Grien), the hanged men within “Des misères de la guerre” by Jacques Callot at “l’Ankou,” along with the macabre dances of Kernascléden, where the animate and the inanimate are mixed, to the horror of the mass graves of Sobibor, Le Corf tries, by attaching himself to a motif, to deafen the subject that the sculpture, the painting, or the engraving contains.

He has done several artist residencies, including the Dufraine Foundation in Chars, Académie des Beaux-Arts 2016-2018, the Spitzberg Expedition Residency 2017, Member of the Casa Velasquez in Madrid 2018-2019, and the Miro Foundation in Palma de Mallorca 2019.

He received the Georges Coulon Prize (sculpture) from the Institut de France, Académie des Beaux-Arts in 2017.

He has participated in numerous solo and group exhibitions in France, Germany, Spain and Belgium. 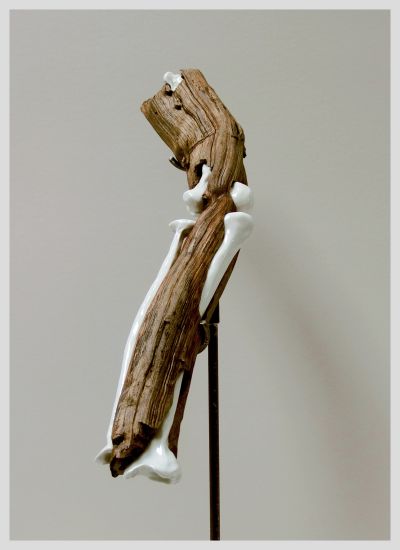 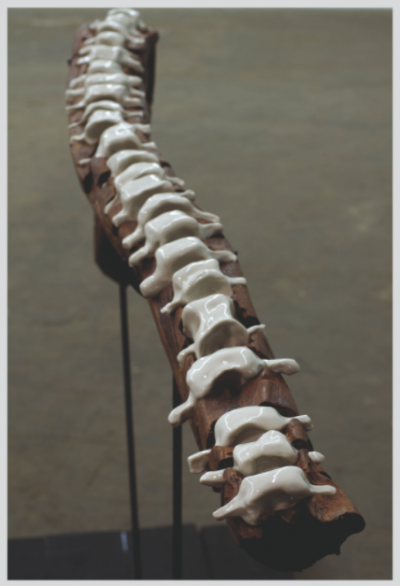 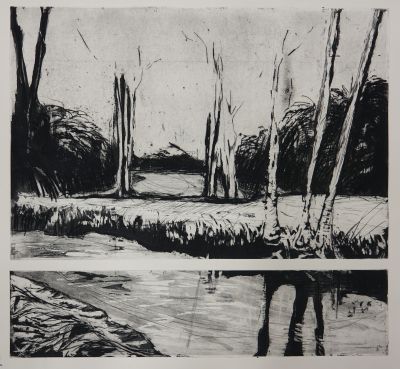 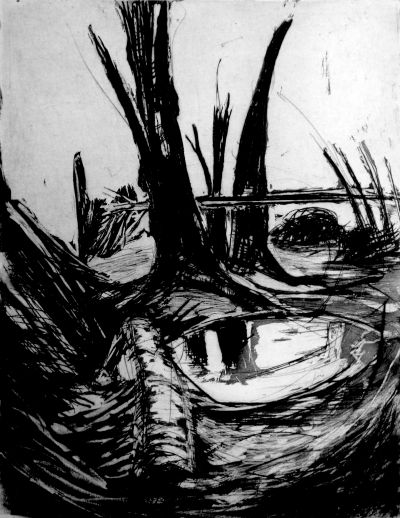 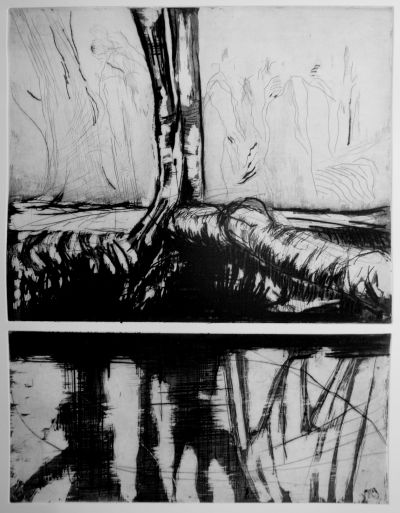 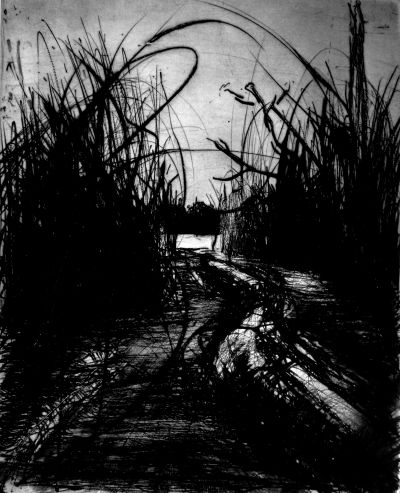 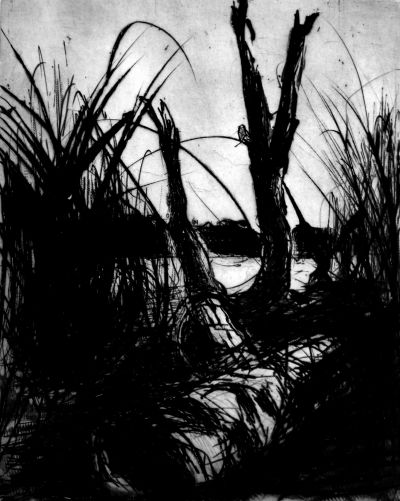