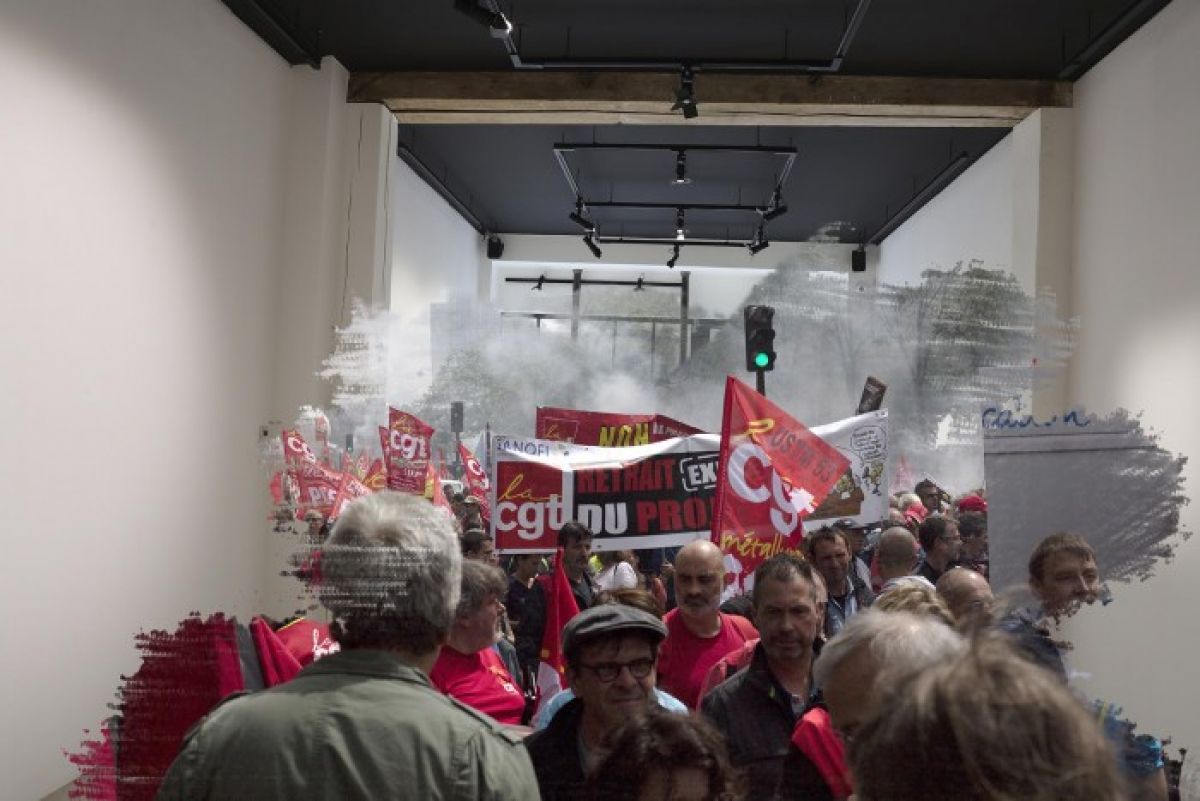 Deemed as "urban lies," Pierre Delavie’s work questions reality and challenges our visual perception. Softening a Haussmannian building on Avenue George V in Paris, re-establishing the Chateau de Versailles’ strict architectural alignment, distorting La Canebière (the historic high street in the old quarter of Marseille, France) for the event “Marseille, European Capital of Culture,”  are his way to change reality in order to better reveal it, all while soaking up the history of the chosen environment.

On January 11, 2017, he placed, without permission, a piece entitled “Radeau de Lampeduse” that sunk in the Seine. The monumental canvas unwound itself for hours in front of Hotel de Ville as a way to protest mistreatment towards refugees, while supporting the BAAM (a center for welcoming and aiding migrants), who sent their wishes to elected officials.

As such, his presence at the Loo & Lou Gallery felt natural. He said, “I found a new momentum from outdoor to indoor in relation to my research around contextual art, attempting something that is all-encompassing and holistic. The displacement of “Nuit Debout” and the movement against the work law is part of the Parisian reality. What’s been vibrating around the Place de la République since 1789, without being seen, is what we saw.”

And if the traces have disappeared, they will reappear as brushstrokes capable of definitively freezing the incessant film of daily life. Which only painting is capable, but can we trap the uncertainty?